Regeneration practitioner and academic, Dr Hans Schlappa is the lead expert on Re-growCity. This network focuses on small and medium sized towns facing urban decline and shrinkage following Altena (DE)’s successes including starting an NGO such as the Stellwerk with minimal funding.

An increasing number of urban settlements in Europe and elsewhere is losing out in the fight for investment and growth, finding themselves on the sidelines of global shifts in production and consumption. Comparative assessments of urban shrinkage undertaken by the OECD and the UN show that large cities continue to grow, even in adverse economic conditions, while increasing numbers of smaller towns are beginning to shrink and quickly get locked in decline. By some estimates 40% of urban settlements in Europe are shrinking, with most of them being the small and medium sized urban areas where close to one third of the European population lives. In those towns and cites the control of decline, rather than the facilitation of economic growth, has become a strategic objective.

The dynamics of long term decline are characterised by complex interactions between demographic change, economic contraction, sub-urbanisation and migration. There is a hotly contested debate about what constitutes urban shrinkage: is it significant population loss, reductions in jobs, collapsing property prices, an ageing population? Which of these are the most important indicators and to what extent do they need to be present to signify long term decline? Local and national governments struggle to respond to urban shrinkage, in part because these dynamics point to a ‘wicked problem’ of urban development, but also because decision makers realise that established approaches to encourage economic development have failed in urban areas that struggle with shrinkage. 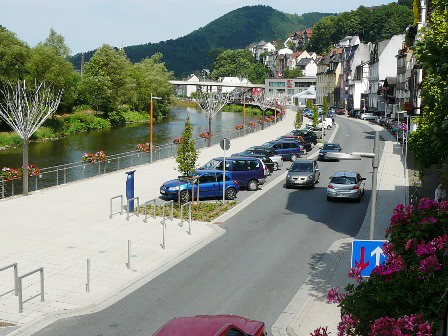 The town of Altena (DE), which leads the Re-grow City network, has a track record of widely recognised good practices that facilitate the development of sustainable initiatives to tackle the causes and consequences of urban shrinkage. Many of these practices were created with a minimum of external resource input. This means that Altena provides examples where the response to decline is rooted in local resources and expertise. The experience of Altena shows that activating often dormant resources and opportunities requires a frank debate about the future direction of the town. Altena also shows how difficult this can be: a municipality that struggles for decades to reverse decline, closing nurseries, day centres, libraries, and sports facilities contributes, albeit unintentionally, to a discourse tainted by a sense of resignation about the state of affairs in the town. To initiate a debate about a sustainable future for the town, and to activate the resources a town holds, those in leadership roles need to initiate a conversation that builds a shared interest around the need to tackle problems with the limited resources that are available. Focusing on two specific practices, Altena supports Re-grow City partners in beginning such a dialogue with their URBACT Local Groups.

Partners of the Re-grow City network transfer practices in relation to two broad themes that are central to any strategy concerned with tackling long term decline, namely economic revitalisation and developing civil society. After analysing the needs and capacity of Re-grow City partners two thematic packages were identified for transfer: one concerned with utilising vacant premises in town centres and the other with harnessing the resources, skills and networks of the town’s inhabitants. Within the thematic package of utilising vacant premises the transfer will focus on practices concerned with pop-up shops. The other thematic package will focus on transferring practices associated with the establishment of an NGO platform. 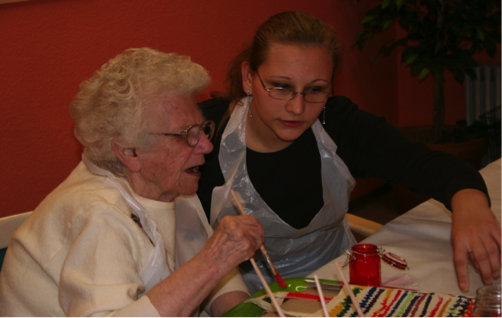 Municipalities of towns struggling with long term decline tend to suffer from severe budgetary constraint due to falling tax revenues and lack of external investment. At the same time, the high proportion of older, unemployed and vulnerable people in the population requires increasing amounts of often costly services. Fostering the engagement of inhabitants who are not in paid employment but have access to skills and resources to help support those in need builds the capacity of civil society to engage with often complex social problems in a structured way. Altena founded its NGO platform in 2008 and called it Stellwerk, the title implying that its function is about co-ordinating and directing activity. The Stellwerk started without a budget. The municipality made available premises, paid the energy and cleaning bills, provided a minimum of administrative resources. Currently the Stellwerk has 8 volunteer workers who co-ordinate several hundred volunteers providing disability support, arts and music groups, home visiting and home care services, refugee integration and much more. The Stellwerk provides an essential channel of communication between civil society and municipality. Stellwerk does not have a representative function but it reflects the nature of local civil society and is independent from the municipality. 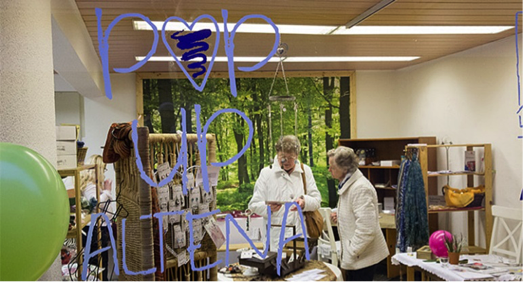 Economic decline and outmigration of economically active populations result in an over-supply of retail premises. Town centres are especially affected by this because commercial rents tend to be higher than elsewhere and traders move to cheaper quarters in order to make ends meet. Pop-up shops provide an effective way to populate the town centre with new enterprises. The goal is to support entrepreneurs in testing the viability of their business in that particular location and then facilitate the transition into permanent rental agreement with the property owners. The municipality carries some costs and also risks during this period and needs to be prepared to overcome resistance from existing shops and also the owners of empty premises. Altena experimented with two models, succeeding the second time round in establishing 14 pop-ups of which 5 are now trading as permanent, regular businesses on the high street. Achieving this in a context of long term decline, financial austerity and without external subsidy is an achievement locals are rightly proud of.

Re-grow City deliberately focuses on small and medium sized towns, not only because they make up the majority of urban settlements dealing with decline in Europe, but also because they face distinctive challenges in terms of constrained resources and limited technical capabilities when compared to larger cities. These constraints offer opportunities, however, for example robust social networks with high levels of ‘social capital’ and short decision making routes that speed up the adoption of untested or controversial methods. Taken together with the resources and skills local people have, shrinking cities are places of opportunity and can demonstrate considerable resilience even where they face severe constraints. By initiating a process of critical reflection on the opportunities the town can create on its own, Re-grow City assists partners in the development of a strategic approach towards re-envisioning their future, where the complex task of re-growing smaller, and perhaps better, will be continued beyond the duration of the network.