Programme Lead Expert, Ruth Essex, shares her insights into promoting social cohesion and challenging the nature of rumour- ideas from her experience with Amadora, Portugal (PT)

“Immigrants live off grants from the state”

These were some of the rumours found to be circulating in Amadora… not unfamiliar comments heard in many cities across Europe.

Indeed, immigration continues to be one of the most prominent political issues in Europe. In recent years the exceptional migratory flows together with the global economic crisis have inflamed political extremism and led to growing distrust from local communities towards migrant populations - both established and new. Voters in many countries consider immigration to be one of the most pressing challenges facing their country, and ‘radical right’ political parties who oppose immigration continue to find support in many countries

Amadora, a dynamic and multicultural municipality located in Lisbon’s North Metropolitan area decided that it was time to do something about these unfounded rumours. A local network of people and organisations set out to spread more positive and factually accurate messages about the city and it’s inhabitants.

Do Not Feed the Rumour was the communications campaign and programme of integration activities developed and implemented by Amadora in 2014-15, through participation in the Council of Europe (CoE) project “Communication for Integration: social networking for diversity (C4I)” - a network of 11 cities from 7 European countries. Based upon practice originally developed in Barcelona, Amadora produced their own bespoke and holistic approach to an anti-rumour strategy.  This approach directly and assertively addresses the issue of prejudice and misinformation through dispelling rumours and deconstructing stereotypes.  It also emphasises the potential and positivity of cultural diversity, both promoting inclusion and strengthening community cohesion.

Amadora firstly undertook a process of local intelligence gathering in order to discover what were the most common rumours being spread locally and to compile the factual (counter-rumour) information. Based on this research, they developed a targeted anti-rumour strategy composed of a viral communications campaign with a strong visual identity, public actions, community discussions, participatory art and theatre workshops and a schools programme. 28 local people attended specialised training to become ‘anti-rumour agents’ and these people acted as advocates for the programme, becoming trainers in their own organisations, cascading knowledge and skills throughout local communities. A perception change evaluation was built into the programme in order to measure the effectiveness of the activities. 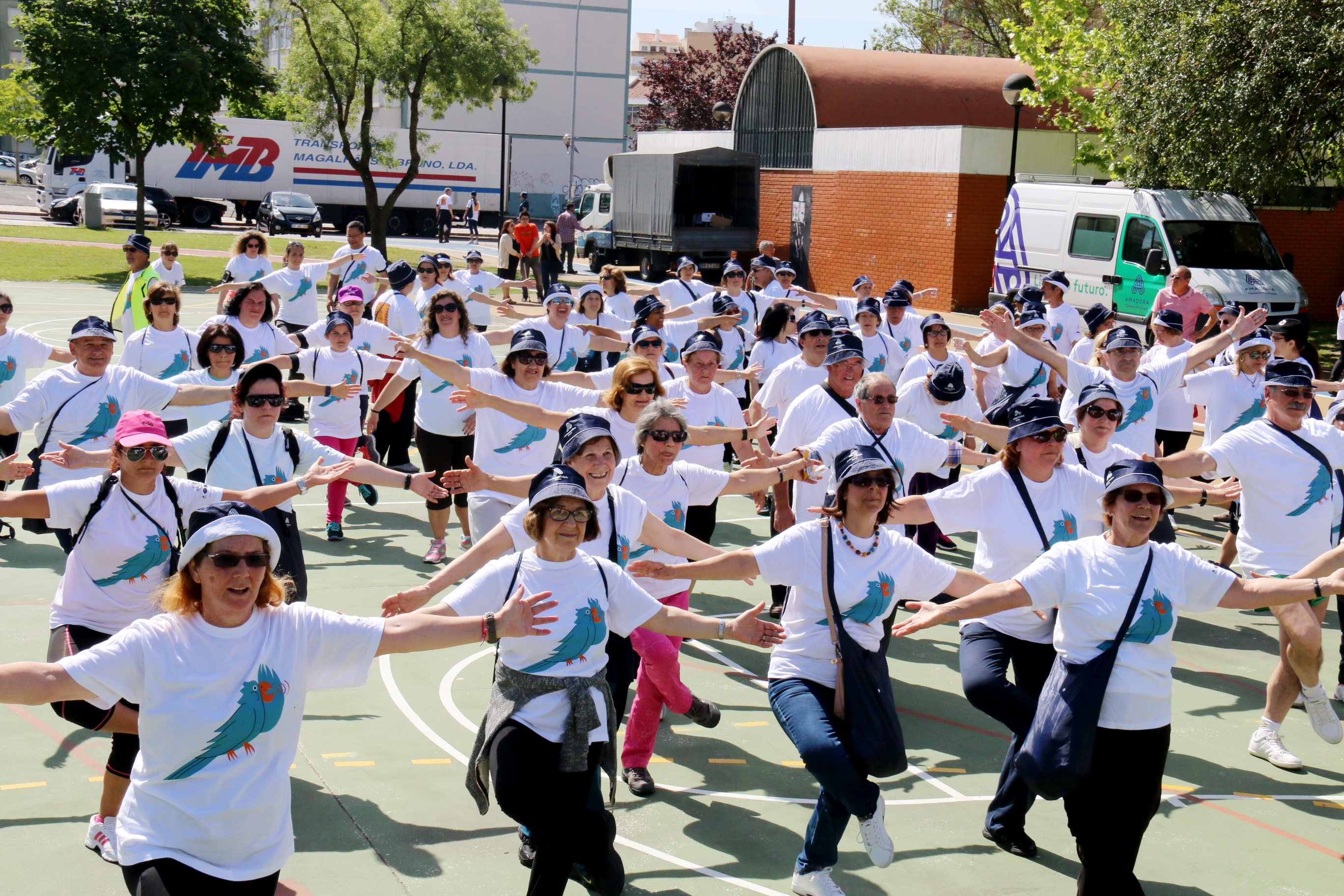 All of this was underpinned by the creation of a strong local network and process of co-production with local stakeholders active in the planning and implementation of the campaign. The project in Amadora involved 75 organisations and reached about 2,500 people. Local participation and political support were key to the success of the campaign.

According to Carla Tavares, Mayor of Amadora, "It is a project that is intended to continue in a natural and informal way throughout the city. All of us - local authorities, associations and citizens - have some work to do to demystify the many rumors that still exist in our society"

"School communities, associations and groups in our municipality now have a better awareness regarding the diversity and individuality of each one of us. Even if outsiders do not look at Amadora differently, at least those who are here are proud of their city and realise that this difference we have is what distinguishes us and distinguishes positively. So, in this way the campaign was a catalyst to a new approach to inter-culturality."

Do Not Feed the Rumour has been recognised by URBACT as a good practice and now Amadora is very excited to be sharing experiences, ideas and a passion for the practice with other European cities through the URBACT Transfer network, Rumourless Cities - a partnership of seven cities - Amadora (PT) (Lead Partner), Cardiff (UK), Hamburg-Altona (DE) , Warsaw (PL), Alba Iulia (RO), Ioaninna (GR) and Messina (IT). Rumourless Cities is one of 25 transfer networks approved by URBACT to support the understanding, adaption and reuse of good practice from cities across Europe through process of peer support and capacity building.

According to Dina Moreira, programme manager of Do Not Feed the Rumour, “We in Amadora have had such a successful experience with positive results. We are keen to take the opportunity to continue sharing with other cities facing similar challenges and problems and at the same time develop and improve what we are doing in our own territory.” Indeed it was intended that an outcome of the C4I programme would be that participating cities would subsequently form new partnerships and networks to transfer and share anti-rumour strategies. This is becoming a reality through Rumourless Cities.

While Amadora focused on countering rumours around immigration and immigrants, this network will see the approach adapted and reused to counter existing and growing negative attitudes towards a wider cross section of groups in society which includes long established migrants (Third country nationals), Roma, recently arrived refugees, LGBT people, and general homophobic stereotyping.

In addition to learning from and adapting practice from Amadora, partner cities will be bringing their own approaches and innovation to anti-rumour activity. For example, Warsaw aims to develop an app and city game focused on combatting prejudice and Cardiff aims to tie in an anti-rumour campaign with developing a new and inclusive narrative for the city. In fact, all partners will bring their own unique contexts, expertise and initiative to the network to create a web of experience and ideas sharing.

Rumourless Cities will create a rich learning and exchange programme for cities to learn from the good practice Do Not Feed the Rumour and to thereby address some urgent challenges facing cities around cohesion, inclusion and the rise of fake news. It deals with some of the critical challenges of our time:

Despite European anti-discrimination legislation being among the most extensive in the world, the findings of the EU Fundamental Rights Report (2018) confirm that discrimination and unequal treatment on different grounds remain realities in key areas of life throughout the EU. Discrimination on the grounds of ethnic origin continues to be regarded as the most widespread form of discrimination in the EU (64%), followed by discrimination on the basis of sexual orientation (58%), gender identity (56%), religion or belief (50%), disability (50%), age (being over 55 years old, 42%) and gender (37%). 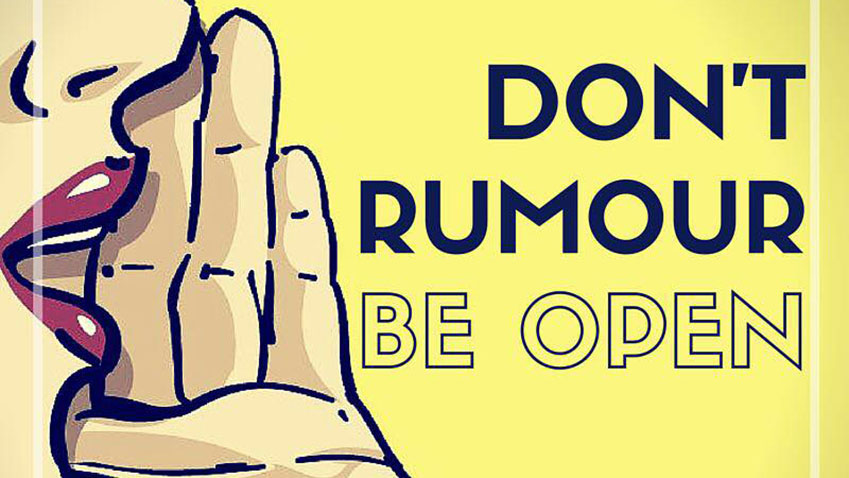 According to a Eurobarometer survey (2016), Europeans as a whole consider immigration the second (after terrorism) most important issue facing the bloc. A 2016 YouGov poll showed that 52% of Italians, 47% of French 44% of Germans and 38% of Spaniards agree that their country “doesn’t feel like home anymore”. The majority of Belgian, French, German and Italian people support the idea of ending migration from all mainly Muslim countries.

The issue of community cohesion has become a hot issue not just because there has been a steep increase in numbers of migrants but it is also linked to the growing concerns regarding security, which in turn is linked to the rise of extremism. With high levels of labour migration to many western European countries, as well as continuing pressure to accept refugees and asylum seekers from war zones around the world and a future of rising climate change induced migration, this topic is unlikely to lose its significance in the foreseeable future.

It is more important than ever that cities join forces look beyond their own limits in order to find already worked out solutions to these difficult issues and work together to maintain peaceful, open societies. 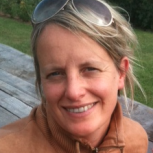