So much more than the IKEA quarter… Transfer story of Targówek, Warsaw

Few people are well acquainted with Targówek. In the minds of Warsaw residents, this district is rather described as: "a peripheral part of the city", "somewhere far beyond Praga", "I heard that the underground is supposed to be coming there - it's incredible!” or „Yeah, I know, I know. Sometimes, I go to IKEA there”. However, the district is inhabited by active residents, coming from diverse backgrounds, building unique neighbourhood communities, so often disappearing in other parts of the city.

Actually, the city’s origins can be traced back to Bródno in Targówek, where the first inhabitants settled in the 9th century. Therefore, it seems to be the right idea to reach out Warsaw residents and Poles, and present Targówek as an interesting area, full of charming nooks and crannies, artisanal enclaves and historical curiosities. And above all, it presents an interesting story about building neighbourhood communities, relevant for everyone in these challenging times.

All right, but how can you convince yourself and others to go beyond your own enclave? How to reach out and attract the inhabitants of Warsaw? How to define the local potential? And how to organise a festival in Targówek similar to Budapest100, which celebrates the built – originally historic - heritage strongly together with residents and volunteers, aiming at activating communities along with the community valorisation of heritage?! 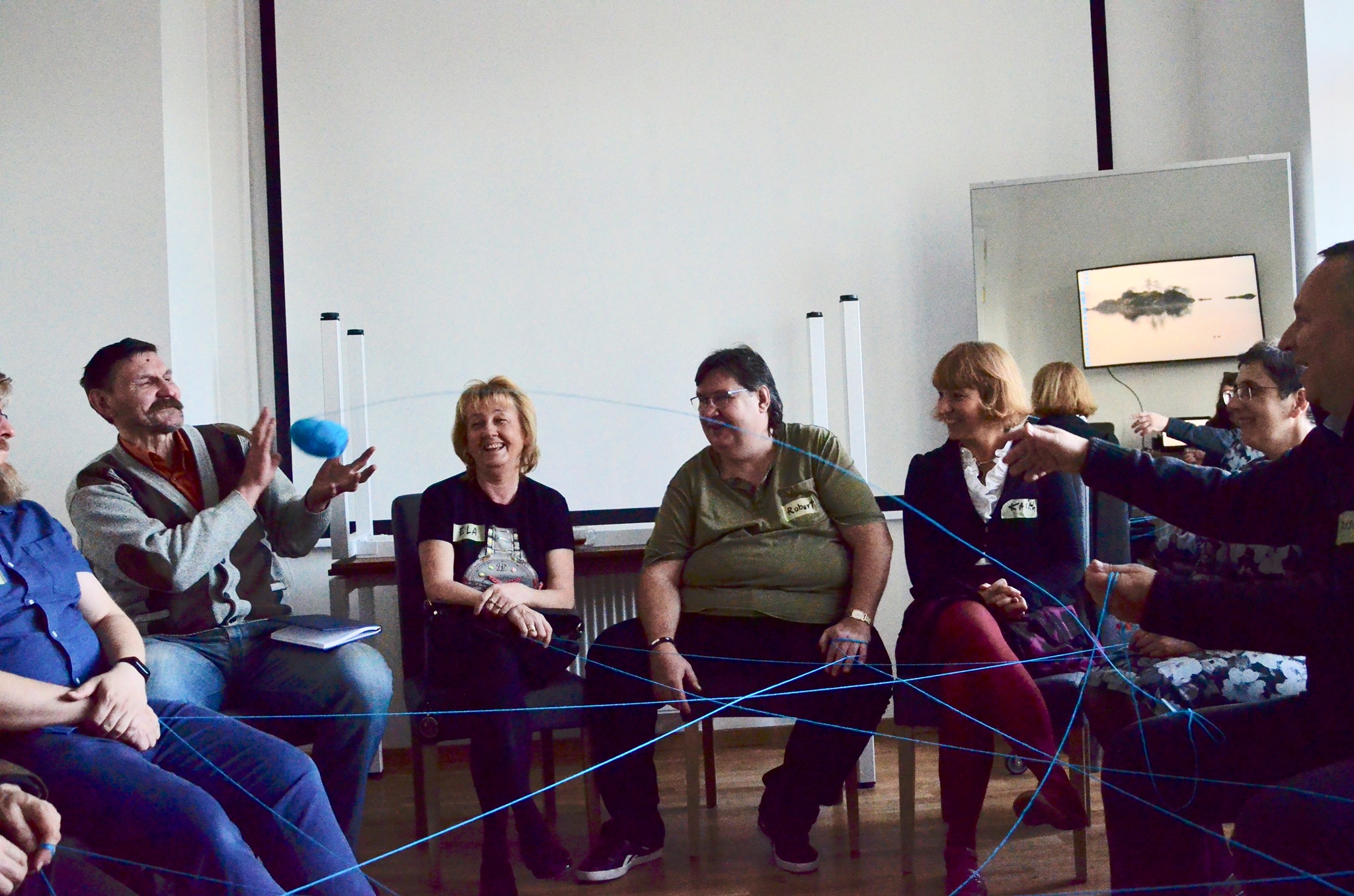 This is where we get to know our history and beginnings when the Municipality Office of the Targówek District of Warsaw joined the project URBACT Come In - Open Houses, Shared Stories. We started our activity by getting in touch with local activists, campaigners, entrepreneurs and created an URBACT Local Group. We devoted a lot of our time to create the core of the group and its action plan. As one of the subsequent stages of the preparations, we took part in study tours to our foreign partners, visiting Budapest, Gheorgheni, Pori and Plasencia. Each partner city is different and provides us with a lot of motivation and new ideas. After visiting the Budapest100 festival in 2019, our project task was to organise a festival devoted to a particular neighbourhood, which would aim to create an urban event where residents would act as hosts of the neighbourhood, show local buildings, and tell local histories.

Targówek, as a district, is in many ways challenging - extensive, divided by arteries and diverse. The lion's share is Bródno, with prefabricated housing estates and organised park areas. Targówek Mieszkaniowy is a mixture of Socialist housing blocks and old tenement buildings. There are also some examples of modern architecture, similar to blocks of flats and tenement houses. Zacisze is an area mostly built-up with multi-family and single-family houses, surrounded by gardens and small streets. And finally, one of the most original parts of Targówek, namely Targówek Fabryczny. It is a post-industrial area, with pre-war tenement houses, dovecotes, factories, tracks and a newly built large housing estate. We focused our attention on Targówek Fabryczny, as the least known part, located on the sidelines, but also distinguished by its originality against the background of the rest of Warsaw.

How did we plan the Festival?

First of all, we searched for local gems. We reached out to the biggest regional entrepreneurs, who would gladly let us enter into their factories, allow us to use the tracks for handcar rides and also financed the final dancing party of the festival. Our plan was to start with a great breakfast at the Rampa Theatre, which would open its nooks and crannies for those who want to come in, show how it works and introduce the residents to its projects. The theatre was also supposed to be a starting point for a guided cycling tour through the festival area and its attractions. In the meantime, other festival projects would start: the inhabitants would talk about dovecotes, their allotment gardens, the vicarage would let into the bell tower built of railway sleepers. The library, the Local Activity Centre, a never-put-into-use Metro Station, murals, garden rest in Zacisze... Dance, refreshments, and many-many more. The partners were ready, the schedule was written, our volunteers were preparing a promotional campaign and... the first lockdown occurred. It was on 13th March 2020, while our festival was planned for the 6th June 2020. We gave ourselves time till the end of April to decide what to do. Uncertainty about legal regulations and the development of the pandemic situation made us decide to postpone the festival to April 2021. 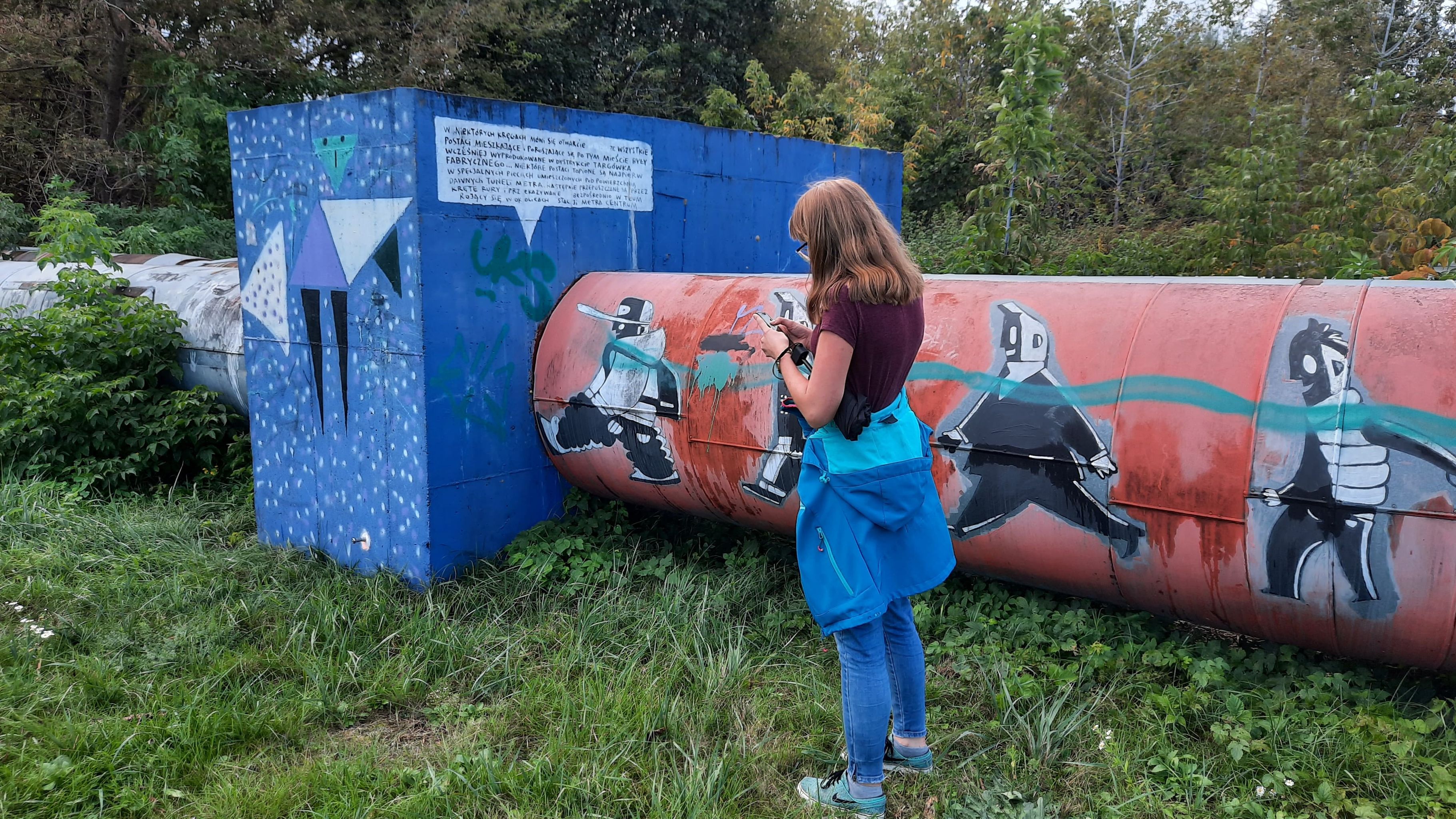 Meanwhile, summer allowed us to bother a bit less about the pandemic for a while. We were longing for interaction and being for and among people. For these reasons, the idea of making a teaser for the festival in October - a city game - was born. The game encouraged people to come to Targówek and get to know its nooks. It offered great attractions, such as entering otherwise inaccessible areas. While designing the game, we still could not predict what pandemic realities allow us exactly. Participants had a lot of fun for example while searching for different hints hidden in a historical rail station. For such reasons, we assumed the non-contact option. October surprised us with great weather, pandemic relaxation and the great desire of people to leave their homes. The event turned out to be a great success, gathered many flattering reviews and participants were absolutely delighted.

Since then, we started to meet virtually. Now, there are 5 months left to our festival, as it is planned on 25 April 2021.

What did we gain from URBACT?

When we joined the URBACT project, we focused on its main premises - establishing a new quality of cooperation between the Municipality Office, entrepreneurs, residents and activists. Our aim was to transfer the practices of the Budapest festival to our home city in the most appropriate way. We were very inspired by the slogan of opening up to the residents of Warsaw, supporting the sense of local pride and integrating Targówek residents. The goal seemed ambitious but measurable and developmental. Meanwhile, at the peak of our preparations, we confronted ourselves with a new, huge challenge, namely the Covid-19 pandemic, which forced us to adjust our working methods to an entirely new situation.

It is a great discovery for me, as coordinator of the Local Support Group, that a core of strongly committed people has emerged in our group. This group responds to the challenges of the present time with accessibility, creativity and flexibility. I hope that in the course of our further work, more and more space will be found for those who need clear guidelines and stability. At this stage of our work, the diversity of the group has proved very successful.

Welcome! Everything is fine. (How does it look from the Helicopter View?)

After all, we work within a European partnership. How did the URBACT programme support us? What did it bring to our project? During these changing and challenging times, staying in touch with our partners gives me tremendous support. Meeting or even being in virtual reality with them gives us a feeling that we belong to a larger group. We do not feel alone in our challenge, and it provides us with a sense of belonging to a certain community. Admiration can be drawn from the fact that our partner cities successfully adapted their festivals, despite encountering various difficulties. Moreover, their activity and achievements mobilize us to endeavour and give us a feeling that the result is within our capabilities.

How we implement successful practice Budapest100? 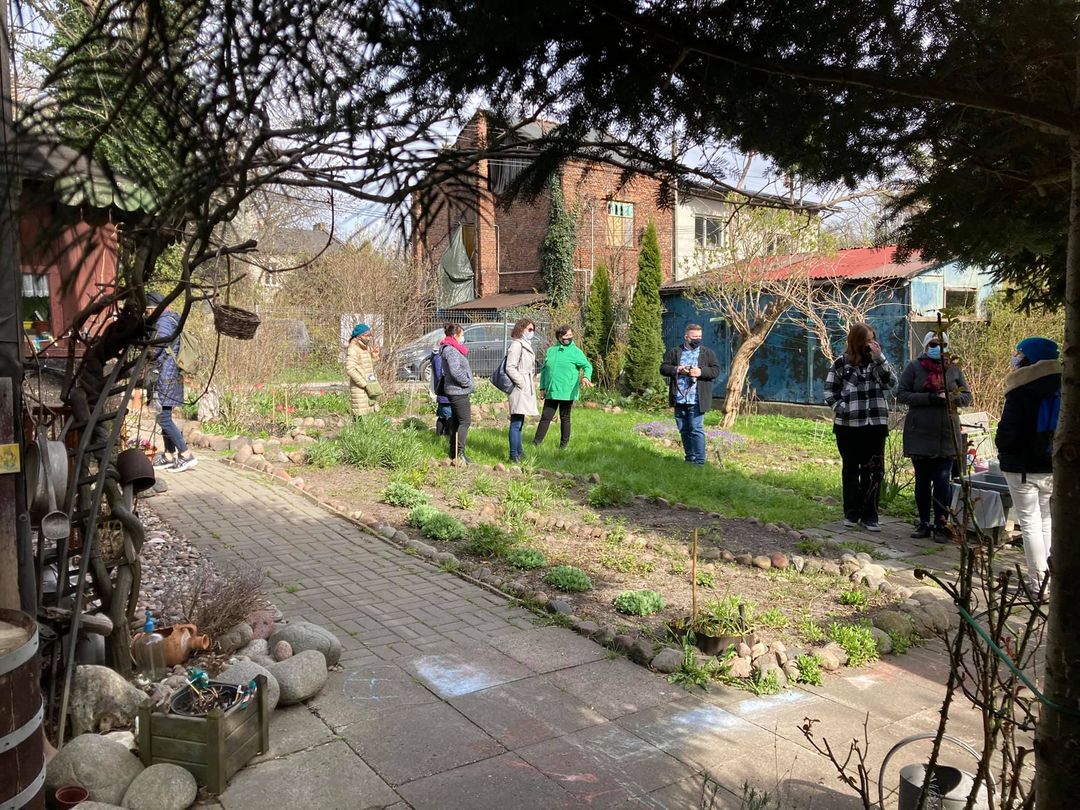 Finally, the Festival was organized by Targówek District Office and partners: residents, NGO’s and local institutions. The main aim of the festival was to present local stories of the most interesting places in the district area.

The event had two parts: stationary (outside) offline and online.

During the Festival visitors could visit the 22 festival places and listen to the stories told by local residents and people associated with / related to the Targówek area. In some places (indicated) they could meet the person who shared the information about the place and join the activity. In all festival points were a poster with a QR code which put the listeners through the video about the place.

The visitors could join the online Quiz which was connected with the history of the festival places. They could find the clues to the Quiz questions in videos in QR codes. For 15 right answers from 22, the participants have got wireless headphones.

The online part of the festival included:

(1) discussion about the history of Praga and Targówek districts,

(2) solarigraphy workshop and the instruction of the decoupage.

An additional attraction was the geocaching walk named “Geo-Zacisze”. The walk was organized by the festival partner - Zacisze Culture Centre. To take part in the walk the participants should download a free application dedicated to the game. Using their phones they could find the cache and know the local story.

Submitted by Adrienn Lorincz on 09 June 2021