The Neapolitan experience of commons started approximately 8 years ago, but much can still be done to empower and broaden citizen participation. A recap of the actions designed by Naples' URBACT Local Group inside the Civic eState project

The local activities of the Lead Partner within the project Civic eState aim to improve the URBACT Good Practice of the City of Naples “Lost & Found”, that is strengthening the public-community governance approach adopted by the municipality to guarantee the collective enjoyment and management of urban essential facilities, conceived as urban commons.

More than 12 meetings between URBACT Team, City representatives, activists and citizens took place until now, where proposals and activities were put on the table, discussed and finally discarded or developed. 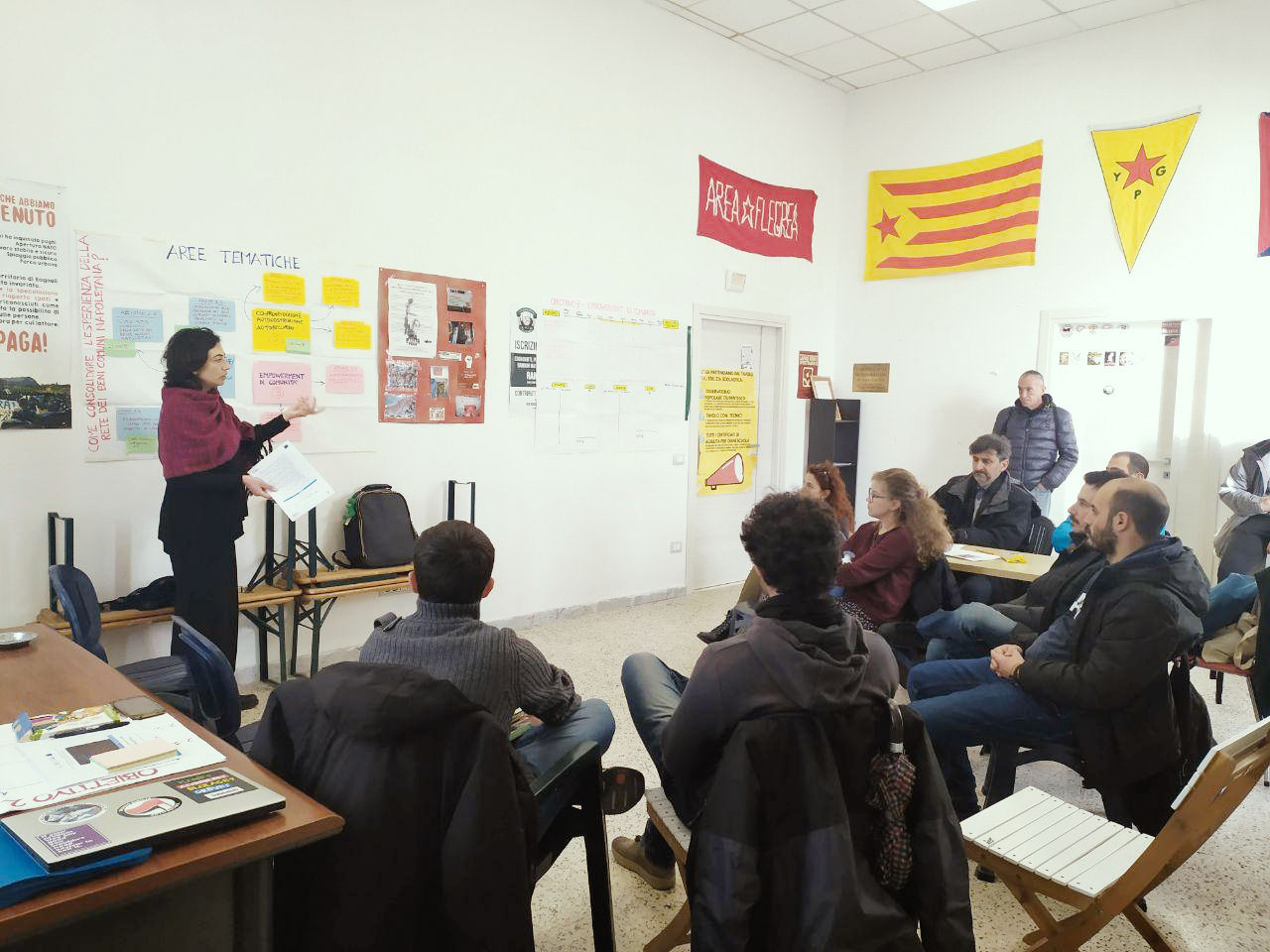 The local activities have been organized into three main steps: 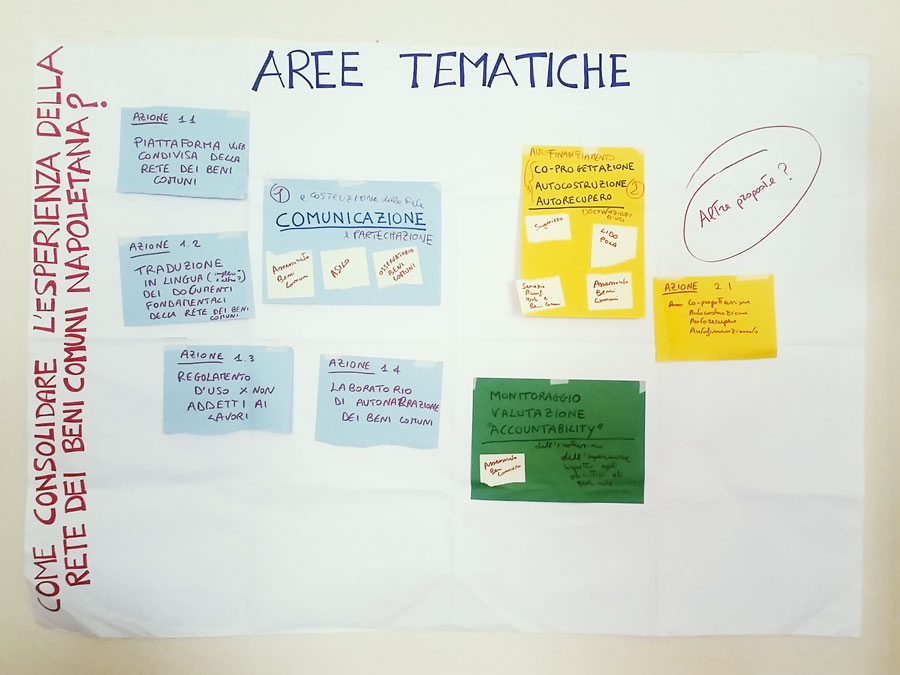 "How to consolidate the Neapolitan network of Urban Commons?", one of the first brainstorming made by the ULG, Naples, 20 June 2019

Up to now, the URBACT Local Group has been crossed by 73 participants, belonging to the Urban Commons network (l'Asilo, Giardino Liberato di Materdei, Scugnizzo Liberato, ex Lido Pola, Santa Fede Liberata, Villa Medusa, ex Convitto delle Monachelle, Villa De Luca), the political departments of the Municipality of Naples (Urban Planning Department and Citizens’ Rights and Social Cohesion Department), the technical services of the Municipality of Naples (Urban Planning and Urban Commons Service, Enhancement of the Historical City Service), the Permanent Observatory on the Urban Commons of the City of Naples. Different urban commons hosted the meetings of the ULG and the participatory process was enlarged also to other relevant local actors.

During this co-design process, three main areas of intervention were identified: 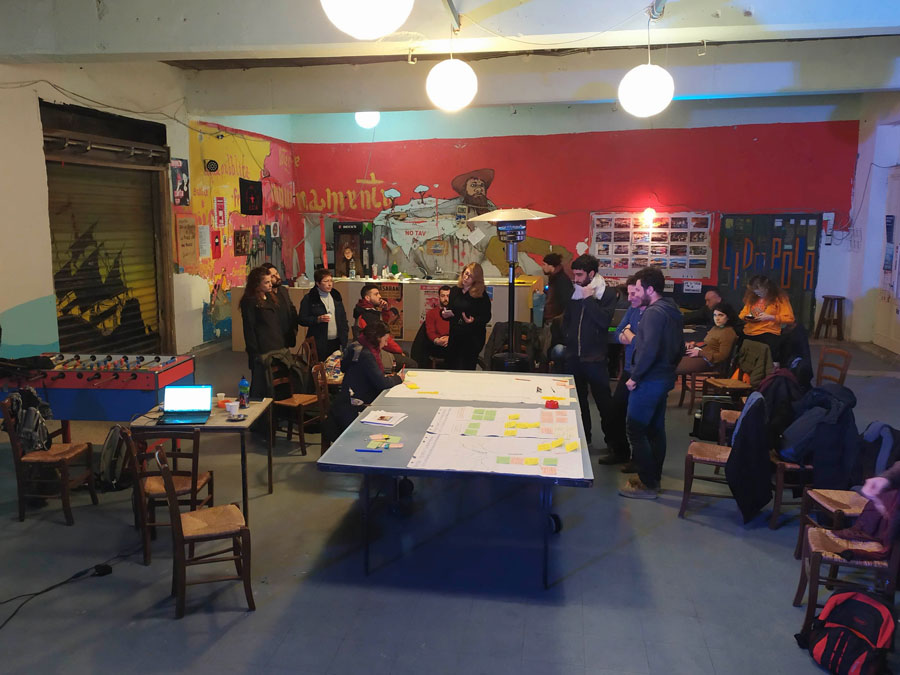 For each area of intervention specific actions were identified in order to reach the shared objectives. During the ULG meetings, the participants were organized in three working groups, one for each area of interest, and the actions were defined in detail (objectives, expected results/outputs, actors already involved or to be involved, resources, costs and financing, timing, etc...). At the end of each meeting, a plenary session was always organized to share the main results of each working group. At the end of the co-design phase, cross-fertilization plenary meetings were organized with the aim to discuss more deeply the results of each working group, and therefore to make even more shared and rich the definition of the actions to be realized.

Submitted by Gregorio Turolla on 14 July 2020