URBACT is already helping smaller cities reliant on tourism to re-imagine their future in the wake of Covid-19.

The Covid-19 pandemic has significantly affected the entirety of Europe – but realities have differed both between countries and between cities. In this article, we explore the experiences of two smaller URBACT cities – Dubrovnik (HR) and Grosseto (IT) – which are heavily reliant on tourism.

While large cities tend to have greater economic variety to fall back on, smaller European cities that rely on tourism, such as Dubrovnik and Grosseto, have suffered serious economic impacts as that tourism has been cut off. These cities are impacted even in situations where they have escaped the worst of the health crisis itself.

However, URBACT has a long history of supporting small and medium-size cities, and despite their challenges, these two cities have also demonstrated how resiliency and innovation can emerge from the capacity-building support and knowledge exchange of URBACT networks. Both cities are now looking at how this challenging moment can be harnessed as a turning point to advance and diversify their economic strength and sustainable development.

Dubrovnik, in southern Croatia, is an intensely popular city with tourists who come for its well-preserved medieval Old Town and beautiful Adriatic coastline. In the month of June 2019, there were 1.2 million overnight stays in the municipality, whilst the resident population is only just over 40 000. But as with any tourism-centric city, its success can also be its greatest challenge. Before the pandemic hit, Dubrovnik was struggling with overtourism and the pollution, crowds and waste it brings. 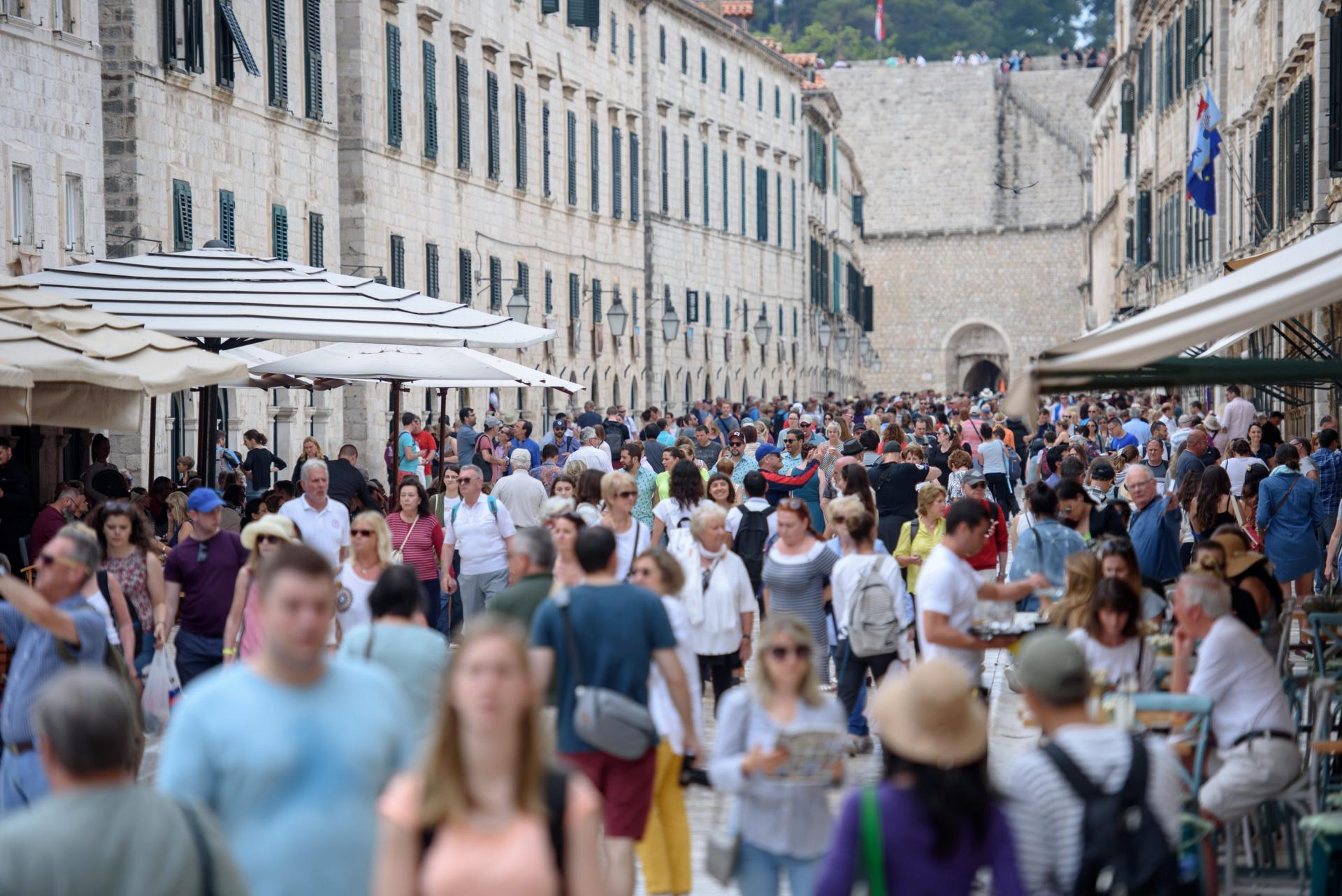 But now, after pandemic-triggered global lockdowns and restricted travel, that tourism has completely disappeared, leaving the streets empty and the economy in freefall. According to the city, on 1 June 2020, tourism was 98% lower than the same time last year. With so much income and so many jobs reliant on tourism, the pandemic has hit the city hard, despite the fact that it has not suffered badly from the virus itself. 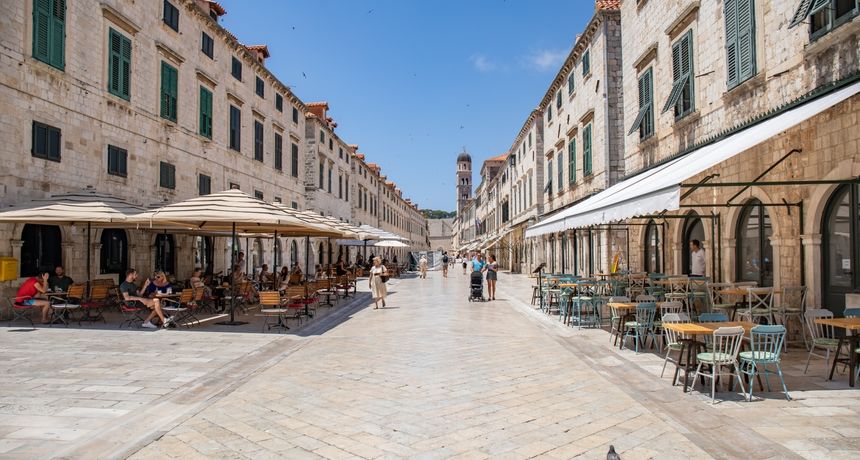 “Everyone hoped tourism would go back to normal in summer, but then the summer came and the numbers have stayed as low as about 20% of last year’s arrivals,” says Alisa Vlasic, the city’s URBACT Local Group (ULG) coordinator for the URBACT Tourism-Friendly Cities network. She explains that other parts of the country have seen tourism by road and rail bounce back more, but international tourists generally come to Dubrovnik by plane – and those planning to come have cancelled.

“Covid-19 has caused a great economic crisis within our whole country,” says Vlasic, “but so far, Dubrovnik has been impacted the most.”

Despite the grave challenges faced by Dubrovnik, however, Vlasic believes that now is a critical time to re-assess its relationship to tourism. “The mayor knows that being completely dependent on tourism brings even more challenges in times of economic crisis,” she says. “This situation is forcing the city to re-think. Up until now, it was often too difficult to make changes, but now we have to.”

Dubrovnik has been part of URBACT’s Tourism-Friendly Cities network since September 2019. “The network has been helping us to take forward our work of making tourism more balanced,” says Vlasic. “The city already started those discussions three years ago, but right now is the time to make it happen.”

The entire network is re-focusing its conversations, explains Vlasic, in response to the pandemic’s impact. Those cities that were trying to tackle overtourism are now collaborating on what sustainable tourism means in the recovery. “It’s interesting to see how every country is trying to re-think tourism,” says Vlasic. Cites like Venice – another partner city – and Dubrovnik have some of the biggest challenges.

Vlasic believes tourism will continue to be the dominant economic force in Dubrovnik in the future, but that this moment can be harnessed to work on diversification of the economy and supporting other sectors. “I don’t see a whole new economy,” she says, “but I think this gives a lot of perspective to local citizens to start thinking about other things. I envisage us shifting from 90% of people relying on tourism, to perhaps 70%.”

The Tourism-Friendly Cities network continues to be a critical part of Dubrovnik’s recovery. “The network gives us the connection and external perspective we need,” says Vlasic. “In the pandemic, it can feel like we are all isolated. But right now is the most important time to be connected. The URBACT network means that on a day-to-day basis we can exchange experiences with other cities and help each other.”

From the very beginning of the pandemic, the city of Grosseto in southern Tuscany – 80 000 inhabitants – was active in terms of safety and prevention measures, encouraging people to stay at home and delivering free face masks to citizens. Partly as a result of that, case numbers of Covid-19 have stayed low. Yet, as a historic and picturesque city which relies on tourism, Grosseto has been significantly economically impacted by the pandemic lockdowns.

Luckily, the timing of its engagement with the URBACT Action Planning Network iPlace – which is supporting smaller cities to find their niches for sustainable local economic development – has been a direct and practical help.

iPlace Lead Expert Wessel Badenhorst explains: “Grosseto is a new city to URBACT and establishing their ULG was challenging. They did a lot of hard work and had their first ULG meeting [at the end of 2019]. Then when lockdown hit, they were able to 'leverage' the ULG as a single communication platform with their business community.”

Indeed, the ULG structure ended up being critical. “When the pandemic hit in March, the ULG was temporarily enlarged by the administration to a ‘macro’ ULG, involving not just local associations, but wider institutions and professional bodies,” says Annalisa David, the iPlace Communication Officer for Grosseto. “It allowed us to understand local needs from a range of different stakeholders.”

The macro ULG was divided into eight smaller working groups tackling different issues in response to the challenges of the pandemic – from tourism and commerce to construction and communications – and came up with innovative proposals to help Grosseto. “Already by May, we had those ideas translated into concrete projects,” says David.

The projects included a wide range of measures. The municipality decided to postpone almost all tax payments from citizens to help people recover financially from the crisis. To guarantee social distancing, the city decreed that businesses such as restaurants and cafes could have free use of public space outside their premises for the whole of 2020.

A marketing project, MAreMMA Nel Cuore (Maremma in your heart) was started to help promote local agricultural produce in Grosseto’s shops and restaurants. A new free app, the Ermes Shop was developed to help connect people to local businesses so that commercial activities could recover.

Existing civic projects were fast-tracked too. Grosseto’s municipality had already been working on implementing a network of cycling paths to connect the town centre with various key tourist sites. “The pandemic accelerated that goal,” explains David. As well as the network of cycle paths, more bike racks are being installed around the town and e-bike and electric vehicle charging stations are being implemented across the wider province. David hopes this might bring new tourists to Grosseto.

Looking to the future

Both cities are using the experiences of their URBACT networks to support their recovery from the pandemic and build sustainable local futures. This will directly impact the preparation of their Integrated Action Plans for sustainable urban development.

Even further ahead, in Grosseto, Annalisa David believes the macro ULG will continue as a way to discuss issues beyond the iPlace network, as the structure has been so helpful for the city: “The ULG showed us how to solve problems quickly by ourselves rather than waiting for external help – and demonstrated how we can best harness resources.”

In Dubrovnik, Alisa Vlasic hopes the city will ultimately re-embrace tourism without overtourism. The municipality aims to connect its Tourism-Friendly Cities Action Plan with its existing Respect the City project, which was launched by the mayor in 2018 to help make tourism more balanced and responsible.

“Once a big crisis like this happens, it can lead to two situations,” says Vlasic. “Either people scramble to recover economically and go back to normal at any cost, or they work to incrementally build back better.” Both of these cities are doing the latter and the URBACT programme will continue to support them and smaller cities like them in achieving their goals.

It's time to Find your Greatness