The success of Tartu’s Car-Free Avenue

As several expected city events were cancelled during the summer due to the coronavirus, the Tartu City Government decided to offer the people of Tartu the opportunity to gather in the heart of the city and enjoy the summer, and each other’s company, in an unexpected environment – in the middle of the road. To do so, Vabaduse puiestee, located in the heart of Tartu, was closed to cars for a month, in order to connect the Emajõgi River flowing through the city with the City Centre, create a safe meeting place for city dwellers, and attract visitors to cafés and restaurants in the area through the exciting project.

The extreme year of 2020 made it possible for Tartu to more emphasize its sustainability goals, introduce the concept of urban biodiversity and build understanding of human friendly livable city. The goal for Tartu is to become a climate neutral city and comply with Paris agreement goals. Sustainable mobility plays a crucial role in reaching the goals and Car Freedom Avenue was one of the first high impact events on the subject. 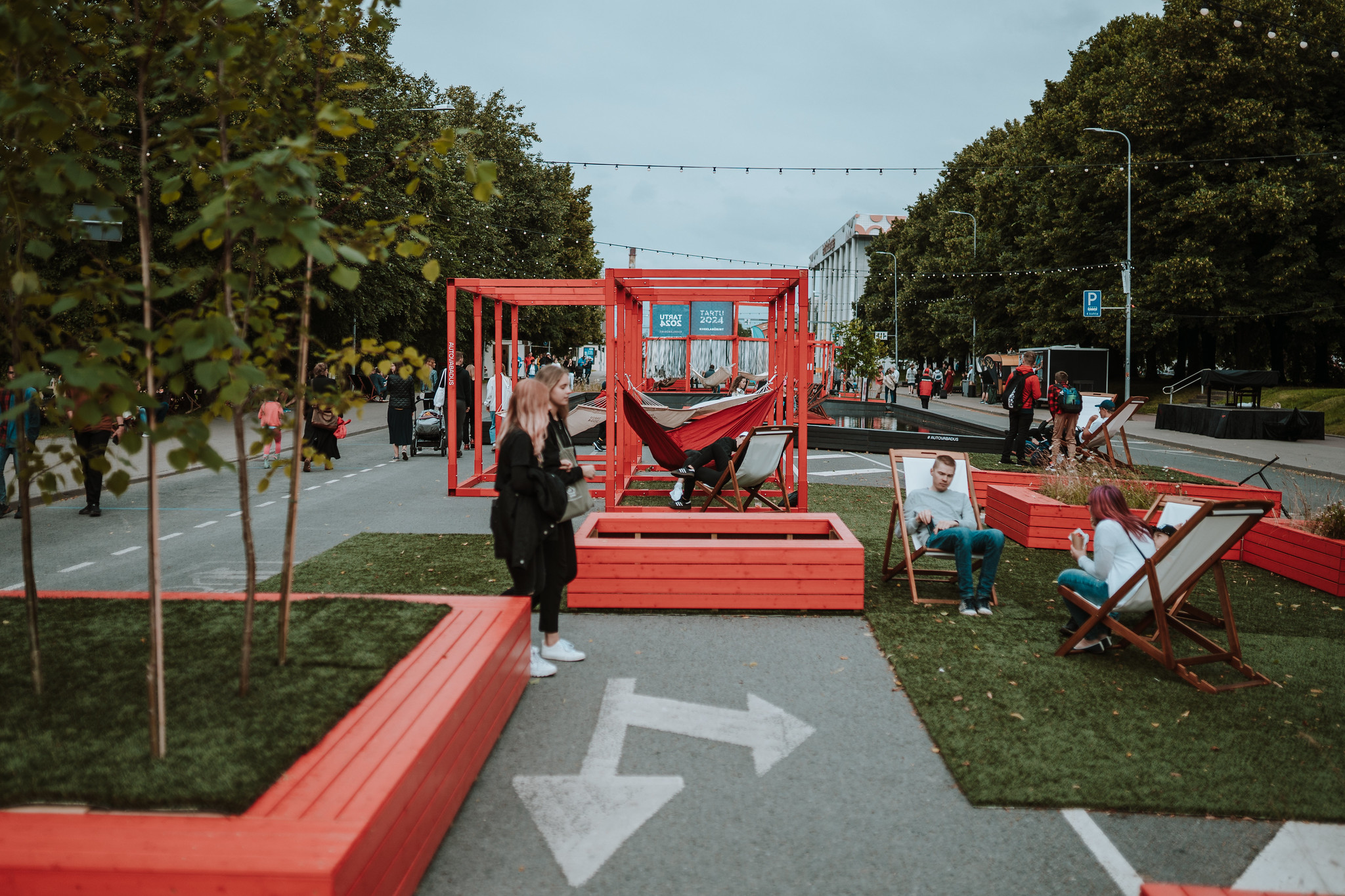 ar-Free Avenue covered 6600 square metres, and its construction required 2 tonnes of metal, 4 kilometres of wood, 10 cubic metres of soil, nearly 500 square metres of artificial grass and 25 square metres of meadows. The entire area was covered by food trucks, deck chairs and hammocks, and pavilions intended for meetings. Athletic city residents were able to play basketball, cultural enthusiasts were able to visit an outdoor cinema, and children enjoyed the gymnastics areas and big wading pool, where people could be seen splashing about in the sun or the torrential rain. The management of packaging was based on sustainability and special packaging cabinets were created for the area, which OÜ Eesti Pandipakend later gave a shoutout to on social media as a positive example.

The entire area of Car-Free Avenue was designed with the 2 + 2 distance rule in mind. Activities and catering were organized so that visitors could be scattered, there were three hand washing stations in the area, and security staff helped to prevent large gatherings. 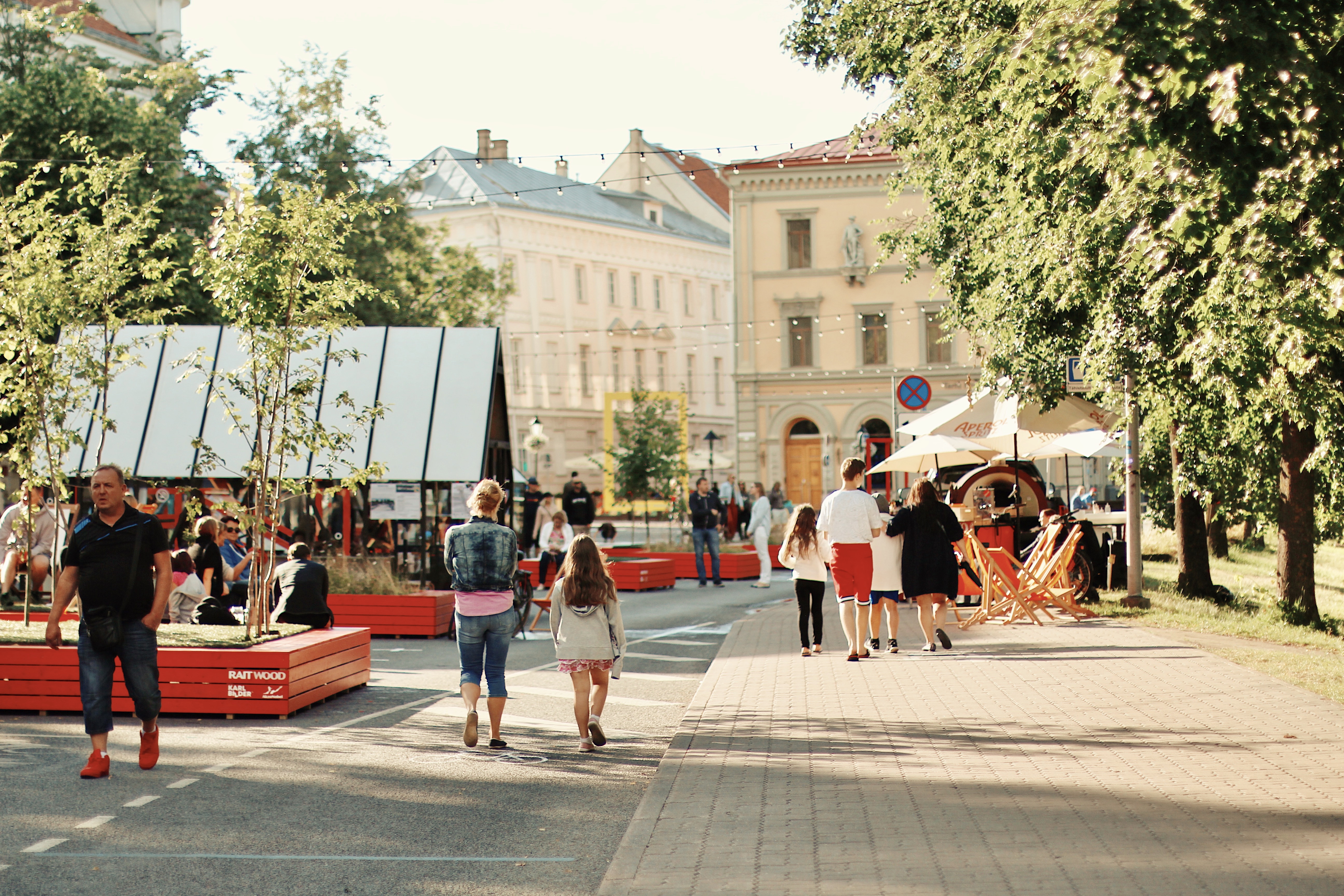 Tartu City Architect Tõnis Arjus explained that the new meeting places, situations and surprises in the city’s core create exciting memories, experiences and thrills for people. ‘This is what strengthens people’s affection for their city and their people, and strengthens their hometown feeling and identity’, he said, commenting on the idea behind the Car-Free Avenue.

The first-time project helped boost economy that had been affected by the coronavirus, but also highlighted important issues such as the environment and car use. In total, more than 200 events, performances, conversations, meetings, mini-concerts and workshops took place on Car-Free Avenue during the month. In cooperation with 25 programme partners, it was possible to participate in, for example, a sketch drawing and solar powered car building workshop, learn circus tricks, fold paper boats, dance to Latin rhythms or perform yoga. There were plenty of activities for children as well as grandmothers and grandfathers. 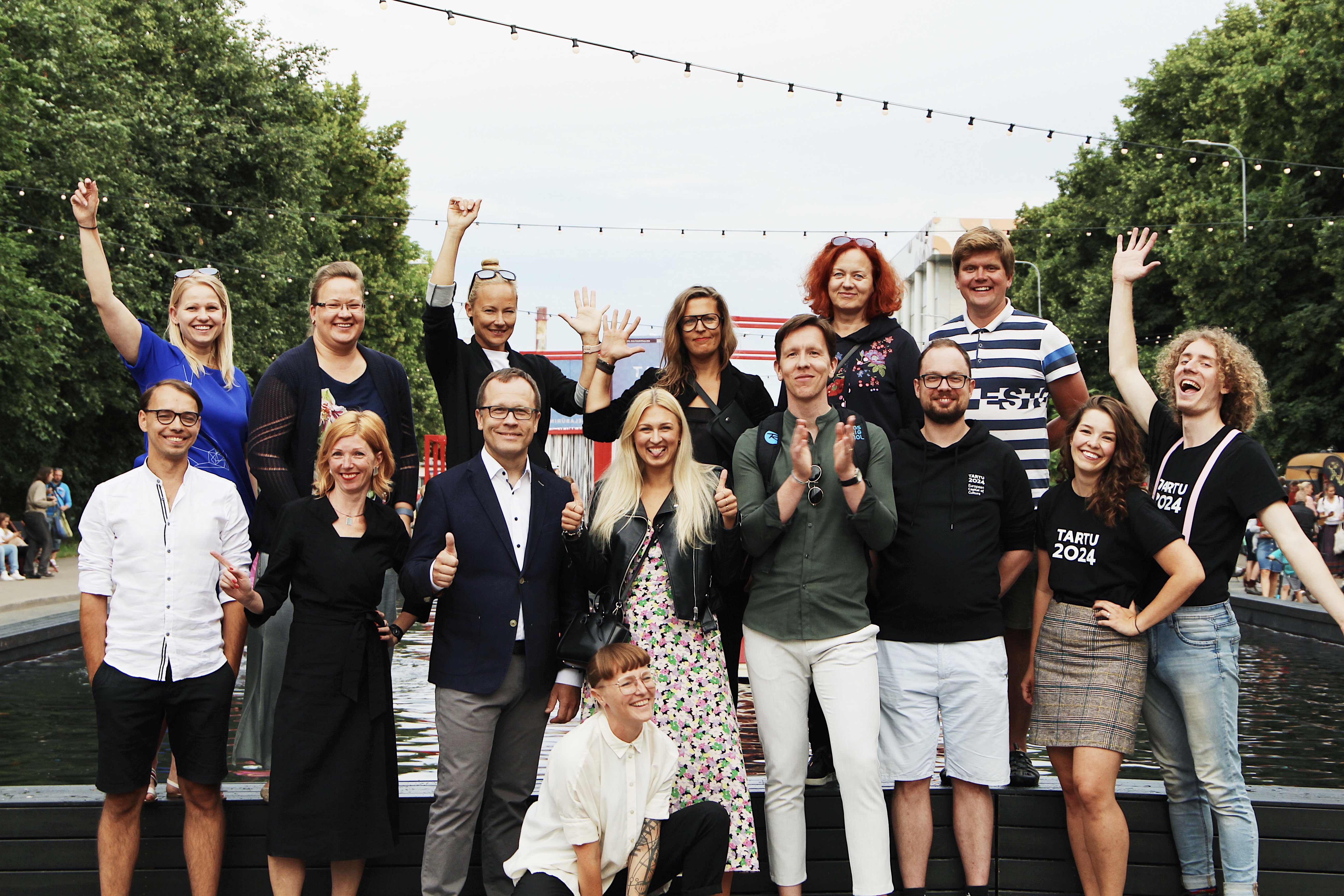 ‘Car-Free Avenue proved successful in connecting the Emajõgi River and the City Centre, attracted city residents to spend time regularly in the area, and aroused considerable interest among tourists. To the delight of the organizers, we were also successful in bringing different generations together in the area’, said Marleen Viidul, Head of the Department of Culture in the Tartu City Government.

As Car-Free Avenue was well received by both city residents and tourists from Estonia and neighbouring countries, the city government is making plans to bring Car-Free Avenue back next year, albeit in a slightly different form.

Submitted by Laura McIntosh on 18 December 2020