In occasion of the TUTUR final conference some good practices on Temporary Use Agencies from around Europe were invited to share their experience with the participants and allow for the enrichment of new ideas and insights. During the TUTUR project the experience from the ZwischenZeitZentrale in Bremen was the basis for the work developed in Rome and Alba Iulia, but in occasion of the final conference the idea was to look also into other models, such as the case of the Lakatlan from Budapest, Meanwhilespace from London, Coopolis from Berlin and Stipo from Rotterdam. What was particularly relevant of these other examples is that, unlike what was developed by TUTUR, these are agencies initiated by private bodies and only partially connected to public administration, therefore providing a valuable comparison of approaches within the discussions of the conference. 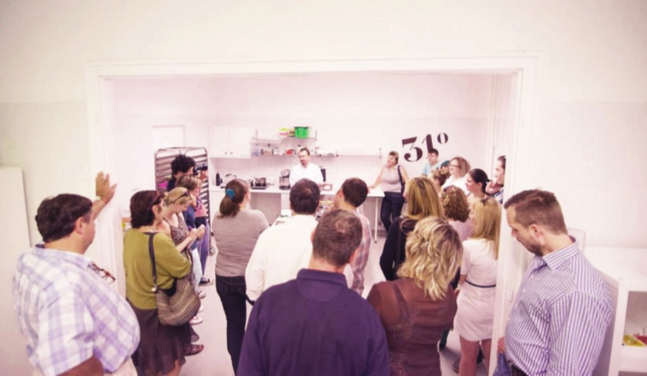 Lakatlan is an initiative by the KÉK – Hungarian Contemporary Architecture Centre to reactivate the vacant spaces of Budapest. In the program, KÉK work closely with NGOs, social enterprises and community initiatives, as well as with professional organisations, municipal officers and decision-makers, to elaborate the legal and economic frameworks that allow eligible organisations to use vacant properties for a defined period.

The program consists of activities including identifying local organisations in need of space. It means finding empty properties and matching them with the organisations, developing the samples for legal and commercial contracts defining the in-between use of these spaces, mentoring and incubating the organisations as well as helping them elaborate an organisational strategy, negotiating with owners and organising professional and large public events and media campaigns. From streets with a concentration of vacant shops to school buildings and large open spaces, the project embarked on elaborating frameworks for municipal policies as well as for multi-actor co-operations.

An important element of the program is the Festival of Open Shops. With its first edition organised in October 2014 with the Budapest Municipality, but featuring mostly privately owned shops, the festival opened long-time vacant shops for a dozen initiatives ready to install themselves in a ground-floor space for a month, testing the advantages and disadvantages of physical presence and constant availability. The jury established clear criteria: the selected initiatives had to be open in regular hours, interact with their environment, and hold events. While the Festival was featured in various media reports and entered mainstream urban culture through TV quiz shows, it also brought life back in centrally located but disaffected streets, by bringing hundreds of people to the temporary shops’ events.

While some elements of the Lakatlan initiative are funded by municipalities, foreign embassies and international foundations, the core project is supported by Norway Grants, a grant program aiming at strengthening civil societies in Eastern European countries. 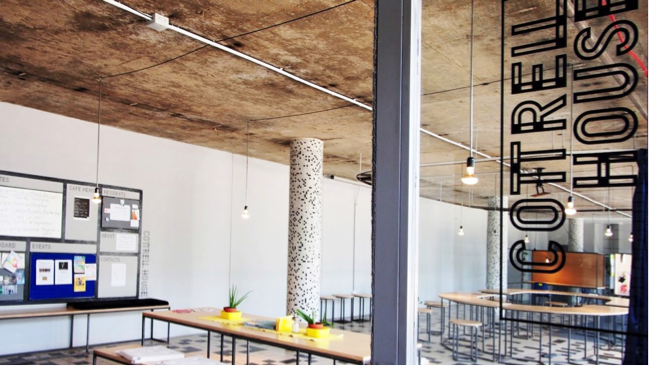 Meanwhile Space is a Community Interest Company founded in 2009. The CIC began as the delivery arm of the Department for Communities and Local Government-funded Meanwhile Project which aimed to boost community uses of empty properties and sites. The project has built a 'library' of ideas and information as a resource to make it easier for both the landlord and the project sides to realise Meanwhile opportunities, including the Meanwhile Manual, Lease and Insurance policies. As a result of the project, several British municipalities like Glasgow or London published standardised temporary use contract samples facilitating the agreement between owners and users, by defining terms of purpose, duration, rent and liabilities.

Besides cooperating with central and local administrations to reduce barriers of the temporary use of vacant spaces, Meanwhile Space also works landlords, landowners, developers and local authorities to advise and deliver projects that relieve them temporarily of liabilities (insurance, rates, security etc.) associated with holding redundant shops, offices, cleared land etc. whilst an appropriate commercial solution is being sought. By advising, training and collaborating with local communities and other stakeholders, temporary uses are deployed to reanimate the space and provide opportunities for community benefit and social enterprise.

One of the flagship projects of Meanwhile Space is the Cottrell House in Wembley, where the lack of local services made it important to open spaces for new initiatives. By inviting local residents to reflect on the new services needed, and initiatives to offer functions for the spaces, Meanwhile Space engaged over 600 people in discussing, redesigning and reusing the former gas station as offices, artist studios, co-working spaces and cafeterias.

The work of Meanwhile Space is helped by property taxes where prospects of exemption of business rates encourages property owners to allow charity organisations to use their properties. In its first 5 years of existence, Meanwhile Space built a network of over 10.000 people who own or are interested in using vacant properties, gave space to over 300 start-up companies and created over 100 jobs.

Founded in 2004 as „Zwischennutzungagentur”, Coopolis is a planning agency for cooperative urban development in Berlin. Mediating between prospective users and property owners in the spirit of sustainable city development, Coopolis organises the temporary use of vacant properties in several Berlin neighbourhoods.

In matching property owners and users, Coopolis relies upon its self-developed database structure that collects information on the empty spaces and the interested people and the informal contacts to politics etc. Matchmaking is not automatic: part of the matchmaking process is to bring down owner expectations to a realistic level, and to organise open door events with the participation of owners and users, who has to be prepared for one another, “so that they talk a similar language and that they can understand each other.” Larger properties need a “Hausmeister”, a groundskeeper who can repair the building’s infrastructures but also understands what the tenants need, someone who creates an attractive and inclusive atmosphere. Coopolis works in close cooperation with Berlin’s Quartiersmanagement offices: the matchmaking process between users and owners of vacant spaces is mostly financed by public subsidies. In this way, Coopolis can maintain a neutral position towards both parties. This is particularly important  for temporary users, as they often do not possess the financial means to cover the costs of an estate agent and thus are having problems finding space for their activities within the city. Many Coopolis projects were financed by the Soziale Stadt program, which also served as a basis for further projects like lokal.leben (Aktionsraume Plus) or the KreativNetzNeukölln (BIWAQ). No government subsidies were used for rents or investments into the spaces themselves: the goal was, from the beginning on, to moderate self bearing deals between real estate owner and vendor so that they are independent from subsidies. In the first three years of its operation, Coopolis enabled the temporary use of vacant North-Neukölln shops by 150 new fashion stores, sewing workshops, galleries, cafes, youth facilities, music clubs, and other venues. While helping start-ups and small initiatives access space, Coopolis also enabled an user-driven urban development resulting in diverse, mixed-use zones. 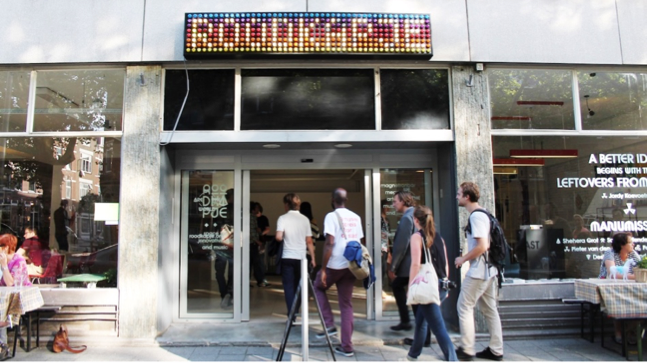 Stipo was founded at the University of Amsterdam in the early 1990s and became independent from the university in 1995. In the following years, Stipo developed its own methodology to tackle spatial and social problems, focusing on value-based regeneration models based on linking physical, social and economic components, and experimenting with networking, temporary events and differentiated rental agreements. Based on their research on the regeneration of streets and ground floors, Stipo published in 2012 “The City at Eye Level”, a selection of good practices across Europe.

Cooperating with housing associations and members of the creative industry, Stipo regenerated 40 buildings in the past years. In the Central-Rotterdam area of „Zoho” (the Summer Hofkwartier) Stipo works with the Havensteder housing association as a public developer to strengthen the area. Through negotiations with property owners and attracting members of the creative sector as well as local entrepreneurs and residents, Stipo approached the neighbourhood as a whole with connecting spatial, social, economic, and cultural components. By integrating content, process, and management, Stipo works on safeguarding real innovation, improvement, and production in the neighbourhood. In Zoho, Stipo focuses on both public space and the neighbouring buildings: by considering them as elements of an integrated development program, Stipo revitalises them in an iterative manner. While cooperating with public authorities, most of Stipo’s development programs are self-financed: by innovative rental agreements and the sustainable reorganisation of rentable space, tenants of reused buildings contribute to the gradual renovation of these properties.