There is no commons without commoning: Amsterdam's Whole Commons Catalog

In the past 6 months, the Amsterdam Foundation Onschatbare Waarde ('invaluable value’), together with Amsterdam Commons Initiatives, made the beautiful catalog Heel de Stad, Heel de Aarde (the Whole City, the Whole Earth). A guide with all kinds of tips and tools, ideas and projects, people and books for everyone who is or wants to work collectively

"Under current forms of governance, our relation to the environment threatens our coming existence, where not only nature is colonized but also our very future, a colonization that we must all struggle to resist."
Demos, T.J., Decolonizing Nature: Contemporary Art and the Politics of Ecology, Sternberg Press, 2016

Heel de Stad, Heel de Aarde, also called The Whole Commons Catalog, is the catalog of Amsterdam's commons packed with ideas and solutions for our time. The City of Amsterdam, one of the Civic eState's City partners, is teeming with initiatives in which citizens are active in collective management to answer to daily needs such as housing, food and energy. As stated in the introduction by the editor Natascha Hagenbeek, "the commons is on the agenda".

Heel de Stad, Heel de Aarde is inspired by The Whole Earth Catalog, "a paper-based database", published between 1968 and 1972, "offering thousands of hacks, tips, tools, suggestions, and possibilities for optimizing your life", and like in the original experts and doers share reviews of all kinds of books and practices. The Catalog – in short – shows the positive and practical ways in which we can shape the future and shows that we not only have to look at the government or the market, but also start ourselves: in commons!

The Catalog is available online in Dutch here: http://heeldeaarde.net – and you can also request one hard copy (with poster). An English version is currently under development. 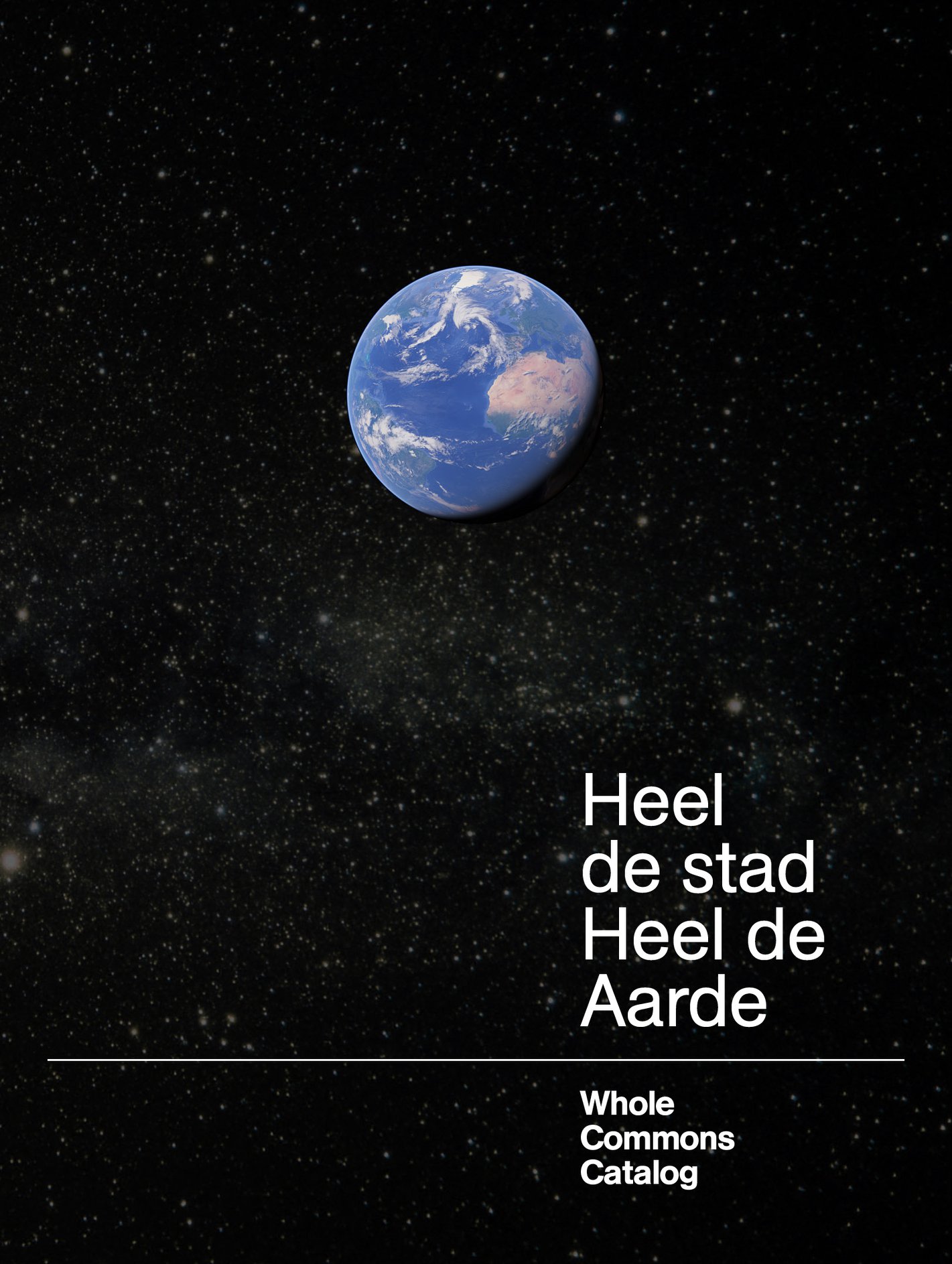 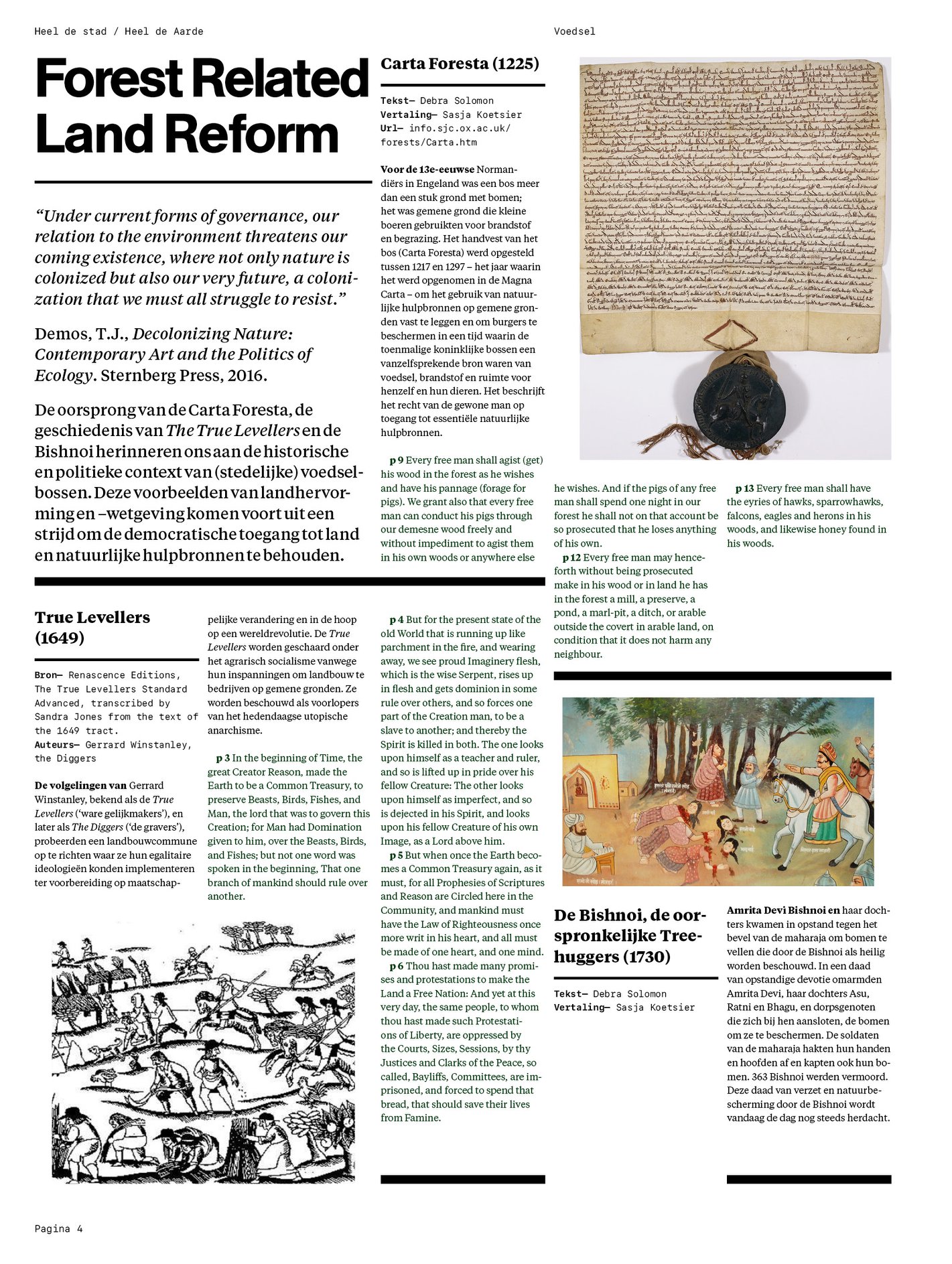 Below we report the preface by David Bollier, Director of the Reinventing the Commons Program at the Schumacher Center for a New Economics at Massachusetts and Co-author of Free, Fair and Alive.

As climate collapse, economic inequality, and many other traumas worsen, Heel de stad, heel de Aarde is welcome source of guidance. It points us some positive, practical pathways forward. Instead of looking simply to markets or the state for answers, we can begin to identify some compelling alternative options through commons. We can begin to collaborate with each other to build new sorts of fair-minded, participatory social systems and infrastructures at appropriate scales.

This is the art of commoning – the practice of talking, coordinating, experimenting, and figuring out solutions to shared challenges. It turns out that the path toward building a post-capitalist paradigm does not necessarily require that we go through the narrow channel of politics and policy, though both surely have important roles to play. The commons can originate right now, with us, in particular projects and novel approaches, perhaps in partnership with state authorities who understand the different logic of the commons.

That's why Heel de stad, heel de Aarde is so useful and inspiring. With spritely design and arresting quotations, this publication introduces us to a wide variety of commons initiatives, literature, and pioneers. It helps us see that the commons is not some vague utopian fantasy or ideological agenda. It is a social universe of actual projects accomplishing serious things. It is a practical way to meet needs creatively while nourishing a transformative cultural ethic.

The scope of commoning around the world is vast, encompassing such diverse phenomena as open source software and wikis, stewardship and housing managed by commoners themselves. Commoning is a force that drives makerspaces and open access scholarly journals, cooperatives, and alternatives currencies, and Creative Commons-licensed content.

This catalog focuses on three of the most important classes of commons in the Netherlands today – food and agriculture, the energy transition, and ways to live together and build communities. Among many topics, it shines a light on Community Supported Agriculture and food forests as ways to grow healthy, affordable food – and tells us about monthly "energy breakfast" gatherings that seek to achieve zero emissions by 2025. Readers will also learn about the Community Land Trust, a radically different system of land tenure in which land is taken out of economic exchange and placed in a commons. Or get inspired by Jeanne van Heeswijks's Training for the Not-Yet envisaging new ways of being together.

Skeptics may object: "Can 'small' projects truly deliver a significant enough impact? Can they cale?" Dutch designer Thomas Lommée has offered a thoughtful prediction: "The next big thing will be a lot of small things." Part of our problem has been our over-reliance on centralized, hierarchical institutions that disempower us. But if commoners emulate each other's work and federate them into larger systems, the overall impact will be enormous, as we have already seen through open source software and local food initiatives.

Let us take the invitation made by this catalog and apply our talents and imaginations to the challenges of commoning. We have much to learn from each other and a new world to build!

Submitted by Gregorio Turolla on 08 July 2020