Trikala Local Action Plan and the link with URBinclusion

By Vasilis Mitsios and Harry Kalliaras Trikala within the framework of the URBinclusion project is focusing the attention on the Local Action Plan focusing on poverty and exclusions problems of the Roma communities in three areas: Pyrgos, Kipaki and Roggia.

Within the Municipality of Trikala there are three ROMA settlements and their inhabitants exceed 2.200 people in total (1450 permanent residents and 750 on constant move), making imperative the need for implementing social inclusion programs. Cooperating with government bodies, the Municipality of Trikala has taken many actions through the years in order to effectively face phenomena such as school dropouts, high unemployment, low educational level and poor health issues as well as habits like children’s marriages.

These three settlements (Pyrgos, Kipaki and Roggia) do not show significant differences among them, and they face, in general, the same problems. Regarding housing, there is a lack of basic infrastructures and services in both homes and settlements that make impossible the spatial expansion of these settlements and phenomena like illegal water and electricity connections. 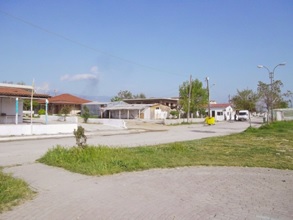 n terms of Roma employability, the main problems are the exclusion, the limitation of sectorial activities, the informal working relationships, the lack of work permits, high unemployment, seasonal labours, child labour, exclusion of women from labour market and lack of social security.

In education, there are important problems as illiteracy, school dropout, the lack of adequate infrastructure and of relevant and specialized teaching staff, poor knowledge of the Greek language that hinder the learning process, lack of materials and supplies for school, rejection from classmates, parents and some of the teachers and the lack of adaptability.

Finally, with regard to health care, there are high levels of mortality rates, lack of vaccination and information, inability to access the national health system, increased rates of diseases like hepatitis as well as increased rates of mental disorders, particularly among women.

Dealing with all these issues, the Municipality of Trikala is trying to provide all the necessary assistance in order to decrease the social exclusion rates and improve ROMAs’ quality of life. For example, the Municipality operates the 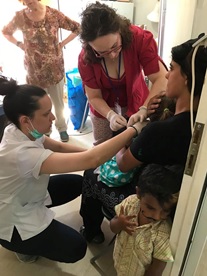 Socio-Medical Centre for Roma providing medical services (children dental care and gynaecological tests) and education conceiving both of them as a key-enabler to their social inclusion. Moreover, another inspiring project for Roma children was the “Culture Houses” whose aim was to provide corresponding education to the student by enhancing skills through creative programs and methodologies. Furthermore they had the chance to be trained on their rights and their obligations regarding their engagement in community and employment.

URBinclusion and the Municipality of Trikala

In the framework of “URBinclusion” project and after the consultation with local stakeholders, five different Actions have been identified and investigated throughout the project period:

Even though the actions above are at the same level of “maturity” in terms of design, funding, implementation and/or management, they were identified after collaboration with the Trikala ULG, which consists of some of the following stakeholders and with whom several individual meetings were held throughout the project implementation:

Within this context, the actions were selected in order to try to provide partial or complete solutions to the majority of the main problems ROMA face in Trikala:

There is a big time-gap between the design and the actual implementation of the activities and the developments, therefore there is a constant struggle to study carefully the current resources of the Municipality and draw a feasible action plan for the next years, eliminating any possible risks.

A detailed risk management plan, which will be adopted by the Municipality of Trikala, will be an effective solution to anticipate risks, local conflicts and possible delays, along with an ongoing evaluation process of the action plan, which could provide solution for its efficient adjustment.