Home » Economy » Turning your economy around? Start with vision. And coffee.

Turning your economy around? Start with vision. And coffee.

From industrial decline to high-tech digital growth: the story of Barnsley's reinvention of its economy

From the top floor of Barnsley’s Digital Media Centre, the 1930s Town Hall looks like a lighthouse: sunlit pale stone, its square tower at the highest point of the town centre’s gentle hill.  Like many town halls in the north of England, it dates from an era of municipal dominance; that curiously English mix of benevolence and authoritarianism. At the time of its completion, in 1933, George Orwell famously wrote that the extravagant cost (£188,000, or about £3.5m in current terms) would have been better used “on improving the housing and living conditions of the local miners”.
Barnsley’s last coal mine closed in 1994. For much of the twentieth century, coal was the overwhelming economic rationale for the town’s existence:  in 1960, there were 70 collieries within a 15-mile radius of Barnsley town centre. By the end of the 1990s, the rate of unemployment in parts of the town was at 50%. The next two decades were tough for the town and its surrounding pit villages. South Yorkshire was one of the most severely depressed places in the UK.
The largest employers in the area now are in food processing and logistics; the town’s proximity to the M1 motorway, coupled with an availability of low-cost development land, have encouraged inward investment from a number of major companies. Unemployment is shrinking, and there is a sense of optimism which has not existed for many years. What is happening within the town, however, is a story of resilience, vision and an openness to change not seen in many northern towns.
Tracey Johnson, the Digital Media Centre’s manager, and Enterprising Barnsley's Creative and Digital Industries Sector Specialist, spells out how the opening of the DMC was built on an early recognition that “if we want better jobs in Barnsley, we need to look at what the new economy will do for us”. It was a bold move in the early years of the millennium, when the area was still reeling from pit closures and an image that all the economic opportunities were happening somewhere else: in Leeds, in Sheffield, in cities which seemed to attract the bulk of national regeneration efforts.  As Tracey puts it,“what do you do as a town if the bigger cities keep on getting better? Do you do something to make you a destination in your own right?”
That ‘something’ was the start of a new phase of company growth in the town.  A blossoming network of small, home-grown tech companies which existed in the town around the time of the Millennium created enough impetus to recognise how IT and digital growth could be the key to sustainable economic growth. By bringing companies together, encouraging interactions and collaborations, Enterprising Barnsley supported a culture in which it is “not such a weird thing to be a creative any more”.

The DMC is a tangible symbol of this new economy, but it is not a shiny new isolated development. It is very much part of a wider, council-led strategy for a significant shift in the town’s economic base. The ‘Enterprising Barnsley’ programme, hosted by the Barnsley Council, recognises that the most profitable future for the town lies in the growth of smaller, locally-based companies. Over time, small freelance companies are recognising that they can stay in the town and grow their businesses here. At last, it is attractive to be somewhere which is not one of the nearby big cities.
Without a doubt, that old-fashioned paternalism in the council was an important factor in Barnsley’s change in fortunes, transforming itself into visionary leadership, identifying the importance of IT and tech, not just for fledgling digital companies, but for all companies setting up and growing in the town.  At a time when 60% of UK businesses still do not have a website, and 43% are not using social media in any way, Barnsley’s strategy looks like plain Yorkshire common sense: a recent study suggested that the proportion of companies who spend over 10% of their budget on social media will increase five-fold in the next three years. To be ahead of that curve, to recognise the opportunities offered by embracing the digital revolution, may well be Barnsley’s smartest move yet. It signals to the rest of the world that Barnsley is open to business growth.

Which leads us to URBACT.  Early in the life of Enterprising Barnsley, its staff recognised the value of learning from other areas which were struggling with the same economic challenges: industrial change, the rapid pace of globalisation, the overwhelming influence of larger nearby cities. Tracey tells me that when the team created the idea of the Tech Town project, they were overwhelmed with responses from potential partners elsewhere in the EU, as the topic struck a resonant note in so many other places; the need to ensure that “there are good high-value jobs locally, so people don’t have to move away if they want to work in tech”. The TechTown project addresses just that need: how to grow those high-value jobs? How to encourage a spirit of digital entrepreneurism in small cities?

Ten years on from its development, the DMC is an exciting place to visit. The office spaces are now 96% occupied, and the managers can pick and choose the companies who best fit the profile to locate here. The table-tennis table and coffee cart in the atrium space are buzzing; places where people want to interact with other occupants of the building, demonstrating that the DMC is, in Tracey’s words, “a building which is there for, and ‘owned’ by, the sector it exists to support”. Even the coffee cart is a success story: a small company supported as a start-up by the Enterprising Barnsley programme, it is now permanently located in the DMC’s central atrium, demonstrating that the kind of economic change imagined by Barnsley Council and its partners is possible, one cup of coffee at a time. 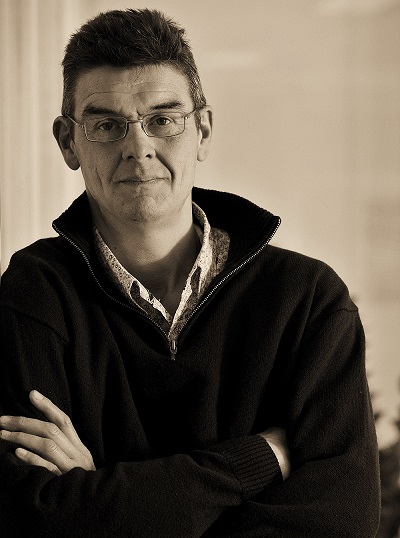