A stakeholder consultation has confirmed a positive external view of the plans for URBACT IV.

A half-day consultation meeting involving more than 15 mainly EU-level partner organisations provided some reassuring confirmation. URBACT is already seen in a positive light; and plans for the future programme are on the right track.

2021 is a key year for the future of the URBACT programme, as plans for URBACT IV are refined and confirmed amongst Member and Partner States. We took the opportunity to consult EU-level stakeholder organisations to check their views on URBACT as a programme, what it should be doing in the future and the potential for further work in partnerships.

Participants included representatives of European institutions, programmes and networks of cities. You can find the list of participating organisations and institutions at the bottom of the article. Here, we set out the key messages received, including some anonymous quotes.

URBACT has an excellent reputation amongst its peers

Most participants knew URBACT well with over 65% having personally cooperated with URBACT III in some capacity as part of their work. Participants had an overwhelmingly positive image of URBACT overall.

Words that participants associate with URBACT

The word cloud above shows that URBACT is known for its core work on “city cooperation”, “network[s]”, and “sustainable urban development”, but also for some of its most important strengths in terms of “capacity building”, “sharing and learning” and being “efficient”.

“For me, this is the best programme we have on urban action. It does make a difference.”

Beyond the more factual elements, it was encouraging also to see that some participants used words which reflect in part the warmth that many of us who work in the programme feel is key to the programme’s success, describing it as “great” and highlighting a reputation for “exciting meetings”!

“Thanks a lot URBACT for the kind invitation. Like other colleagues, I think URBACT has been doing an excellent job.”

Plans for URBACT IV are heading in the right direction

Participants heard about the plans for URBACT IV, which are structured into three main strands of activity:

Participants rated their agreement with the above statements from 1 (lowest) to 5 (highest).

Participants responded very positively to the proposed aims and activities of URBACT IV.

“URBACT I, II & III managed to always address the needs of cities and I really think that what you have proposed is exactly what they ask. So I think it’s very much in line with what I know from their needs.”

The plans for URBACT IV also include recognition of important links between URBACT on the one hand and the European Commission’s European Urban Initiative, on the other. However, participants’ responses suggest that it is still not always totally clear to them how these links are to be made in practice.

Participants ranked the importance of different proposed aspects of the future URBACT IV programme. In addition to agreeing that the priority focus should be on the core URBACT activity of supporting transnational networking among cities, participants particularly highlighted the need to build the capacity of cities in order to implement their planned actions.

“Exchanging and conceptualising is good. But… we don’t have much time to continue just discussing things… the clock is ticking and we have to act, especially considering climate goals.”

Participants also stressed the need for URBACT to prioritise work with small and medium-sized cities. However, one participant highlighted that it was not necessarily always the size of the city that mattered most, more its proximity or distance from existing European initiatives.

“There is still an issue to reach cities and local communities which feel isolated from everything that Europe is doing. This is happening in small cities, but also at neighbourhood level in big cities. Can we reach the ones we have not been able to reach until now?”

Engagement in knowledge production and sharing

Finally, in terms of their ideas for strengthening their cooperation or partnership with URBACT in the future, stakeholder organisations were particularly interested in the planned work around knowledge production and sharing.

“We would be interested to hear about the knowledge emerging from URBACT cities, but also to work with URBACT in the production of knowledge.”

This was seen as a key task by many, given the urgency of improving responses to the growing social, economic and climate challenges faced by cities. In this context, participants recognised the valuable role of URBACT – alongside networks of cities and cities themselves – in producing knowledge from the local level.

Another key challenge is to make this information as accessible as possible, and here the role of URBACT as a knowledge broker was recognised. Participants also highlighted the potential connections with the European Urban Initiative and other European platforms, as well as the valuable role of national-level actors in disseminating information in national languages.

“Our interest is mainly in knowledge sharing and production of knowledge… we would like very much to cross-fertilise [with URBACT]. We have to find the modalities… We want to see where we can help and complement what you are doing.”

The new URBACT IV programme, 2021-2027 is currently being prepared by a Programming Committee made up of Member and Partner States, two European organisations representing cities and the European Commission. France has once again been confirmed as the Managing Authority.

This stakeholder consultation meeting took place online on 14 January 2021. A previous stakeholder consultation took place in the form of an open survey on cities’ needs that was launched in May 2020. The draft programme will be made available in spring 2021, upon approval by the Programming Committee, before it works towards formal approval by the European Commission in autumn 2021. 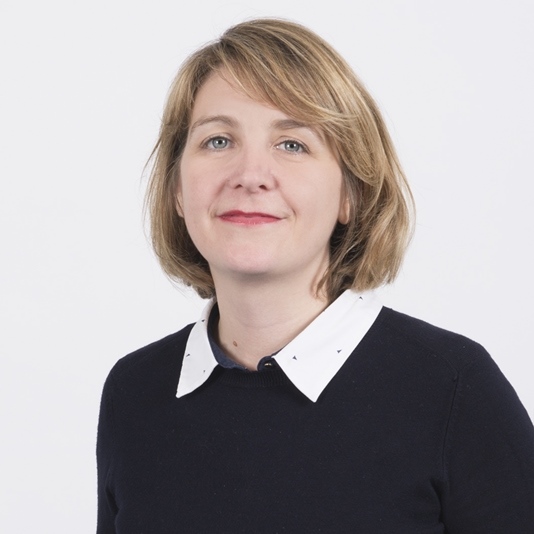 Submitted by Nuala Morgan on 21 January 2021