An article by Ileana Toscano and Paola Amato

Toy Libraries were the focus of the Study Visit, organized in Paris and its surroundings on 1st and 2nd July 2019, by the Urbact Transfer Network “The Playful Paradigm”, a partnership of 8 EU cities leaded by the Municipality of Udine and aimed at adapting Udine’s Good Practice about games and gamification experience as tools for boosting a better urban governance and an innovative urban planning.

When we think about promotion of games across communities, Toy Libraries are key within new innovative and more dynamic urban policies reflecting the huge demographic change happening in societies. In the case of The Playful Paradigm, Toy libraries represent a core experimental module to be fully studied, adapted and implemented by project partners taking into account the leading role long played by France and its good practices to which Udine took inspiration years ago prior to establishing its own hands on Toy Library “Ludoteca”.

Play is a positive and strong driver to trigger social inclusion, intergenerational transition, life-long learning, and healthy behaviors. In other words behind a superficial look, gaming can however be intended as a social vehicle or can enhance the distinctiveness of local cultural values of a given community.

However, play is mainly meant for leisure and fun and there is a saying that tells paramount among toy-librarians in France: all games are educational, except educational games. In other words: when you play, you play for pleasure and not for learning but indeed you do learn by playing. And curiosity also resumes the attitude towards games and the very skill of a Toy librarian, a profession that still struggles to get full recognition in many countries including France.

So what toy libraries are for, how they work and what kind of social added-value they have for a local community or for cities?

On a general term, Toy Libraries are part of a consolidated worldwide phenomenon that started as niche but that over time has strongly grown both in relevance and presence in many Countries. Sometime started spontaneously thanks to non-profit associations or even organized citizens, Toy Libraries are often set up by initiative of enlightened politicians at city level as in the case of Les Ulis and Issy les Moulineaux in the Paris area. Overall, as highlighted by Michel Thomas, President of French Toy-library Association (ALF), Ile-de-France area, their role has still to be fully recognised, as they do not get the attention and funding, they deserve.

Regardless of the organization/authority managing it, a Toy Library helps meet different objectives: promoting play, educating children but also supporting families. In deprived neighborhood when the street means the only option kids have to socialize, Toy libraries can help families keep kids away from the dangerous exposure to petty crimes or drugs.

Now why France is an interesting example when it comes to Ludothèques and their integration within urban policies?

France has a long tradition of Toy Libraries and playful activities. French cities have been developing play strategies for engaging with local communities. In suburbs they use play for involving vulnerable groups of people and promoting participation.

In France gaming has become very popular, as the French “model” succeeded in making playing first and foremost a social and cultural vehicle and obviously a leisure activity. Some events brought in spontaneously by non-profit organizations as Paris Ludique in the XII Arrondissement started with a mere 1000 participants attracting today 10.000 paying visitors. But the numbers are also growing and apart from large events such as Cannes International Games festival, some remarkable initiative take place in small places as in the case of Parthenay, a castle city that was able over time through games to reinvent and reaffirm itself as the centre of international Ludique festivals.

Today only in the Paris Ile-de-France area, the number of Ludothèques accounts for 267 with over 50% managed by NGOs or private associations and nearly as much by city councils, the latter usually providing more funding as well as dedicated and trained employees.

Working for improving functional standards of Ludothèque, ALF for example organizes each year a Summer University. The event draws the attention on the important role of playing tools as vehicles of education and inclusion. The initiative brings in Paris once a year educators, facilitators and toy-libraries staff from all around France to get training, insights and inspiration about playing activities.

Toy libraries in France can be a place where, as Michelle Thomas of ALF puts it, “immigrant kids that never speak French at home, can use French and communication happens for leisure and not because, as at school, they are somehow forced to express themselves in what they end up to regard as a FOREIGN language. When playing all barriers vanish and adults and kids come to know each other better”.

The above remarks reflect also the distinctive elements a Toy Library can mean whether located in a deprived or in a central posh area of a city: they all share the idea that games have social values and when you play, you have to define certain rules.

What Project Partners learned by the Study Visit?

In day one PPs joined the ALF Summer University in Paris, which marked in 2019 its 40th anniversary. Here they had the opportunity to meet and discuss with professionals and volunteers directly involved in playing activities.

Part of day and day 2 were dedicated to the visit of 3 linchpin model initiatives of Toy Libraries located around Paris, 2 very different places for geographical location, access, mixed population, grade of social integration, and funding: “Ludothèque Municipale” and the “Espace Ludique Marcel Aymé”, both in Issy Les Moulineaux, and the Toy Library of Les Ulis. All 3 experiments have been particularly successful in maintaining the true and social values of games as culture vehicle.

With “Ludothèque Municipale” and the “Espace Ludique Marcel Aymé”, the posh city of Issy Les Moulineaux has made games an extraordinary and much popular social attraction open to citizens of all ages. Here specific playing events are generally organized for children and adults together and for adults only. Some evening playing events for adults include also baby-sitting facility. In Issy Municipal Ludothèque in particular, PPs cruised inside the playing spaces and the storage where they were briefed on how to manage, repair and lend games and toys.

Use and landing of games and toys are all digitally managed by ICT softwares, while kids have to return landed games with a full inventory of all the assemblage pieces in order to make them responsible when passing over to the next lender.

Les Ulies is a different social and built environment, a new town built in 1977 around the advanced concept of social housing, its community today being a melting pot of different cultures. The city counts 25.000 inhabitants and groups a large number of not for profit organizations, that are well encouraged by the Municipality to promote inclusion projects. The Toy Library is owned by the Municipality and is managed by the “Association pour Vivre l’AutoGestion”, which cooperates with the administration to promote citizens’ welfare.

The Municipality with the collaboration of Toy Library organizes every year numerous projects for children and youths.

A special attention is given to children during summertime when schools are closed. Due to economic conditions of their families, they don’t have the opportunity to leave the city.

Tips for a Toy Library

During the interactive sessions that fallowed the visit of Ludothèques, 4 elements emerged as much important for a Toy Library:

Toy libraries need a well-designed space, with areas dedicated to different types of games. The minimum space includes a reception; a kitchen; an internet room for ICT games.

The store and the place for repairing games have to have enough capacity. Toy Libraries need space to stock games for events activities, games to repair and games to be cataloged.

The Toy Librarian is a specific job and then hiring the right people is essential. Training for Toy Librarians have to be provided, where they can learn games and how to involve people in playing. They also have to learn how to lift “big and heavy games” in order to avoid common injuries. But, most of all they have to love games and have fun when playing.

Each toy library needs to buy or repair games and toys every year. The average annual budget ranges from 3000 to 16000 euros depending on the size of a Toy library, its geographical location (metro or decentralized areas), or on whether it gets public funding as when, for example, it is directly run by a local authority

People need spaces where staying with small children, where having the opportunity to meet other people. older people need a place where playing with friends. Families wish to have a free space where parents
and children can relax together. migrants and low-income children need a safe place as an alternative to the street.
Toy Libraries compensate for all such citizens ‘needs. 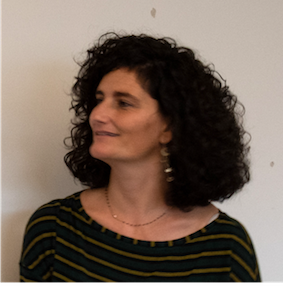 Submitted by Ileana Toscano on 17 September 2019