As more and more people have adopted sedentary lifestyles, and as the associated health and social problems have worsened, governments have become increasingly aware of their role in promoting physical activity. Half a year after the close of the VITAL CITIES URBACT Action Planning Network project, the participating cities are ready to look back and assess the progress they have made and identify further gains that can be made.

Ten cities came together in VITAL CITIES with the objective of promoting active lifestyles and social inclusion in urban environments. The network was established as part of URBACT, a European exchange and learning programme. During their time in the network, the cities took part in an intensive learning process focused on the issue of turning public spaces into low-threshold sports facilities. This involved, inter alia, redesigning public spaces, promoting these spaces, initiating ICT innovation, introducing non-ICT hardware, and optimising services.

The result of this process is a set of innovative tools and methods that can be used in urban design and planning to reshape public spaces linked to sports and physical activity. Cities also worked with local stakeholders to each produce an integrated action plan (IAP). In what follows below, we place several concrete examples under the microscope to assess their impact six months beyond the project’s end.

Most of the cities have begun to implement their IAPs using their own means or by calling upon stakeholders. Some have started by picking low-hanging fruit to show commitment, e.g. implementing ICT tools, while others have completed physical interventions.

Horten Municipality/Vestfold Region: how to involve young people? How to overcome criticism?

Horten’s ambition is to use the park to increase physical activity.

Horten’s main challenge is how to encourage youth participation in the planning of facilities. The city provides guidelines, support, and capacity building for a motivated group of young people. It reached out directly through schools and online tools.

Instead of buying equipment off the shelf, the city has purchased custom equipment that matches local needs and aesthetics (a key means of reducing vandalism).

Additionally, the city faced a challenge in that many locals complained about the possibility of increased noise pollution. City officials turned this into a positive by pointing out that increased activity would dissuade vandalism and drug use.

Gender also became an issue. Boys like to play with balls, etc. but girls like to climb and hide. Thus, during the design process, options for separate and mixed-use were incorporated.

In the run up to winter, Horten decided to ban cars from parts of the market square and instead use it as an ice ring. A local NGO then arranged for a group of refugee children to have their first ice skating experience. For the summer, the city painted lines and patterns on the ground to inculcate a sense of play.

Liepaja, the city where wind was born: how to reduce red tape for volunteers and their initiatives?

While developing their plans Liepaja bumped into one main issue: citizen involvement. The city has a good track record with, e.g., volunteering related to disabled people for which the city pays special attention to in city planning. Everywhere in the city on the pedestrian sidewalks 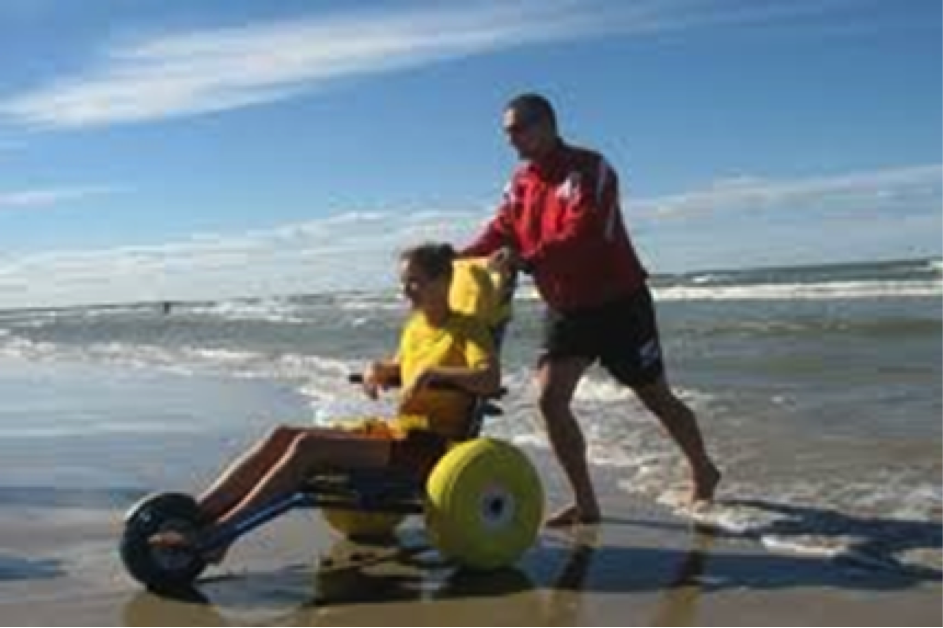 there are special white ribbed guiding tiles for the visually impaired. Additionally, special locally developed hearing buoys have been installed in a designated area on the Baltic Sea facilitating independent swimming for this target group. They also provide special wheelchairs for driving into the sea and an NGO run by volunteers provides the services. To tackle the city’s hesitation in reaching out to youths in the deprived Karosta quarters, a special session during the international exchange was planned with the Karosta kids. A rapid co-creating session led to many ideas for reconstruction. These contacts are still thriving today.

The main complaint expressed by citizens was about the length of time it took to get things done. This prohibits stakeholders from taking the initiative to build or organise things. Therefore, the city has cut red tape by developing a new workflow involving all departments. An app will reduce the wait from 12 to 3 weeks.

Burgas – European City of Sports 2015 – How to inform better citizens

Through the Vitalcities project Burgas became aware of its unique character: wedged between the Black Sea and salt lakes, it is a dense city with mixed districts, green public spaces, and good public transport. Urban sprawl is mostly absent and this provides ample opportunities for active transport, an important ’built in’ daily physical activity.

During the transnational peer reviews, the city was advised against interfering too much with the ’retro’ style of the Rosenetz area. The city became aware of the value of existing public spaces, facilities and initiatives and decided upon stakeholders’ wishes to ’disclose’ information as a first action within the integrated action plan. An online map of the facilities for sports and physical activity on the territory of the municipality has been made available at www.sport.burgas.bg

Short-term actions and results are necessary to prevent Burgas from falling back into ‘democratic participation fatigue’. 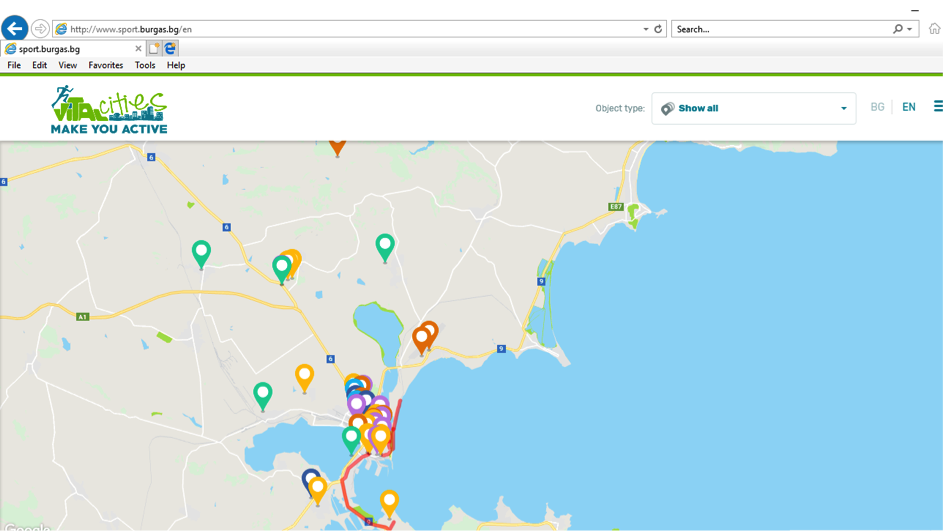 Birmingham – How to deliver services differently given a diverse & deprived population

Birmingham’s overall challenge is to overcome the inactivity of over 80% of its diverse citizenship, given the fact that 408.000 Birmingham citizens live in the top 10% most deprived in England.

This situation, combined with tight budgets, results in a need for creative solutions to tackling inactivity in a different way: by taking it to the streets and people instead of attracting people to large centralised and expensive facilities.

In its local action plan the city mainly targets cooperation with citizens and volunteering is at the heart of its approach. Active streets, active parks, and active citizens are the adagio.

The city looks at those groups that will result in the biggest impact. The strategy is to focus around ‘activity’ bringing forth social cohesion. Therefore, the city strengthens existing approaches like street closure for play, activities in the park like yoga, tai chi etc.

The VITAL CITIES project helped to bring The Active Wellbeing Society into existence. It is a concept that was thought about before the Vital Cities Programme, however, the programme allowed greater interaction with experts from the programme and colleagues from other cities to emphasise the wider whole system thinking about open spaces, physically active for all and not just the keen sports athletes.

Loulé – How to activate and involve all citizens and especially those in deprived areas?

The municipality of Loulé puts four central ambitions in its IAP: promoting an active and healthy lifestyle amongst the general population, doing the same for the older population, fighting sedentary lifestyles, and fostering social cohesion. It does this by using public spaces as active and dynamic areas and by organising activities. 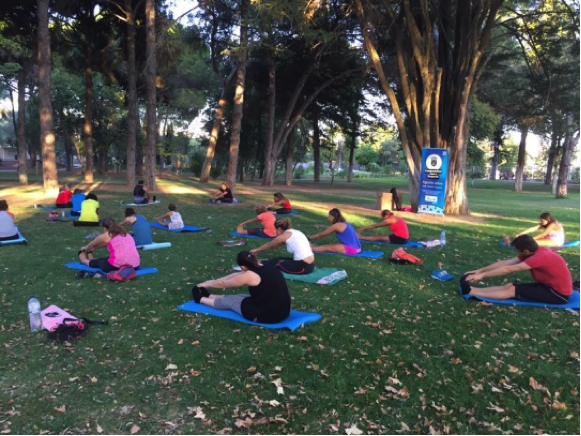 The city has chosen three small public target areas: the Stuttgart/Hanover streets have been completed even within the Vitalcities project lifespan! A deserted public space between larger blocks has been converted into an ambient public space with play equipment for children and fitness equipment for the elderly while offering room for ball games as well. The green has been balanced with the harder structures and car parking is foreseen at the edge of the quarters.

The city provides several different programs that have become a big success. Lots of activities are also organized in deprived areas. Tennis club de Loulé is one of the main promoters.

All in all the city offers activities on all different levels from dancing for elderly to boxing for youngsters. By involving 20 Local Partners more than 200 events/activities are organised reaching over 20.000 participants.

The five cities portrayed here have embarked on the journey of actually delivering on what they listed in their IAPs. During their journey, they have chosen to start with easy-to-organize actions involving local stakeholders. By aiming for the so-called ‘low-hanging fruit’ they have built trust. Yet they had to rethink things like information functions, the organisation of internal processes, and providing services tailored to local needs. There they had to think of aspects such as gender, social inclusion, demographic spread, diversity, and more down-to-earth things such as vandalism, security or air pollution. The cities seemed to have succeeded by staying close to their local DNA and their citizens. 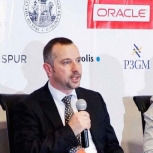