We must provide alternatives to car ownership!

Michael Glotz-Richter is Senior Project Manager for Sustainable Mobility for the German city-state of Bremen in the Senate Department for Environment, Urban Development and Transport. He was interviewed by the German National URBACT Point on the experience of Bremen on alternatives to car ownership.

Michael holds a diploma in Urban and Regional Planning from the Technical University in Berlin (1984). He worked in Hamburg, Bonn, Berlin, Cologne and for more than 20 years for the City of Bremen. He is responsible for many internationally recognised model projects on sustainable transport and environmentally-friendly mobility. Since 2005, he has been involved as reviewer in European research projects on automated and autonomous transport (STARS).

Car sharing models in Bremen and successful spill overs to other European cities. When it comes to traffic and transport issues, all European cities face similar challenges: There are too many cars on the road and parking in our streets. As a result, road safety, air quality, noise exposure and, ultimately, the attractiveness of our municipalities as places to live and work suffers.

Potential for change is coming along with technological development and digitalization as well as with a societal shift, towards an attitude that is best described with the phrase “use it, don’t own it!”. Shared models like ridesharing, bike sharing or car sharing are promising in this regard.

The Hanseatic City of Bremen grew into a pioneer role in the area of shared transportation means. Currently, Bremen is refining its sharing strategy in the context of the INTERREG project “SHARE-North” which appears to have an impact far beyond the city border of Bremen. Other European Cities like Bergen in Norway and Ghent in Belgium already adopted Bremen’s successful sharing model, making it of special interest for URBACT.

Michael Glotz-Richter, project manager and expert for sustainable mobility for the City of Bremen tells us about the positive effects of car sharing and what cities have to consider on their path towards the mobility transition.

Your project SHARE-North has been running for two years now. What are tangible results in the city of Bremen?

Sharing - in the context of mobility - becomes more and more important in Bremen. “Using rather than owning” helps us relieve our streets as we demonstrated in a recent study for the SHARE-North project. More than 5.000 people in Bremen sold their cars or refrained from buying a car due to available sharing options. This equals 20 kilometres of free road space or multi-storey car park worth roughly 100 million euros. Against this background, a car sharing strategy is a sensible measure in urban development, isn’t it?

What advice do you have for cities that want to establish sharing models and tackle the challenge of mobility transition?

People do not need a car for daily routines like getting to work. Sharing approaches reduce costs for housing development since underground car parking easily makes ten to fifteen per cent of the construction costs. In this regard, shared mobility strategies are the more efficient and future-oriented way. Even more important is that we are relieving current road space in order to make room for pedestrians, bicycles and greening. This will hardly happen without conflicts but it is inevitable.

How did SHARE-North contribute to mobility transition in Bremen?

As part of SHARE-North, the so called “mobil.pünktchen” (small mobile points) were further extended in Bremen. In contrast to the “mobil.punkte” (mobile points), they Small Mobile Points are smaller car sharing stations that fit up to three cars and, therefore, can be found in narrower streets. Sidewalk extensions as part of the mobil.pünktchen leave room for bike parking and contribute to easy and safe crossing of pedestrians. Furthermore, we simplified manoeuvring for waste collection and emergency vehicles in streets previously blocked by parking cars! Every mobil.punkt and mobil.pünktchen made as visible as possible.

The analyses of our car sharing strategy’s impacts show that users of sharing models especially value proximity of car sharing stations. Pleasingly, the people of Bremen are really satisfied regarding this criterion. That shows us that our model is working.

How did other municipalities benefit from your model?

The overuse of public road space is a pressing problem in all European cities. Car parking becomes a bigger challenge – since cars get wider. Against this background, Bremen’s car sharing strategy constitutes an example for our project partners of how to provide alternatives to owning a car. The Belgium City of Ghent has adapted a customised version of Bremen’s car sharing action plan. As a result, you can find the idea of “mobil.punkte” in the “mobipunt” strategy in Flanders and in the Netherlands.

The City of Bergen adopted the design of Bremen’s “mobil.pünktchen” as well. Recently, on 8 May 2018, the first Norwegian mobile point was introduced in the context of a project meeting. Within the following six weeks even the Norwegian minister of transport and communications came for a visit. Here in Bremen we have had the mobile points for fifteen years. It has never been visited by a Transport Minister from the federal government, yet…

What is your outlook on the future of mobility in European cities?

Bremen, of all German cities with more than 500.000 inhabitants, has proportionally the most extensive bicycle traffic as well as the lowest nitrogen dioxide (NO2) pollution. It shows how efficient cycle strategies contribute to fighting pollution problems. Additionally, the TomTom traffic index shows that Bremen is a city with comparably few traffic jams.

In general, we must focus more on space-efficient means of transportation like public transport, biking or walking. One tends to forget that more than 95 per cent of the routes to public transport stops are travelled by foot. Technology, cross-linking and digitalisation are especially helpful, if they include and integrate pedestrians and cyclists. Mobility services as alternatives to owning a car constitute a great but fairly unexploited opportunity to enhance a city’s functionality and quality of life. 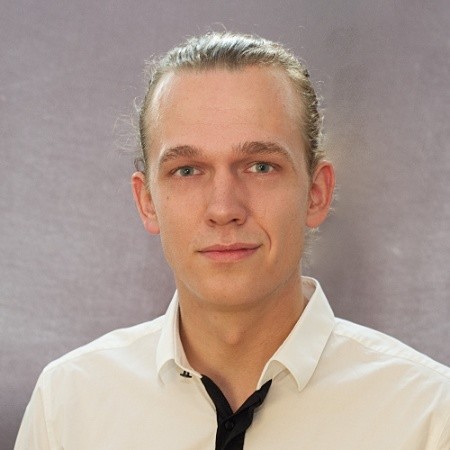