Willem van Winden takes a look at how the university city of Groningen (NL), in the North, is working towards welcoming, nurturing and integrating international talent.

European cities are becoming more international and multicultural. Despite the rise of negative sentiments around immigration and the fear of loss of identity, for many cities, finding international talent is an economic necessity. They need engineers, scientists, knowledge workers, but also plumbers, nurses and truck drivers. There are simply too many job openings that cannot be filled by locals or nationals. Moreover, Europe’s universities are vying to attract international students: to make up for an ageing home region, or just as a means to pick the best brains…

In the URBACT Transfer Network, titled “Welcoming International Talent”, we focus on the question of how cities can effectively deal with the challenge of attracting, welcoming, retaining and integrating international students and professionals.

This poses a lot of questions that cannot be answered by the city alone: it involves many players, including the universities, employers, citizens, cultural institutions, etc. And it touches on many policy fields: social, economic, urban planning, housing….

Especially for smaller and medium sized cities, this form of skills-oriented internationalisation poses new questions and challenges. Unlike larger cities and capitals, they never had such large groups of residents (temporary or permanent) from abroad, but now they are facing a new reality.

The city of Groningen, in the North of the Netherlands, is a prime example. Being a student city, it saw the number of foreign students grow dramatically in the last decade. And, the scientific staff of its universities has become more international too. At the same time, the local economy is growing, requiring skilled people, but the population is ageing and the workforce shrinking. Thus, for Groningen, a key challenge is to try to connect the dots: if more internationals students would stay and find a job in Groningen after graduation –rather than leave for their home country or a big city- it would benefit the urban and regional economy and counter go against the ageing trend. And, as Jan Kees Kleuver, project leader, stresses, “Groningen is essentially a student city. We need to attract more international students, because our regional population is ageing, and student numbers may go down….” 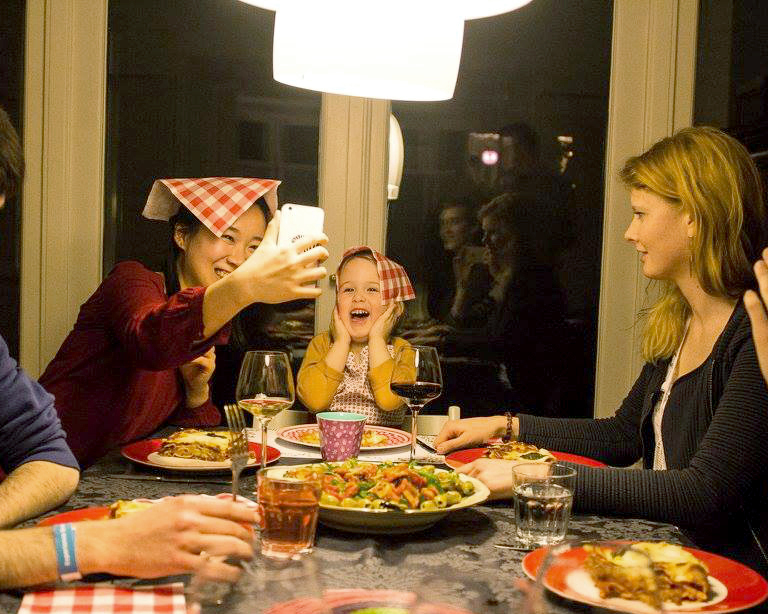 Easier said than done! There are many barriers. Without mastering the Dutch language, it is not easy to fully participate in society. Until recently, Groningen’s theatres and events did not cater for English speaking people; moreover, even when most Dutch people speak English, it can be hard to find your way into local sports or music clubs, understand the Dutch healthcare system, find an international school for your kids, or obtain an internship. And it turns out that despite a low language barrier, Dutch and international students hardly mix. Then, there are (student) housing shortages, a lot of red tape regarding immigration rules, etc etc. How welcoming is all that?

There is a lot to be done in Groningen, on many levels, to become a welcoming city to international expats. Last year, a set of key stakeholders – city, universities, the academic hospital, and big employers - decided to join forces and develop an integrated strategy to attract and embed international people to Groningen, and make them feel at home. A number of concrete actions are being taken:
- developing a cultural community platform;
- setting up an international house in the city centre;
- measures to ease the bureaucratic burden for internationals;
- support for regional companies to hire foreigners or provide places for internships;
- a buddy system, linking locals to internationals.

Groningen is very active, a frontrunner in this field. Most importantly, it involves the international crowd in the design and implementation of every action or policy, to make sure it’s a good fit. After successfully applying for “URBACT Good Practice”, it now leads a growing network of medium sized European cities that share the same ambition.

As it stands now, the cities of Bielsko Biala (PO), Debrecen (HU), Leuven (BE), Magdeburg (DE), Parma (IT), and Zlin (CZ) have joined the network. They share the fact that they are medium sized university cities, with a growing influx of internationals. They all have the strategic ambition to become more attractive and welcoming to international professionals and students, and they want to learn from Groningen’s example. The partners realise that a common vision and partnership is required to get things done; first of all between city and the university, but also with employers, cultural institutions, events etc.  This is far from easy to achieve, and there is much to be learned. The partners have their own very specific local issues, and have developed remarkable initiatives themselves already. All cities see the project as a catalyst for their own ambitions and strategies; by peer reviewing each other, they hope to be inspired and go home with fresh ideas. As the vice mayor of Zlin, one of the partner cities, put it: “we will not wait until the end of the project to change our policies: we hope to be inspired by our partner cities, and start bringing partners together from day one, developing actions together, and implementing them”.

The partners identified a number of specific issues on which the collaboration should focus:

How does a tree grow - and can you transplant it? 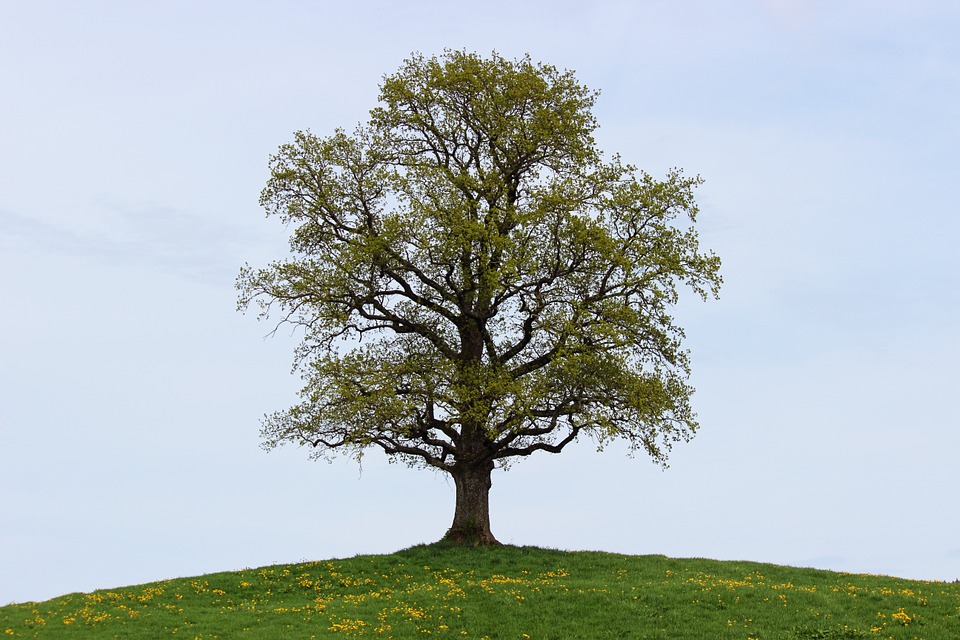 Transferring Good Practices is far from straightforward. In this project, we compare the best practice to a tree: a living creature, that took long to grow and flourish, and that has roots in a fertile soil. The trunk of the Groningen tree is the comprehensive strategy of the city’s key stakeholders towards internationalisation.  The projects and policy programmes are its branches and the leaves of the tree are the visible actions and results of the strategy.

The roots of the tree are beneath the surface. You cannot see them but they are decisive for the tree’s development. They represent the underlying institutional structures that helped the partners in Groningen to collaborate: trust between the key players/stakeholders; a shared ambition to lift up the city as place for international talent; and the shared realisation that collaboration is needed in the wider region – as well as shared leadership, to take responsibility for something that stretches beyond the interest of the individual organisations/stakeholders.

The soil stands for cultural aspects that make it possible for the tree (trunk, branches, leaves and roots) to grow. It is a main source of nutrients. In the case of Groningen, this represents the participative tradition of involving citizens (in this case: internationals) in the design of policies; and its ability to collaborate and allocate resources to the common goal, resolving any emerging conflicts of interest.

The tree can only flourish in the right climate and weather conditions. This includes the political climate (the city management and elected representatives supporting the policy direction) and social climate: a receptive and supportive local population that embraces internationalisation to a large extent. Weather and climate can change, with significant implications for the tree.

What does this imply for transfer potential? 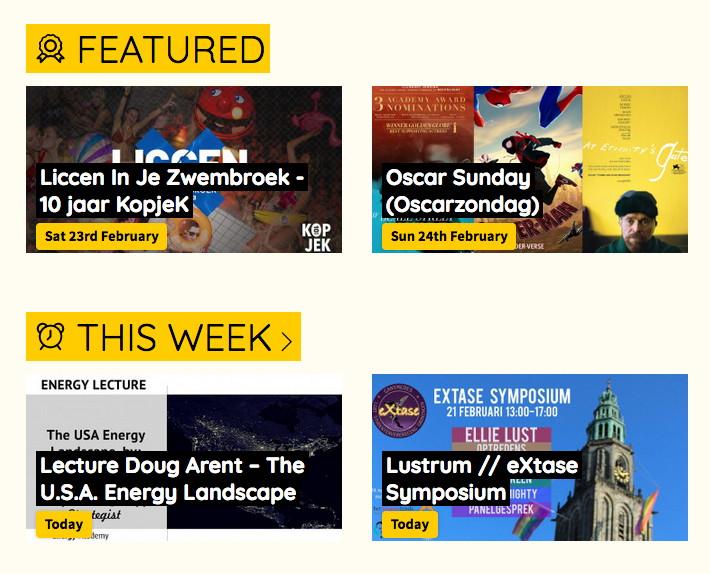 First of all, transferring an entire tree to another place is possible but very difficult, because the life of the tree depends on so many factors. That does not mean that it is impossible. Transfer to other cities can be considered on the level of the fully integrated programme approach, or on the level of individual projects. The latter will be the easiest. Stakeholders in Groningen have highly detailed project plans which they are happy to share with other cities. Also, the digital platforms (the cultural events website Here&Now and the new general Groningen platform for internationals) are being designed under the Creative Commons licence to facilitate replication and transfer.

The transfer of the fully integrated approach is certainly also feasible, but it will require more effort, strong political, top-level support, and may take longer to materialize, especially for cities that are in an early stage of co-ordinating their internationalisation strategies. Also, contextual factors will play an important role: the local culture of collaboration, power relations between key stakeholders, competences, etc.

Last but not least: although Groningen is recognized as good practice, there is much to be learned from the others as well. For example, Magdeburg set up a very interesting welcoming ceremony for all new internationals; Zlin University set up a buddy system linking Czech students to international ones, to foster integration. There is much to learn from other trees in the European garden.