WHO COULD IMAGINE: A Covid-19 diary from Parma - Italy

The Italian city of Parma, partner in the Welcoming International Talent project, was severely hit by the Corona virus in the beginning of 2020. Our colleagues of Parma provides us a little insight in life in Parma and how international talents are dealing with this crisis.

December 2019: a new virus highly contagious and completely unknown to our immune system started circulating in a remote place of the globe: Wuhan, China. Who could imagine this virus, apparently so distant would spread and cause many problems at an individual and collective level, for health and economic systems?

And then everything changed.

Monday 9 March: around 10 pm, Prime Minister Giuseppe Conte announces on television that he has extended the measures already taken for Lombardy and the other 14 provinces to the whole country. Italy will become a "protected area". The rule of the new decree is contained in the hashtag #iorestoacasa: you can only go out for proven reasons of necessity such as for shopping, for work needs, for the purchase of drugs or for other health reasons.

In the latest update, carried out on a sample of 1,689 Municipalities, the Istat Institute takes into consideration the number of deaths between March 1 and April 4 with the same period last year. Among the major Municipalities, in particular, Bergamo is at the top of this sad ranking, which marks a + 382.8% of deaths. Followed by Crema (+ 322%) and Piacenza (+ 309.1%). Over 100% of deaths there are also cities like Parma (+ 164.3%).

March 2020 in Parma: the ambulance sirens are incessant, day and night, helicopters come and go from all over the city and the provinces, to the hospital. Health services hold up, but with great effort. If you are not feeling well, they tell you to stay at home and not go to the emergency room for any reason and contact your doctor. You feel trapped, you only hope not to get sick, while the people around you, even young people, old classmates, doctors, neighbors, people you know, they die in a hospital, alone, without their families. If a family member is hospitalized, you’re not allowed to go there, you can only call the doctor, ask for news and wait. And hope not to receive a phone call from the hospital. 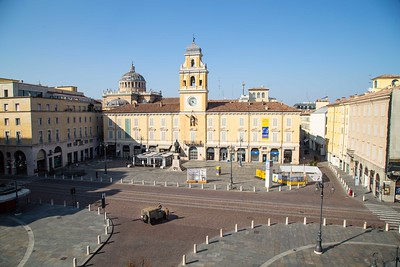 In a situation like this a city had to react and Parma did.

The Municipality of Parma published useful indications provided to counter the spread of COVID19 in various languages: Albanian, Arabic, Chinese, English, French, Hindi, Romanian. Furthermore, the Municipality produced several documents for its employees but also for the citizenship recommending to stay at home and make sure people stay home with the help of law enforcement. If you go out, you need a declaration, if you haven’t, you’re fined.

The Mayor, Federico Pizzarotti, constantly updates the citizens about news, initiatives, for example how to ask for shopping vouchers, how to deal with the virus or simply to comfort citizens.

Italy is a country where a large number of citizens practice volunteering in various forms: according to ISTAT the estimated number of volunteers in Italy is 6.63 million people (total volunteering rate equal to 12.6%). And the mayors can rely on the dense network of volunteering. In the field there are among others Caritas, Banco Alimentare, but also many large and small secular and Catholic associations, in addition to the volunteers of the Civil Protection.

The world of organized volunteering is then flanked by that spontaneous of simple citizens who set in motion to guarantee food to those in difficulty: dishes in single portions to be distributed to the poor of the town hall and to the homeless and homeless migrants who live in the street, crowdfunding for the hospital, bring groceries or medicines directly to the home of older people, and so forth. In Parma, many associations are giving their great contribution to the emergency. And people are making their contribution by staying at home (apart from a few irresponsible people) but Parma didn’t stop even though people work from home and street are nearly desert.

International talents in a crisis

As for the internationals, those who work in the companies, they either work from home or go staggered to work (like all the other employees); those in the University work or study from home because universities are closed and schools too. Parma has many University students currently on the move abroad with the Erasmus + and Overworld programs, The University of Parma is putting in place strengths and energies to support its students in these difficult days, and social tools are among the most used, because they are immediate and widespread. A Facebook group was activated, and students were invited to register and divided according to the countries in which the students currently stay. The group, called "COVID-19 UNIPR outgoing students", has now registered over 200 students who are currently in European and non-European universities thanks to exchange programs with the University

Of the 346 students who are studying in foreign universities, more than half (164) remained abroad: the majority (108, 65.8%) freely chose to stay, while 16.5% would like to return but they don’t either because there aren’t means of transport (trains, planes) or because they fear difficulties for the journey or for the interruption of the study period and prefer to stay where they are. 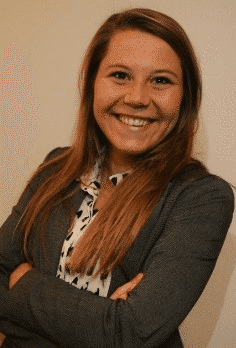