A meaningful change of context for cities

Two important international acts have taken place in 2016, that significantly enlarge the scope of action, and the responsibilities of cities. On the international scale, its the United Nation's Agenda for Sustainable Development, where in New York in September, 17 Sustainable Development Goals were endorsed by world leaders. If read attentively each one implies a lot of work most of all for local governments in partnership with transnational organisations, national and regional governments:

The other historic event concerning cities is the European Union's Urban Agenda, prepared and piloted by the Dutch presidency of the European Union, that strongly underlines, that cities have to be brought to the forefront of transnational collaboration, as strategies and policies decided without them appear not to have the successes that were envisaged.

The main aims of the Urban Agenda are:
1. Promoting the involvement of cities in EU policy making and the development, implementation and evaluation of more ´urban friendly´ European legislation (‘Better Regulation’).
2. Ensuring better access to and utilisation of European funds.
3. Improving the European urban knowledge base and stimulating the sharing of best practices and cooperation between cities.
URBACT as a whole can be proud to show, that over the 3 generations of networks, these very aims have guided it and made it more and more influential on urban subjects.
What challenges for the URBACT networks?
URBACT is a strong and very present actor in the EU Urban Agenda, participating in all the thematic networks, that are run by representatives of countries and cities together. Boosting Social Innovation, as one of the 19 action planning networks has to take on this challenge, as the subject matter it deals with concerns how to act in a new innovative landscape, which is the exact equivalent of a social innovation that is brought into the horizon of a given city.
What is the core of Boosting Social Innovation?

This network of 10 EU cities and 1 non EU observer (Lviv from the Ukraine) works on improving or creating the ecosystems, that stimulate, foster and develop social innovation. The functioning of these ecosystems (a little different in each city) relies on the quality of relationships built between  many pluridimensional actors, who act across boundaries, cross fertilize, and create a community that welcomes and invites even more social innovation.
In relation to the main themes decided by the network this implies the following complementarities:
1. Governance goes with brokerage:
Good coordination of the SMART city policy in Milan is achieved by a coordination at the political level of all actions, in several departments, that have an effect on this global city policy. In Gdansk, the migration policy initiated by the mayor Pawel Adamowicz, has been built by a partnership of 120 structures, who co-constructed a model, involving all the different aspects of a migrant's reality, from education to health, from security to work, from housing to mobility. In Braga, the policy of awakening the city centre has concentrated on the youth of the city in a participative manner. Within the Boostinno logic, the social innovation aspect has been appreciated as more global, and it has become the responsibility of the social policy department. Paris has decided that it will not receive any deliveries next year, from diesel trucks or cars. Therefore it is playing out the role of a strategic innovator, relying on its economic strategies to improve the air cleanliness of the city.
Compared to a classical definitions of what a local authority must do, (infrastructure, sewage, transport etc) these examples clearly show, that the role of cities is evolving and changing rapidly. They are no longer the simple executors of national policy, with a minimum of leeway to take initiatives. They have to interact with citizens and are:
The Boosting Social Innovation network, is facing the challenge to address the subject of brokerage in the next transnational workshop, where the partners will work out how this new role affects a person (i.e. a city employee or a local politician), but also city partners, the city administration as well as the network of cities, working in the direction of social innovation.
2. City and citizens, goes with building relationships:
Barcelona Activa runs many training courses, especially in the area of computer literacy at an advanced level. City policy has underlined the need for the population to become as versed as possible in this area to boost economic development. The city's major tool in local development, builds its relationship with inhabitants on this basis. Baia Mare has initiated many meetings of the URBACT local groups, basing its work on building bottom up approaches. Wroclaw is building its policy of returning the main street of the city to the free use of inhabitants, by starting up and developing relationships with different stakeholders; business people, inhabitants, street users, younger and older persons etc. Strasbourg has strongly invested  co-construction with citizens, as the best method to build up its social and solidarity economy sector with incredible results.
The relationship between city administrations and citizens is evolving rapidly. If at some point it was limited to obligatory services rendered to citizens, or strict control over their lives (as in ex-communist countries) at present local authorities have to:
3. Spaces go with where to do all this:
Picture: BASE Milano

Dedicated spaces for social innovation already exist in Turin (Rinascimenti Sociali Center) and Milan (BASE). Gdansk is planning its own social innovation space, whilst several other cities have a mixed bag of spaces, where social innovation has its place. Social innovation is not just a question of physical space. The real added value of Turin's ecosystem, is the relationship built amoung all the actors of the quadruple helix; knowledge, public, private and citizen sectors. The city also has the capacity to mobilise individual competences for free, as well as institutional ones (8 banks which are ready to give credit to social innovators). On the other hand Paris supports the development of social innovation (social and solidarity economies included) by producing cheaper spaces in expensive Paris, where keeping initiatives inside the city is a real challenge. Spaces for innovative culture link three of the network cities; Skane county, Milan and Braga; the BASE complex in Milan shows that artists and creative persons have a profound role to play in local development. The role of spaces is thus multiple:
4. Impact measurement goes with understanding the results of what we do:
The vice-mayor of Paris, Antoinette Guhl, underlined at the network's kick off meeting, that for her every decision the local authority takes, has to be clear and understandable to the average inhabitant. This is a real challenge for cities, as they have difficulties themselves to measure what they do, and are often not very good at communicating the results of their work to their citizens, even though social media have notably changed the information equation. Impact measurement as such appears often in texts and communications, but as the recent Diakonia conference on this subject in Brussels showed, good simple, cheap and practical ways of measuring social and urban impact are still to be invented and put into practice. This constitutes one of the future challenges of the network.
Notwithstanding several steps have been taken in the Boosting Social Innovation network to try to improve this score:

The co-construction value of this methodology and moreover it's sense making quality may be one of the ways of sharing themes, closeness and other links between local authorities and citizens as well as amoung the cities participating in the network.
What are the added values of these relations?
The above participatory community mapping cycle is based on the assumption that building communities depends on our capacities to intervene, to show results, to create maps, that allow intuitive sensemaking processes to exist. This in turn develops a common vision amoung participants, creating a very strong "social glue". If used as tools for cross-fertilisation, for integrated action planning and doing, this kind of knowledge and feeling can be translated into political arguments, working at the core of the present crisis we are living through, where a total lack of trust has become what is common, but not what gives sense and unites different stakeholders.
Cities must redefine their role as intermediaries, who can relate best to what is happening in our societies, because it is in cities that most people now live. Cities cannot continue to be "ruled" from behind desks, where employees never see how different aspects of the city function or by far away international structures.
Therefore this role of brokers, or sense brokers, that cities should undertake must produce change:
Conclusions – a two way process:
Cities have to manage on the ground, hands on all the time. Other levels of governance have to make spaces for local policies to be capable of dealing with the challenges, and undoubtedly the role of supranational bodies like the European Union have to stimulate national governments in appropriate directions. The Urban Agenda is giving cities a long hoped for co-construction role, that is so important. In addition in some countries cities are getting organised amoung themselves, in order to fully benefit from this European logic, and to make their own contributions through more intensive networking.
So social innovation will only exist and develop if the capacity for change and its management are fully taken on board by cities first, but also by the other governance levels. Creativity as such can only take place when the stakeholders feel that they are free to do so. This freedom comes from trust, stability and the right to make mistakes, seen as a creative process in itself and must include citizens, city workers, politicians, entrepreneurs and the knowledge sector. This inclusion aspect is critical. Several of the network cities are working intensively on how to involve and empower those citizens who are far removed from participation, mainly those living in regeneration areas. Here once again it appears that the relationships, which can be built, are crucial, and in this cities require and need the support of all the other levels of governance.
Themes homepage sticky:
Governance 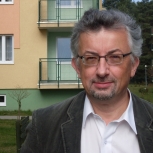 Submitted by Peter Wolkowinski on 24 January 2017