Home » Inclusion » Women and the City: Be Bold For Change on International Women’s Day

Women and the City: Be Bold For Change on International Women’s Day

8 March is International Women’s Day (IWD) and the campaign this year is #BeBoldForChange. IWD is a worldwide event that celebrates women’s achievements –from the political to the social – while calling for gender equality.  The day is marked around the globe with performances, talks, rallies, networking events, conferences, marches and even strikes.

Gender equality is a fundamental value of the European Union, enshrined in the Treaty of Rome. It is one of the cross cutting themes to be taken into account by all the Urban Agenda for the EU thematic partnerships. Gender equality and empowerment of women is also one of the new UN Sustainable Development Goals adopted in 2015.
What needs to be done to make cities more gender-equal? What are the key challenges? The actions and solutions required will vary in different parts of the globe, but there are many threads that relate to urban governance, and that are particularly linked to the integrated and participatory approach promoted by URBACT. Here are just a few.

Women are still under-represented at all levels of government. Globally fewer than 5% of the world’s mayors are currently women. In Europe, data from 2013 shows women made up 32% of municipal councils and regional assemblies.
There is much evidence to suggest that women are most actively engaged as leaders and participants at a smaller scale community level, in more informal, less institutional settings. Support is needed to encourage women to take their skills, experience and knowledge into more formal and senior leadership positions, to bring their valuable perspectives to policy and practice.
Women’s voices are often the minority in public forums, in conferences, events at all levels, and this lack of visibility and role models is one of the factors that inhibit women to step up into senior roles. To this end the #EUPanelwatch platform monitors the diversity of speakers at events in Brussels, the heart of the European Union. "We need better, more diverse debates that empower and inspire the next generation of leaders. Only then can we achieve an inclusive, sustainable and prosperous Europe."
Economic inequality 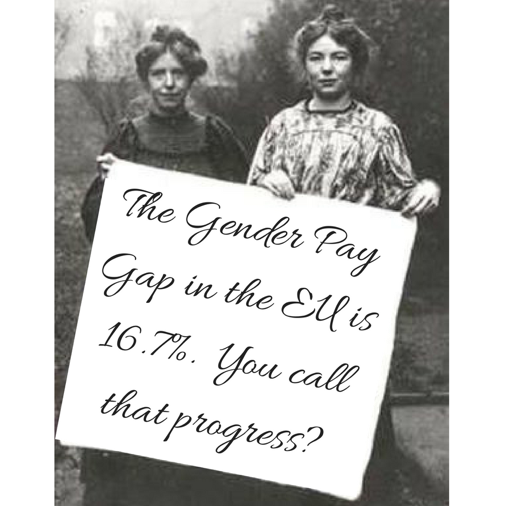 EU cities are considered to be the engine of the continent’s economy, and across Europe the gender pay gap persists. Women are paid on average 16% less than men for every hour worked, make up less than a quarter of company board positions. A third of women work part-time, in many cases to accommodate care responsibilities. Women are under-represented in some key EU innovative growth sectors such as tech, and in entrepreneurship, in part due to barriers accessing financial capital.
In urban poverty debates there is increasing recognition that access to income and assets, housing, transport and basic services is influenced by gender-based constraints and opportunities. A gender equality perspective becomes important in order to understand how men and women experience and respond to poverty in different ways. Research also shows that women are hit harder by austerity. Out of all household types, lone mothers are hardest hit by cuts to services, tax and benefits changes followed by lone fathers and single female pensioners. European Social Fund projects often address these challenges with targeted interventions. Good practices addressing women’s economic empowerment documented in the URBACT WEED network include customised skills training, mentoring, female entrepreneurship and business networks and non biased recruitment and promotion procedures.
Public space 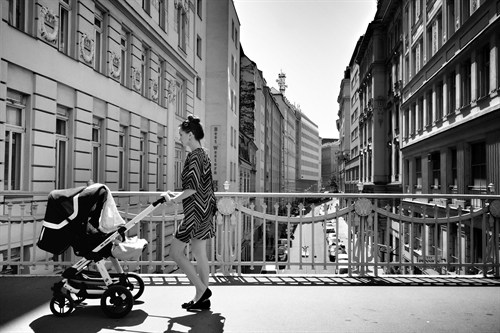 Many of the old divisions in public spaces often persist, based on traditional perceptions of men in public and women in the private sphere. But women’s voices can be central to urban planning and development, both as key users of urban space in their role as home managers, as community leaders and initiators of neighbourhood networks. Women acquire deep and insightful knowledge of what is needed in and for the built environment, such as the design of public space, infrastructure, and services to meet the needs of all community members.
The kind of multifunctional urban spaces, based on smart and dense city planning, as explored in URBACT networks can provide gender sensitive solutions. Mixed use neighbourhoods with short travel distances and close proximity to work, childcare, and schools, plus extensive availability of stores and services, along with safe pedestrian environments, attractive public spaces and frequent and easily accessible public transportation systems can reduce inequalities.
Well-designed urban spaces can also contribute to alter gender-based division of labour and burden of care-giving within families and communities.  For instance various studies have concluded that men tend to get more easily involved in family care-giving responsibilities when these tasks are “socialised” in a more public and collective setting. The Vital Cities network, for instance, is exploring how to promote physical activity in public space also through a gender lens by hearing about how to get more women and girls involved in sport in the community. The urban fabric therefore has great importance for social cohesion and gender equality, especially concerning women’s involvement in community life, also as the place where migrants and refugees integrate.
How can you #BeBoldForChange?
On IWD and going forward, as individuals, we can all take up the challenge to promote gender equality.

Women and girls can step up, think about their power and use their voice, become active in communities, run for office.
Men and boys can think about how to support women (#heforshe), balance domestic responsibilities, encourage, nurture, and make space.
We can all become more conscious of own bias, for instance by being more aware about the language we use, the assumptions we make, and how they can have an impact on gender equality.
In relation to urban planning the good news is that cities can and often do effectively implement gender-sensitive interventions. Engaging in co-production with civil society, as practised in URBACT networks, implies formally recognising the human experience of “everyday life” as generating a type of urban expertise that is equal in importance to formal higher education, professional qualifications, and institutional experience. Gender perspectives can also be brought to improve design and implementation of other urban services, such as mobility, education, health and housing. The tools at our disposal include gender budgeting, smart procurement, gender-proofing, awareness training, and impact monitoring.
Tips for URBACT cities:
Cause for celebrations
On IWD, women across the world come together to raise awareness while also celebrating the achievements of women who have overcome barriers. It's an active message that is likely to resonate with the millions of women, girls and men who have taken to the streets to march this year, including in most EU capital cities, in opposition to divisive politics.
In the EU we can salute some of the trailblazing female Mayors of major cities starting to do things differently, whilst not forgetting the many millions of women who are driving fundamental change in urban development, climate action, integration of migrants, cultural life, safe neighbourhoods and more. Ada Colau Mayor of Barcelona has vowed to ‘feminise’ politics and her key priorities include human rights, justice and inclusion.  Anne Hidalgo, Mayor of Paris is Chair of C40 Women 4 Climate and has presented radical proposals to extend pedestrianisation of the city. 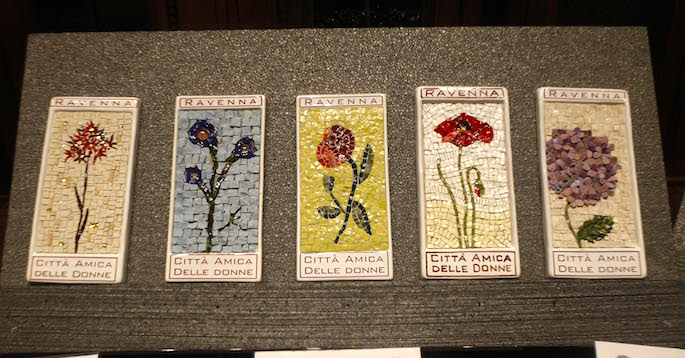 Many EU cities are already working successfully on gender equality. Vienna is an EU-capital that actively works on making the city available to women. It started gender mainstreaming the city in the 90s and is still working towards this goal. Other initiatives include Amsterdam’s most female friendly society launched in 2016, following on from Ravenna’s Città Amica Delle Donne which has created small mosaic plaques in every corner of the old town.
So on 8 March let’s follow the lead of these pioneers, celebrate progress and above all commit to being bold for gender-equal cities.
“Only if the New Urban Agendas effectively identifies pathways that challenge the wider structural power dynamics that perpetuate gender inequality can it successfully promote more equitable, just cities.”
Photo: Young woman with pushchair, Vienna, credit: flickr_db26b73
Themes homepage sticky:
Inclusion

Submitted by Sally Kneeshaw on 07 March 2017