Home » Integrated Urban Development » Your city in your pocket!

Your city in your pocket!

Card4all project is based on the Gijon Citizen Card, an URBACT Good Practice, which is celebrating its 16th birthday in 2018. During this time, Miguel Sousa says it offered citizens access to a range of public services, stimulated their modernization and increased trust and proximity between citizens and city services.

The idea for the Citizen Card first took hold in 1999 after analyzing similar experiences developed by other cities. Three years later, in 2002, it was implemented in Gijon as a tool to integrate services and a very useful resource one could have, be it residents or visitors.

The card’s objectives from the beginning were: to offer citizens good quality services, have one card for all municipal actions, improve existing functions and add new ones. It has become an essential tool to the quality of life in Gijon City: "Smart living". Citizens of Gijón, businesses and tourists could access municipal services, allowing a reduction in bureaucracy, time saving, ensuring access to services, promoting policies of social inclusion, sustainability, smart growth and sustainable mobility.

The Citizen Card is personal and non-transferable, replacing other identification systems like the Library Card, Transport Card or others related to municipal services. Gathering all services in one single card, means saving time and an overall efficient simplification.

Thanks to all the improvements already made and those that can be implemented in the future, the Citizen Card will prove to be a basic yet crucial mechanism helping citizens with services offered by Gijon City Council. It’s also set to become a distinctive symbol of the city.

The Citizen Card launched its services in 2002, with 27,037 cards issued that year. From that moment on, the numbers have been steadily increasing to reach 332,283 cards 16 years later. 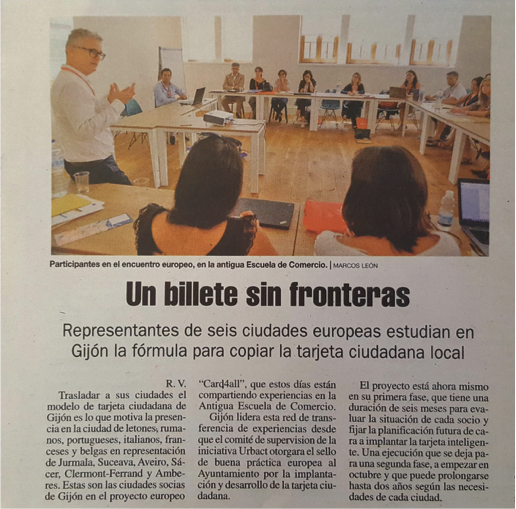 Today the number of cards issued is higher than the population of Gijon, which in 2017 reached 271,987 inhabitants. This can be explained by the cards being available to non residents. The aim of the card was always to go beyond borders and open the city’s virtual doors to any person/company/association that needs its services.

The Citizen Card services have been improved thanks to the citizens’ collaboration, and to each service’s internal tools… An anonymous survey received useful information to make a database about its us and needs. Each service established a number of indicators to gather information about the card’s use, which allows to develop and further improve the services offered.

Thanks to databases updated in real time, it soon appeared that the most used service is bus transport, reaching 90% use, data that remains constant since the early days. Thanks to this service, the users benefits from reduced fees, or even free rides. The second service is made up of libraries and media libraries, where users have free access to books and Internet. The public bathrooms are the third most used service, again, free for those with a Citizen Card. All this information is available in open data to anyone who may be interested.

Age is another factor to take into account when it comes to the card’s use analysis. In this case, the 30-50 age group is the most represented with 36%, followed by the 51-70 group with 25%, and a 16% for the 13-29 year olds. These three groups make up more than 75% of the total cards issued, because they are at the ages where the services offered are most demanded.

CARD4ALL, is a partnership led by Gijón (ES), with Suceava (RO), Jurmala (LV), phase I partners, and Aveiro (PT), Sassari (IT), Clermont-Ferrand (FR) and Antwerp (BE) as partners for phase II. The network is committed to good practice and it shares its small and medium sized European cities’ identity’s characteristics.

For a growing European economy, the health and wealth of these small and medium sized cities and their connected hinterlands should be a priority. By participating in the Card4all project, cities will have the opportunity to develop their digital strategy, to increase citizen information transparency, to promote healthy habits, socialization and social inclusion and to facilitate the participation of citizens in relevant city life issues.

One of the main expected challenges is the process of adopting and adapting the Citizen Card good practice across the partnership cities. The starting point of the cities is different, as are the expectations for the project’s outcome. The transferability methods will be flexible and open to allow the identification and understanding of the challenges and transfer good practice.

Another challenge is to overcome the complexity of public organizational structures and to identify good practice transfer progress, every year, as well as the “ownership” of the city card - meaning the ones that will lead the process and that will engage other local stakeholders in the city card’s implementation.

The simple implementation of the Citizen Card is already an improvement when it comes to municipal services available, since it is a fast and efficient way of accessing a host of services. Regarding the expected benefits they are as follows:

Card4all intends to reach cities and regions beyond the borders of this first partnership and will implement an ambitious communication and distribution plan for phase 2 of the project. 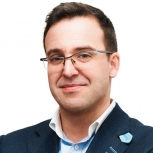 Submitted by Miguel Sousa on 09 October 2018