EU Urban Agenda: The challenge of “affordable housing” in Europe

In 2014 the Guardian published an article titled “Affordable housing does not mean what you think it means”. The article shows the limits of what can be considered “affordable housing” in London, where housing has become among the most worrisome and alarming issue of socio-economic inequality. The catchy and provoking title invites to reflect beyond the assumption that “affordable housing” means the same for all. What is affordable, under which criteria and for whom, which are the tricks and scams that can be hidden in catch-all policy terms?

Measured against context-sensitive indicators, affordability is usually calculated according to a ratio between household income and housing costs. Eurostat defined the housing cost overburden rate the percentage of the population living in households where the total housing costs ('net' of housing allowances) represent more than 40 % of disposable income (See EU statistics on income and living condition EU-SILC). This proportion is however very dependent on life cycles, employment, welfare support, escalating land prices, utilities, etc. (Paris, 2007).

The typology of affordable housing is also quite broad. The UK government defines affordable housing as “social rented, affordable rented and intermediate housing, provided to eligible households whose needs are not met by the market”. Across Europe the term of “affordable housing” is also stretched as much as the akin definition of social housing, the latter responding to several connotations in different member states, which involve a variety of landlords such as local governments, NGO’s, housing associations and/or private housing companies (Whitehead and Scanlon, 2007).

As a matter of fact, the range of flexibilities affiliated with the concept of affordability allows to include different housing tenures and different measurements of household costs. These can turn “affordable housing” accessible only to certain groups already better off than the average e.g. certain models of shared ownership, promoted as affordable, but eventually only for upper middle class, rather than people on modest income (read more here). If affordable housing simply means that adequate housing should be accessible and affordable to all, -and primarily to those at risk of becoming or already less well off- its meaning remains not universally shared in public policies all over Europe. In common housing policies have to respond to an alarming concern: a large share of European population especially low and lower income households, cannot access adequate housing. Housing costs, utility prices, and number of homeless people are rising from London to Bucharest, together with a growing shortage of social housing.

Statistics on (not) affordable housing in Europe

Extant analysis and research show that there is a fair amount of information on the state of housing in Europe (Scanlon, Fernández Arrigoitia and Whitehead 2015, Housing Europe 2015). However, the available statistics do not cover everything that would be useful to know about the lack of affordable housing and its consequences. Considering that the relation between income and the burden of housing costs is profoundly interlinked with poverties and material deprivation, and that poverty is growing in Europe (Europe 2020 indicators - poverty and social exclusion, EUROSTAT 2014), the data available for an international analysis at EU level on housing may bear inconsistencies and gaps (see Haffner, 2015 debating the limits of the pan-European dataset EU-SILC). 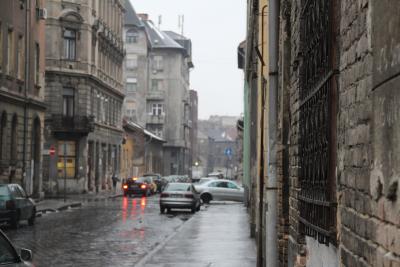 One of the most up-to-date source is the statistics on Affordability of housing by Eurostat from November 2015 reporting for 2014 that 11.4 % share of the EU-28 population lived in households that spent 40% or more of their “equivalised disposable income” on housing [1]. The EU-28 average masks significant differences between Member States (DATA EUROSTAT Nov. 2015).

In addition, there are new and old pressures in relation to the demographic changes and migrations trends that pushes toward new waves of reinvestments in many countries and in particular in large cities and metropolitan areas. What can Europe and European cities do?

The EU does not have an official mandate on housing and the provision of affordable and social housing is primarily a concern of national and local policies. However the Commission has an important role on housing through different means (Cziscke 2014), such as the regulation of competition policies related to the concept of “Services of General Economic Interest” (SGEI)[2] and controversial application of state aid rules in different contexts (Tasan-Kok, T., et al, 2013; Kadi and Musterd 2015), the regulatory provisions allowing to use European Regional Development Fund (ERDF) on energy efficiency improvement on housing for marginal groups, and more. 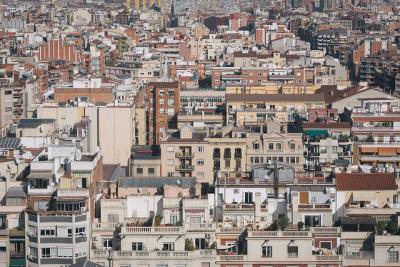 Moreover, among the main goals of Horizon 2020, is the fight against poverty through social inclusion, which cannot avoid tackling housing. Beside that, housing is a major issues shared beyond the walls of the EU institutions: citizens, non profit organisations, social movements, independent activist groups demand a fairer commitment of public institutions, denouncing national and European policies directly or indirectly supporting the unregulated and unbridled housing markets and their dramatic consequences on people’s life.

One opportunity to reinforce the debate on housing affordability within the EU Commission, has been offered by the frame of the EU Urban Agenda. Despite discussed for almost 20 years, the Urban Agenda is today a more explicit endeavour of the Commission (Geppert and Colini 2015).  Under the guidance of the Dutch Ministry during its EU presidency, 4 pilots partnerships including representatives from European, national and local authorities, international organisations and NGO’s have been established, covering 4 of the 11 themes currently selected as relevant for the EU Urban Agenda .[3] All pilots share the same task, namely to provide through an action plan concrete guidance in the topic covered. One of these topics is affordable housing, and some of the salient aspects under debate (not to be considered a shared outcome of the partnership at this stage) are:

The above mentioned points are only a handful of first hints of a problematic that needs to be further unpacked towards concrete proposals. The commitment of the partners is on a voluntarily basis, and all the partners are not confirmed.[6] Moreover, the pilot on affordable housing is at its first steps and due to the complexity of the theme, it is naturally interlinked with other pilots. Future steps are the participation of some members of the partnership to the Regional event of Habitat III  in Prague, a seminar on affordable housing organized by Eurocities in April and the Urban Agenda Pact of Amsterdam end of May. The work of the pilots is planned to go on for a period of 1 to 3 years, relating to a series of relevant EU urban policies and initiatives.

There is much too much to say, on housing and its affordability in Europe. One or two points should be remembered. First that the condition of housing in Europe is at dare moment, and there is a need and responsibility from public institutions to counteract the spiral of speculation of real estate and housing sector in (re-)producing the issues of social inequalities. Second, that the major causes producing the lack of affordable and decent housing do not happen by nature, and are not incontrovertible. Aside from the perilous debate about the different models for providing and financing affordable housing solutions, the reasons for this crisis lies in series of factors that need to be interlinked. They include inefficient public and planning policies, regulations on housing investments and legislative measures not protecting enough the rights of the most vulnerable groups, inappropriate taxation systems on ownerships, weakened national welfare mechanisms and the deregulation of the rental markets. In addition particularly  important is the role of international finance with capital intense investments reducing bricks and mortar into financial assets. This is a gambling mechanism that involves banks, agencies, private companies, and public authorities creatively mastering new strategies for speculation on the housing sector (Aalbers 2008). 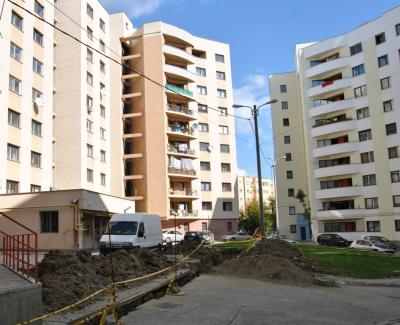 Europe can definitely do more on tackling these issues at macro and micro level, so can do cities. There are examples and experiments which can inspire other cities, as those participating in URBACT. They regard combined measures to control the staggering of house and land prices, imposing land value taxation, to promote rental regulation, to avoid wild privatization of large housing stocks, to prevent evictions while experimenting new forms of collective ownership (e.g. community land trust) et al. The State of Berlin introduced in 2015 a new national law called the mietpreisbremse or “rental price brake”, considered to be among the most innovative policy promoting rental regulation. The law has the purpose to hinder the staggering rental costs.  Berlin is the first German City enforcing the law, considering that Berlin has seen an unprecedented shrinkage of affordable rents in inner city areas with great differences between rents paid in old and new contracts. The law introduces a body that fixes a standard median rent per square meter for each city district, using figures based a biennial state census of rents. Landlords are barred from increasing rents by more than 10% above the local average. However, newly built properties and those that have undergone wholesale renovations are excluded from the rental cap. The law is also the results of intense citizens initiatives, and organisations campaigning for the recognition of housing rights in the city. It alone is not enough to solve the housing question, but can be seen as a step forward.

The Pilot on Affordable housing promises to look for better knowledge, funding and regulation for innovative and more adequate housing solutions, consulting potential new partners on specific areas of interest and reaching out actors who are not directly involved yet.  The Urban Agenda is an important commitment for cities and Member States in Europe, and its legitimacy will be also publicly tested in relation to the democratic process of drafting it. So far, in this as much as the other European Urban agenda pilots, there is a glaring lack of voices from independent non-profit organisations, social movements and academic sector, which can bring valuable experience and critical knowledge to be harnessed in this context. By its part, URBACT has pluriennial experience in dealing with housing through dedicated networks  of cities and research such as HOUS-es (Management and Renewal of Large Housing Areas), SUITE (Optimization of a sustainable, and affordable supply of housing assuring social cohesion through social mix), HOPUS (Housing Praxis for Urban Sustainability ), CASH (cities action for sustainable housing), ReBLOCK (REviving high-rise Blocks for cohesive and green neighborhoods) and other initiatives sucha s the workstream “ Against divided cities” which touched upon the topic of housing.

URBACT is strongly committed to contribute to the EU URBAN Agenda with knowledge, expertise on multistakehoder action planning and practices from cities involved in the programme.

This article is part of a series that URBACT will publish in relation to the topics that are being debated within the EU Urban Agenda process.

[1] Equivalised disposable income is the total income of a household, after tax and other deductions, that is available for spending or saving, divided by the number of household members converted into equalised adults. (EUROSTAT).

[2] Services of general economic interest (SGEI) are economic activities that public authorities identify as being of particular importance to citizens and that would not be supplied (or would be supplied under different conditions) if there were no public intervention. Examples are transport networks, postal services and social services. http://ec.europa.eu/competition/state_aid/overview/public_services_en.html

[3] URBACT is partner of three of the pilots on “Migrants and refugees”, “Urban poverty” and “Affordable housing”.