The URBACT Knowledge Hub brings together good practices from across the EU, with the latest urban trends, to fill the gaps and ensure the learning is widely accessible. Today, more European cities and social movements are calling on governments at all levels to take responsibility and reaffirm housing as a fundamental right rather than as a commodity. Cities are leading this movement and designing together effective solutions through concrete practices in order to implement the right to housing.

Over the past 1.5 years, Urban Innovative Actions (UIA) and URBACT have explored how cities can design housing policies and practical solutions to implement the right to housing. There have also been positive collaborations with other stakeholders including but not limited to, Housing Europe, FEANTSA, Fondation Abbé Pierre, EUROCITIES and the International Union of Tenants (IUT).

We have collected city experiences and concrete practices from various European cities at the municipal level already implementing the right to housing that others can take inspiration from and exchange between other stakeholders, all gathered in one web platform.

Most recently URBACT has also contributed with the Urban Agenda for the EU  - Culture and Cultural Heritage Partnership, notably on the first action: regulating short-term rentals. The findings from this work are available on the policy paper Towards a Sustainable Transition in Urban Tourism (here). 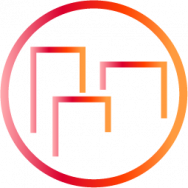 The ‘Cities engaging in the right to housing’ initiative was successful in achieving a large and diverse outreach of the audience for each event, web conference and output delivered. The initial list of contacts interested in the topic of housing rose from 200+ people to more than 1500 towards the end of the activity at the final event. For the web conferences, there were more than 1200 attendees from 38 different countries. Most of the participants were city authorities, institutional organisations, NGOs and academics. They ranged from city policy officers, administrators, elected representatives to members of staff from UN Habitat, Housing Europe, FEANTSA, social housing agencies and the European Commission. What is even more positively striking is that the majority of the participants had not previously been involved in URBACT or UIA. Overall, the majority, around 92% of the respondents, found the web conferences to be very useful.