URBACT cities and experts investigate how to unlock the potential of public procurement to drive gender equality.

How can city authorities make gender equality a fundamental, integral part of public procurement? Is it possible to combat gender-based inequalities through procurement processes? These key questions are the focus of a new conversation launched at the June 2021 URBACT City Festival, connecting URBACT’s work on Gender Equality and Public Procurement.

The festival session ‘Unlocking the potential of public procurement to drive gender equality’, built on knowledge from the URBACT procurement networks Procure and Making Spend Matter, as well as URBACT’s online training course on Strategic Procurement – and the Gender Equal Cities initiative.

URBACT city and network representatives showed how cities can financially embed their commitments to equality. Or as Kate Raworth put it in the keynote on Donut Economics at the same event: how can cities “buy with their values”?

What is Gender-Responsive Public Procurement?

Accounting for a trading volume of EUR 2 448 billion (about 16% of the 2017 EU GDP), European public procurement is a major driver for economic growth, job creation, and innovation. Although procurement is an essential vehicle for delivery of policy, strategic procurement remains low, with over half of contracts in the EU still awarded on the basis of lowest price.

Gender-responsive public procurement (GRPP) is a form of gender mainstreaming that aims to contribute to a more gender-equal distribution of economic resources. An important lever to use public funds in order to achieve public policy goals related to gender equality. For example, authorities can consider social aspects such as fair pay, number of women hired, or promotion of work-life balance when selecting public contractors. But how do we get there at local level? What did the experts say at the URBACT City Festival?

Embedding equality into public procurement strategies then operationalising them takes time. José Costero is Head of Strategy, at Pamplona City Council (ES), a city with a legacy of 25 years of working on equality. Pamplona joined the URBACT Making Spend Matter network to learn and improve specifically on social procurement. The authority has developed a guide for staff on socially responsible procurement, with suggestions on how to include equality considerations, which has been recognised as a good practice by the European Commission.

Local actions to make it happen include a training plan, gender impact studies undertaken for all new policies, collection of gender disaggregated data, and integration of gender into grants and budgets. Pamplona has an annual monitoring system and is designing an evaluation tool to see how public procurement impacts on citizen wellbeing, efficient management and gender equality.

As with all sustainable urban development there is a need for integration across municipal departments, and especially bringing together gender strategists with procurement expertise. Equality perspectives have to be knitted into all processes. Magnus Jacobson, Communications Strategist at the Swedish Association of Local Authorities and Regions, emphasised that procurement professionals are taught to think about price and quality, not so much about social, economic, environmental considerations and equality. He said: “procurement is a quite technical legal process and procurement professionals don't necessarily have a clue about gender equality or understand why it has a relevance to their work.”

Partnership between teams helps to reduce these barriers. It also helps to improve awareness of existing gender inequality, and of the key role buying teams can have in addressing it.

Local authorities are governed by elected officials who adopt guidelines, policies and plans. It therefore follows we need clear political demand and follow-up to make sure gender equality is considered a priority and mainstreamed across policy areas. Cities need public servants who are committed to equality and politicians who ask: “Did we reach the goals we set?”.

According to José Costero, many local authorities in Spain are reluctant to innovate, or change procedures. He said: “it takes a lot of time to change that mentality, to increase the knowledge and capacity of technical staff.” Magnus Jacobson noted this reluctance can be exacerbated by an exaggerated cautiousness related to EU, national and local legal frameworks, and a lack of understanding of what is to be gained from applying a gender perspective. In Pamplona one solution has been to provide back-up with legal texts to reduce perceptions of risk.

Valentina Caimi, Head of the Employment, Entrepreneurship and Inclusion Unit at the European Association for Information on Local Development, AEIDL, and author of the Buying Social report, flagged ongoing European Institute for Gender Equality research which has also identified that the institutional frameworks at national level for Gender-Responsive Public Procurement can be weak.

Magnus Jacobson proposed rephrasing the URBACT session’s central question, and indeed the broader debate, saying: “it’s not about whether it is possible to combat gender-based inequalities through procurement processes. But rather how do we make sure that public expenditure meets the needs, interests and priorities of women and men alike?” 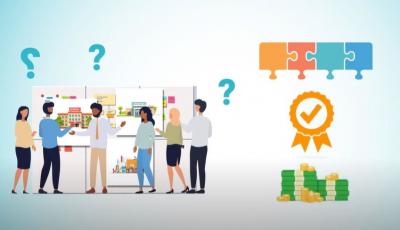 “How do we ensure that our infrastructure, such parks or elder care services suit both women and men’s priorities? It’s an issue of equality and quality. To get a bigger bang for our buck, we should be making sure that what we buy is the best for all our citizens,” he added.

Re-framing the question then can become part of the solution: responsible public procurement can be used to tackle a range of inequalities. It’s about the needs of all, not just women’s rights. Strategically and practically, in order to address inequality and level out conditions, men also need to be on board, and this perspective can have wider appeal.

Valentina Caimi agreed. “Maybe more people will fall in love more with gender equality if they stop thinking it’s just women’s issues. It’s fundamentally about promoting more balanced societies and opportunities and responsibilities between women and men. We should all frame our thinking about spending public money in that way."

Valentina Caimi sees a growing recognition of the potential of public procurement to tackle gender inequalities, an “unstoppable process”. Although improvements made in green procurement are the most advanced, a lot of work has been done in European Structural Investment Funds to mainstream gender issues. More initiatives are underway on gender equality, with new tools being created such as the upcoming European Institute for Gender Equality Toolkit. Policymakers can overcome lack of awareness and fear of legal challenges by boosting confidence in the possibilities of Gender-Responsive Public Procurement and highlighting its potential to make cities better for all.

For the past few years URBACT has been at the forefront of supporting cities in using public procurement as a strategic tool. And the success of the URBACT online course on Strategic Procurement, launched earlier this year, confirmed that there is a growing community eager to learn from each other. The next step? A new course module showing how to factor in gender into public spending decisions – with more events happening alongside!

This article is part of a series exploring the latest challenges in sustainable urban development, drawing on discussions with cities and experts at the 2021 URBACT City Festival. Topics range from innovative ways to help disadvantaged neighbourhoods, and solutions for managing urban commons, to how cities are tackling climate change, and building sustainable food policies. View recordings of Festival highlights.