The KAIRÓS partners gathered in the Southern Spanish region of Murcia from 27 - 28 April 2022 to exchange on the achievements of the project as well as the lessons learned along the way. The international meeting also offered the partners the opportunity to refine their final outputs and to discuss the next steps on the road ahead.

The event started off with a one-day conference hosted by the lead partner city of Mula which combined different formats and types of activities – keynote speeches, presentations, an exhibition, parallel workshops, a panel discussion and a site visit to the historic Barrios Altos, which are at the main focus of Mula’s Local URBACT group. Further, each partner city had prepared a short video on the results of their small-scale actions and Integrated Action Plans.

José Velez, Delegate of the Spanish Government in the Region of Murcia, cited the latest Eurobarometer survey on the role of culture in creating a community feeling among European citizens. In this sense, the protection of cultural heritage also contributes to the creation of a European identity. 71% of the surveyed people confirmed that living close to European cultural heritage cities improves quality of life considerably.

Céline Ethuin, Head of Projects and Finance of the URBACT Secretariat presented the new URBACT programme of for period 2021 – 2027 which is an “evolution not a revolution” of the previous programme, financing mainly knowledge sharing, capacity-building and networking among European cities. A first call is foreseen for October 2022.

In his keynote speech, Luca Lanzoni, URBACT expert and researcher at the School of Architecture of the Polytechnic University of Cartagena, shared the concept of the “circular city” which should replace the “linear city” by taking into consideration elements such as high-value recycling, smart design or a circular construction chain among others, all in line with a more sustainable urban regeneration approach.

KAIRÓS Lead Expert Miguel Rivas summarised the “KAIRÓS journey” of these past two and a half years, which included many exchanges and learning experiences, both online or onsite. He reminded the audience of the fact that “an integrated approach is needed more than ever to tackle the multi-faceted nature of heritage valorisation, within the complexity of today´s urban space. The best preservation policy is the one that reconnects heritage to the contemporary, in terms of use and function” and thus also builds the future.

After the coffee break, the KAIRÓS partners convened for three parallel working sessions facilitated by the partner cities (Ukmergé, Cesena and Sibenik) after which they returned to the plenary for final conclusions moderated by Alex Iliev, local expert from the Belene team. 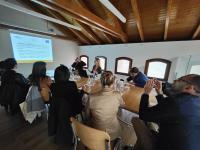 In the afternoon, several elected representatives from Murcia and KAIRÓS partner cities, including Noelia Arroyo, Mayor of Cartagena; Diego José Mateos, Mayor of Lorca;  Jerónimo Moya, Mayor of Cehegín; Giorgos Sisamakis, Deputy Mayor of Heraklion as well as Matteo Montanari, Head of the Mayor’s Cabinet of Cesena, discussed their perspective on cultural heritage, moderated by Marcos Ros, member of the European Parliament. The latter reported back on the main outcomes of the event in the latest edition of the TV show “Europa a un paso” on the regional channel TV Murcia where he is featured regularly.

At the end of this first day the Mayor of Mula, Juan Jesús Moreno officially announced one major outcome of the project so far: the eight officially declared historic heritage cities of the region of Murcia are going to set up a network which will permit them to exchange good practices, to work closer together on the regeneration of their cultural heritage and enhance funding options. 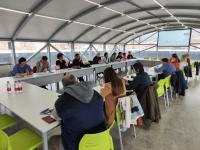 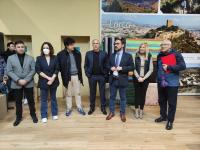 On the second day, the KAIRÓS partners visited the city of Lorca, one of the members of the future network, which has characteristics similar to several KAIRÓS partner cities. After being struck by an earthquake in 2011 during which more than 95 buildings several of which with heritage status had been destroyed, they rebuilt many damaged parts of the city. However, there are still many challenges as to social cohesion and the level of attractiveness of the city for both its inhabitants and tourists.

During the programmed afternoon workshop, a session on the findings of the visit was moderated by Costas Karberis of the Heraklion team with the input of Libertad Troitiño, professor in geography and member of the Research Group on Tourism, Heritage and Development at the Complutense University In Madrid. The afternoon closed with an online presentation by Alma Zamarbide of the UNESCO World Heritage Programme.

And finally, on the third day, the partners were given the opportunity to discover the rich cultural heritage of the city of Murcia, capital of the region in an optional two-hour guided tour.

The international meeting and site visits were a very enriching experience for all partners with new inspirations for their own local contexts.

These days of exchanges, networking and learning were another milestone in the KAIRÓS journey. And definitely not the end of it, but another stop on the way….

Here are the links to the recordings of the first day:

Outcomes of the working groups

Round table with elected representatives

Final official address by the Mayor of Mula 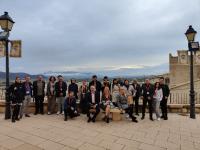