Since the end of 2018, Manresa is working on its local 2030 Agenda: an integrated sustainability strategy to respond to the environmental, social, and economic challenges of the current decade. A strategy whose design, implementation and monitoring must be shared with all the local stakeholders and citizens.

Thus, our four action pillars to achieve the SDGs and the Manresa 2030 Agenda are much related with meaningful participation of our municipal staff, our stakeholders -at local, national, and international level, and our citizens:

1) Training and capacity building of our municipal staff, both addressed to technical staff and elected officials, about the SDGs and about new ways of designing and delivering cross-cutting public policies through co-governance. 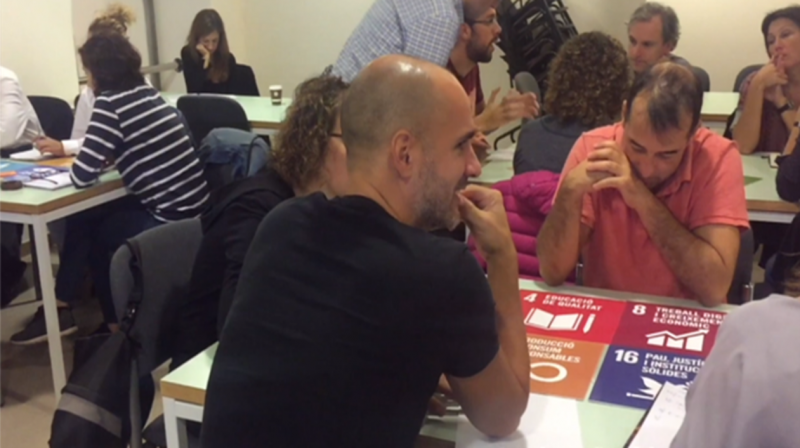 In November 2020 a city survey showed that almost 80% of Manresa’s citizens knew practically nothing about the SDGs. We acknowledged that a meaningful participation would require a previous awareness-raising effort.

Campaigns addressed to children and young people were prioritised, such as an online/offline workshop which has allowed us to explain the SDGs to 14 primary and secondary schools through. We also have a traveling exhibition, structured around 17 local SDG targets that refer to young people’s issues, such as improving sexual education, raising youth employment rates and increasing women leadership in the city. The exhibition has passed through university centres, libraries, sport centres, and secondary schools.

We’ve also started the ACTUA campaign, with a double aim of promoting sustainable personal habits and organising a collective action for the sustainability. Some examples are decorating a street with Christmas lights from recycled materials and using clean energy, teaching children to go to school by bike together in a safe way (Bikebus), making vegan cooking classes from leftover domestic food, including a closure public meal, and painting a city wall to express the idea of sustainability in an artistic way.

3) Participatory process to establish, implement and evaluate the Agenda Manresa 2030

We have collected and prioritised SDGs, targets and future projects through several means:

When addressing the citizens, it’s important to avoid the SDG jargon and to use a language that everyone understands. That’s why we recruited pollsters that could speak Catalan, Spanish and Arabian. 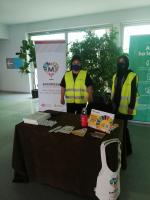 It’s also important to move across the city if you want to reach all kinds of people, especially those who normally don’t participate. We went to schools and universities, but also to hospitals, unemployment centres, supermarkets, the main mosque, to outlying neighbourhoods, etc.  Our motto is “to leave no one behind, from the beginning of the process to the end”.

With the ULG, we are now working on a future vision of a sustainable Manresa. We do it through plenary sessions and smaller working sessions where the group visits inspiring experiences and discuss local actions in order to reach the SDG targets related to Planet, People, and Prosperity. Next year we’ll set indicators for each action, approve our local 2030 Agenda and start the joint implementation of the actions. 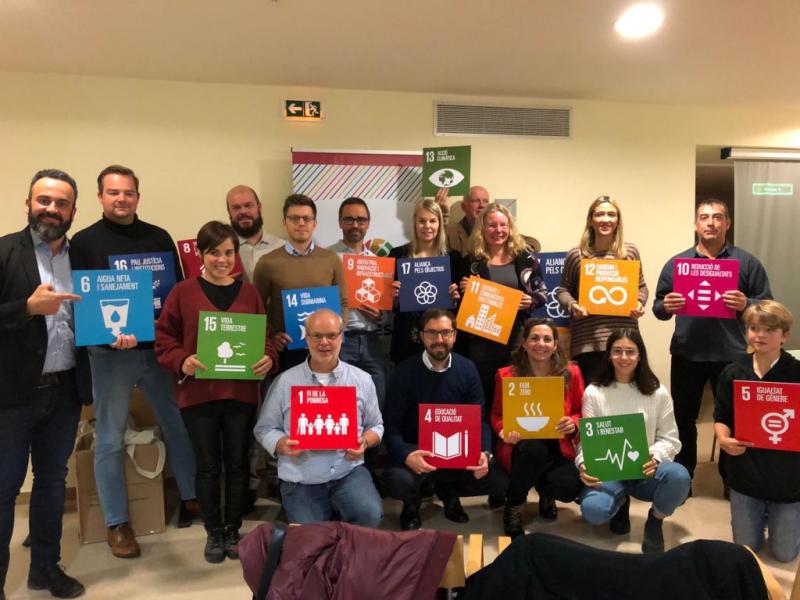 All this was explained during the fourth transnational meeting of the URBACT Global Goals for Cities network, virtually co-hosted by Glasgow, Ozalj and Manresa in November 24-26th.