PARTICIPATIVE DEMOCRACY A REAL BENEFIT FOR THE MUNICIPALITY

Bertrand Girardi is Delegate Municipal Councilor in charge of the city of Agen’s Participative Democracy and in particular of the URBACT Program and European projects of citizen participation. Fascinated by politics from an early age, he describes his experience of participative democracy through the Urbact program.

The Urbact program was integrated in the middle of the 2 mandates. 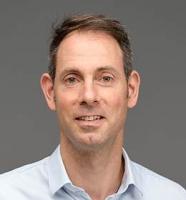 What is your role within Urbact?

Likewise, I support the Local Action Group of the Urbact program so that it can carry out its mission in the best conditions.

How did you unite the various stakeholders of the city of Agen around the Urbact Active Citizens program? 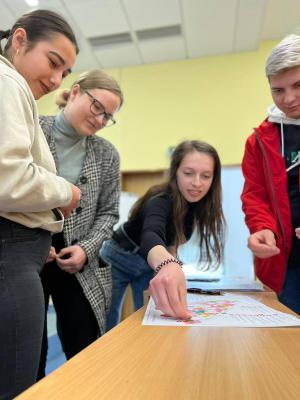 First of all, the Urbact program was carried out in several phases: a diagnosis carried out between September 2019 and January 2020, a submission of projects drawn up between January and June 2020, and the implementation of projects integrating the experiments of June 2020 to June 2022.

It is on the basis of these thoughts that the Urbact Local Action Group (GLU) was created in order to study the participative democracy mechanisms applicable at a local level and to manage their implementation through experiments.

The creation of this group was ultimately the unifying element at the local level.

To set it up, we called on civic associations such as the Junior Economic Chamber, but also on presidents or elected representatives of the neighborhood as well as on open applications.

Initially, we united the group around the concept of participative democracy. 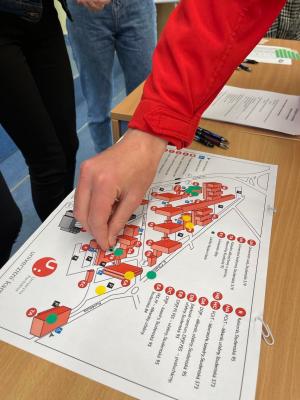 Then, we gave them innovative and fun tools and approaches to bring their ideas to life. For example, for the consultation related to the renovation of Square Chopin, we used cards, Playmobiles and colored pencils to formalize, through objects or color codes, the ideas of citizens. We also experimented with the use of the video booth to collect citizens' ideas on the renovation of Place Fallière. It was a real success since we were able to collect more than 80 videos with quality reviews. All this material represents a precious resource for the realization of the final project.

likewise, projects related to citizen consultation experiments have been integrated into the town hall's budget, which has strengthened the motivation and involvement of stakeholders.

On an agent level, we have set up training and open speaking days with our Lead Expert Christophe Gouache. These exchanges made it possible to involve them in this process. As an extension of our action, we are going to organize, in the next few weeks, training sessions with the Heads of Department to continue to raise their awareness and value the contribution of this type of citizen consultation in their profession.

As far as the citizens are concerned, each action has been very well received. The citizens got involved, they came around, they took time for it... We realized that they needed to be heard and taken into account.

Which actions have been implemented to put the citizen back at the heart of the city? 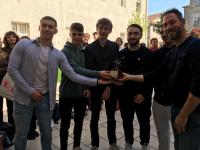 To be in tune with the participative democracy approach, I am committed to leaving a free hand to the Local Urbact Group in Agen and it is paying off! Indeed, we had some very good ideas and a dozen of experiments that have emerged at a local level. Among the most significant: the population survey on Voluntary Contribution Points concerning waste management, a citizen consultation on the renovation of Square Chopin, a collection of opinions from pupils and their parents in order to review the development of their schoolyard... What is interesting is that, through this, we collect a whole subject to which we did not have access before.

Why is it so important to put the citizen back at the heart of city decisions?

At a national level, the subject of citizen consultation is increasingly mentioned without making any real approach in this direction. This point was actually highlighted during the last presidential nomination. And it seems to me that the municipality is the ideal level for participative democracy.

In fact, if there is a real political will, the municipalities have the human and financial resources available to support this kind of approach. This allows the local level to make the citizen re-join to political decisions with concrete actions that affect their daily lives.

Why did you register for the European Urbact program?

How has the city adapted the system compared to the mandate’s draft?

Since 2008, the mayor of Agen has formalized all his campaigns with a numbered program which includes 103 commitments. Participative democracy is already part of the program for which we were elected in 2020. Our role has therefore been to integrate actions into the objectives of the mandate.

How are you going to keep this program alive after its completion?

The last part of Urbact is the design of the Integrated Action Plan (PAI) that we are in the process of putting together. It is a summary of the feedback on the various experiments that have been carried out in the 7 member countries. It will allow us to select the actions to be implemented in the budget lines of the city in the medium term. Similarly, we found that having a think tank, outside the framework of the town hall, made it possible to set up innovative and efficient experiments at a lower cost. This is an approach that should be continued at national and/or European level, by keeping an entity dedicated to participative democracy and by sharing the benefits of our work with other cities. This is what we are trying to do, in particular through the European Council. Indeed, on June 23 and 24, we will present the work carried out for Urbact to the European Parliament.