Where are we coming from? The city profile.

Reggio Emilia is renowned in educational circles, with the philosophy known as the “Reggio Emilia Approach”; for pre-school and primary school children developed in the city shortly after World War II. At the same time, contemporary art, ancient monuments, and exhibitions such as Fotografia Europea have made the city rich in culture and social change —supported by the business community, services and the university. The city is connected by high-speed train to Milan, Bologna and Florence, and is within 45 minutes’ reach to all those cities. Reggio is the city of relations with Africa, the city of cycle paths and of Parmigiano Reggiano.

Where are we now? The policy framework for the SDGs in 2021.

The Municipality of Reggio Emilia has included the SDGs in the Single Policy Document (DUP). The Document provides the general framework of all the policies, indicators, and strategic projects of the institution. The 6 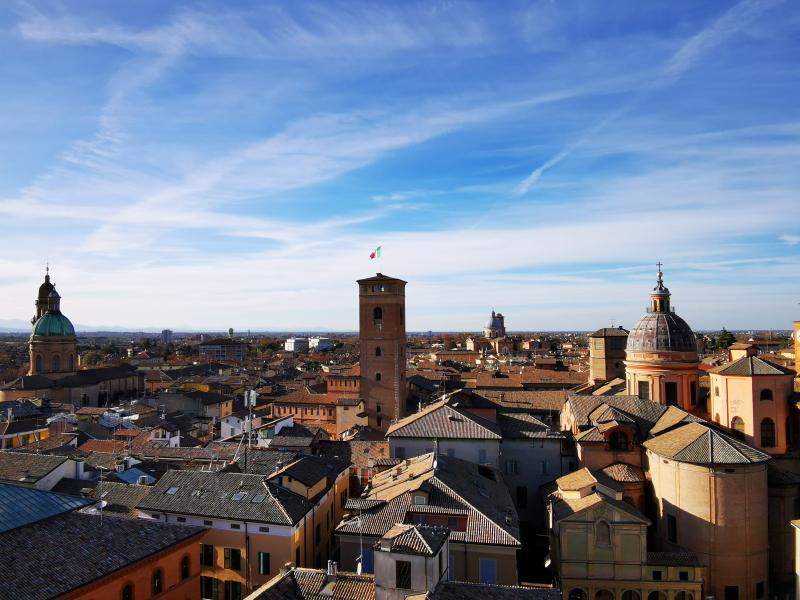 strategic guidelines defined by the Mayor through the mandate lines are divided into 23 objectives, 48 actions and over 200 indicators.

The Municipality of Reggio Emilia has selected a “guide” indicator with a specific target for each goal of the 2030 Agenda. These guiding indicators have been selected from official sources (Asvis and Istat). At the local level, the impact indicators of each objective of the DUP were taken (identified and monitored by the individual services) and were associated with the “guide” indicator of Agenda 2030. Each indicator present in the DUP can in fact contribute to the achievement of a specific goal of Agenda 2030. Together with the political perspective on SDGs, Reggio Emilia worked to raise awareness on the Agenda 2030 through events, projects, and campaigns at local level.

Where are we going? Reggio Emilia in 2031

In the years 2021 and 2022, thanks to a participatory process that involved various internal services of the Municipality and some local stakeholders belonging to the Urban Local Group, the city of Reggio Emilia was able to face its own challenges and to create a Local Integrated Action Plan for the localization of sustainable development goals. In the ten years that followed, the city of Reggio Emilia seriously took its role as a key player and protagonist of the sustainability challenge during the well-known “decade of action”.

Today, in 2031, we can proudly say that our city, together with our citizens, has won the challenge for sustainability!

But let's take a step back and retrace together what were the fundamental turning points that allowed our city to reach in a short time so many important milestones within each of the dimensions of sustainable development.

Chapter 1 -The city of ten minutes

Now that all the services of the city could be reached in10 minutes and everyone is going to work at school with bikes, buses and electric cars, everything has become easier and the center has become the red carpet of the city. The reduction of 60% of cars, the awareness campaigns for the purchase of electric bikes have changed the face of the city. Incentives for those who reach their workplace or school by bicycle have drastically reduced traffic and now, the main road: Via Emilia, is a place where children are back to play. With the city of 10 minutes, citizens feel the need to move less, neighborhood services have intensified, and school services have become more usable. The new surface metro will be inaugurated on Wednesday 27 May 2031. The city center is also easily accessible for those who live in the suburbs. It has finally become an established way to rent electric cars. The new design of public transport was more attractive for passengers and the idea of establishing 4 strategic points where you can access sustainable public transport (bicycles, scooters, shuttle buses) was truly brilliant!

Via Turri like Rotterdam. The experience of Via Turri, located in one of the historically most critical districts of the city, is an example of a living context that has been able to combine living spaces with community spaces. How was this possible? The formula worked: purchase housing + incentives / provision of skills and time. Citizens have chosen to contribute to neighborhood life by making their skills available collectively. The synergy between young and old has improved volunteering. Citizens feel much more involved in social life.

It must be said that since the citizenship reform became law in the city people live much better, people feel at home and this has contributed to increasing everyone's civic sense and responsibility.

The 2030/2031 school year started with an experiment: Arabic and Chinese are taught in schools. One hour a week middle school kids will be able to choose one of these two languages! Our community schools have 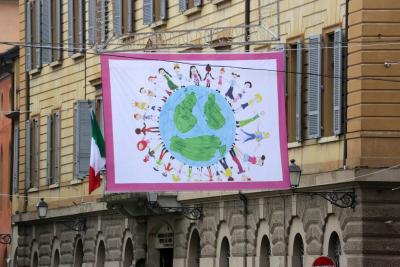 become as famous as our 0-6 system, but quality education characterizes all cycles, from daycare to college. Architectural and linguistic barriers have been removed, gender discrimination has been reduced.

Chapter 5 -Winning the challenge with digital

Reggio Emilia beats Tokyo as the most technological city in the world. The way you access services has changed. The services have been distributed throughout the territory in a much more functional way. The network of services distributed in a widespread manner and not only at the counter, has brought citizens much closer to the operators who are now called "cultural operators". Finally, the reduction of bureaucracy has made the services more effective and efficient.

Chapter 6 -Defeating poverty, in Reggio it is possible

Today the newspaper “Gazzetta di Reggio” published the first column entitled “Once upon a time there was poverty” where citizens tell their testimony of how they managed to overcome economic difficulties and job insecurity. The Silk Faw project, which, using the cooperative model and the dynamism of artisan businesses, has managed to create new job opportunities, and has given a great boost to the fight against poverty.

After Bologna, Florence, Genoa and Matera, Reggio Emilia is the fifth Italian city awarded with the prestigious title of "European City of Culture".

Urban furniture policies are visible to all: green is widespread in all parts of the city; it entered the squares, the historic center, the neighborhoods, the condominiums, the houses. Environmental policies have become consolidated practices of sustainability also in the internal services of the Municipality where ecological culture has become predominant (plastic free), and in the offices that are increasingly green (even in the furnishings!). Energy saving is a dream come true.

Chapter 9 -The primacy of our city for the quality of life is still undefeated.

Urban areas have become places of sociality. The city has been able to adapt by dealing with the summer heatwaves; it has achieved a record not only for the most beautiful nursery schools in the world, but also for the quality of the University which has made record occupancy rates soaring. Women have more time to reconcile life and work: Reggio Emilia is the first city in Italy for having experienced 35 working hours a week. Many innovative start-ups were born and in the area of the “Ex-reggiane” all the renovations were completed. Today it is an international research center.