Cities implementing the right to housing

The EU Cities Forum 2020, held in Porto, provided the perfect time and location to launch a new URBACT and UIA (Urban Innovative Actions) joint initiative on implementing the right to housing across urban areas in Europe.

A visit to Porto as little as 15 years ago would show a fascinating city centre with little shops, abandoned buildings and facades eaten up by time. Today, this UNESCO world heritage site shows much of the attractiveness of urban renewal done well: refurbished apartments, new facades and well preserved narrow streets every tourist would be eager to explore. The flourishing urban centre hasn’t gone unnoticed: the Guardian newspaper recently named Porto in its 10 cities with the coolest neighbourhoods in Europe.

However, such developments have also created many challenges and come at a cost. The city is blossoming, but the rental sector is booming too: from 2013 to 2018, rents went up by as much as 88%. This is not without consequence on the lives of the city’s inhabitants: according to official data, 1348 evictions were carried out in the same five-year period.

Like Porto, many EU cities are struggling to keep the balance between competing tensions, such as between the economic thirst for tourism and increased mobility, and between the need for renewal of historic urban centres and the demand of citizens to access adequate and affordable housing. As cities successfully regenerate, they risk becoming the next frontier for residential real estate investments.

A joint housing initiative, launched at the Cities Forum 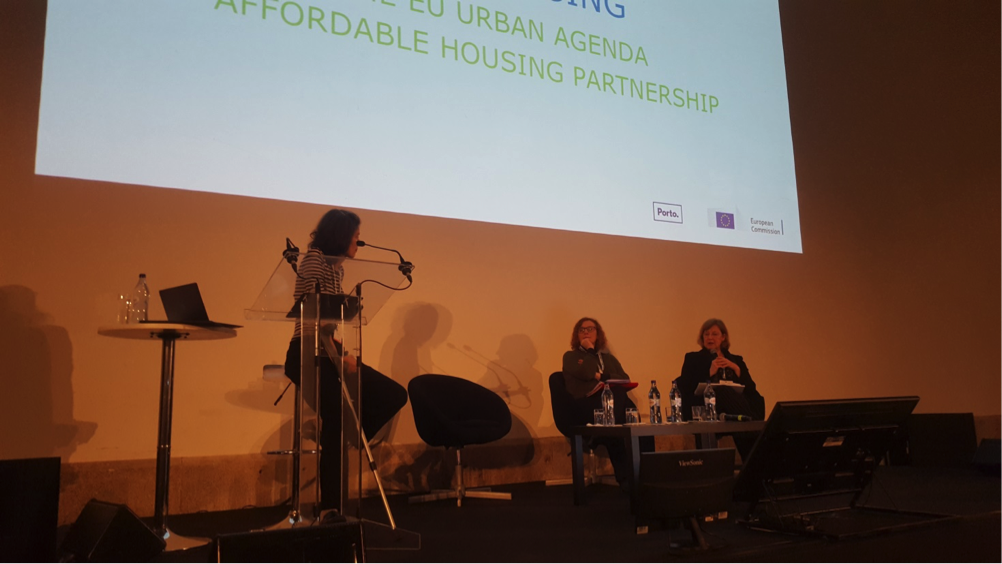 URBACT and UIA timely launched their new initiative on the right to housing during the Cities Forum in Porto (30-31 January 2020). Housing affordability was a recurring theme throughout the sessions of the Forum. From the Mayor’s debate to UIA and URBACT joint session on the right to housing, a sense of urgency emerged from the discussions.

Throughout 2020, URBACT and UIA’s initiative will provide a platform for city administrations, civil society, research and practitioners to debate and exchange around key topics, strategies and practices for implementing the right to housing in cities.

Participants at the launch event heard about a number of inspiring practices already in place across Europe (see examples below) as well as from other actors who will be valuable contributors to the joint initiative over the year to come, including the EU Urban Agenda partnership on housing, Housing Europe and the European Investment Bank.

The well-attended launch event generated lots of interest in how cities can act at local level to ensure that everyone – especially the most disadvantaged – can have access to safe, adequate and affordable housing. Presentations and the discussions that followed helped to reconfirm some of the core issues that the joint initiative will need to explore in more detail, in particular:

While the public provision of low income, adequate and affordable housing is still to be pursued, people have been experimenting with ‘alternative’ housing models such as limited equity cooperatives, community land trust (CLT) and co-housing.

Brussels can serve as an inspiration in this respect with the Care and Living in Community (CALICO) project supported by UIA. This involves the creation of a community land trust among inhabitants and using public funds from local and EU levels to support citizen initiatives in the provision of socially mixed, low-income housing.

There is a need to experiment with new affordable housing solutions in social and private housing specifically for homeless people and others locked out of the existing housing market. The new URBACT Action Planning Network ROOF, led by the city of Ghent, will be exploring just such ideas. It has the ambition to support city authorities to eradicate structural homelessness - making the shift from ‘managing homelessness’ through different services towards efficient implementation of the ‘housing first’ model.

Aother interesting practice includes the city of Athens’ Curing the Limbo project (supported by UIA), which empowers recipients of asylum to transition towards long-term housing, taking on the role of intermediary between renters and landlords.

A healthy housing market that meets the needs of ordinary people needs to address excessive speculation that unfairly distorts local housing markets to the exclusion of many groups in society. The City of Barcelona which developed an anti-eviction service (recognised as URBACT approved good practice in 2017) introduced a forward-looking Right to Housing Plan 2016-2025, through which it pursues place-based anti-speculation housing policies, including selective acquisition of privately owned housing units and mobilisation of vacant housing into the affordable rental market with the collaboration of non-for-profit entities.

Get involved in the right to housing!

Participants at the Cities Forum confirmed the urgency of implementing the right to housing, with land seen as the ‘turnkey’ of housing projects. More engagement from cities was called for to leverage and address land as a public good, encouraging community control and measures to regulate residential land price inflation. Effective engagement of the private sector was also seen as crucial, but challenging for many local authorities. 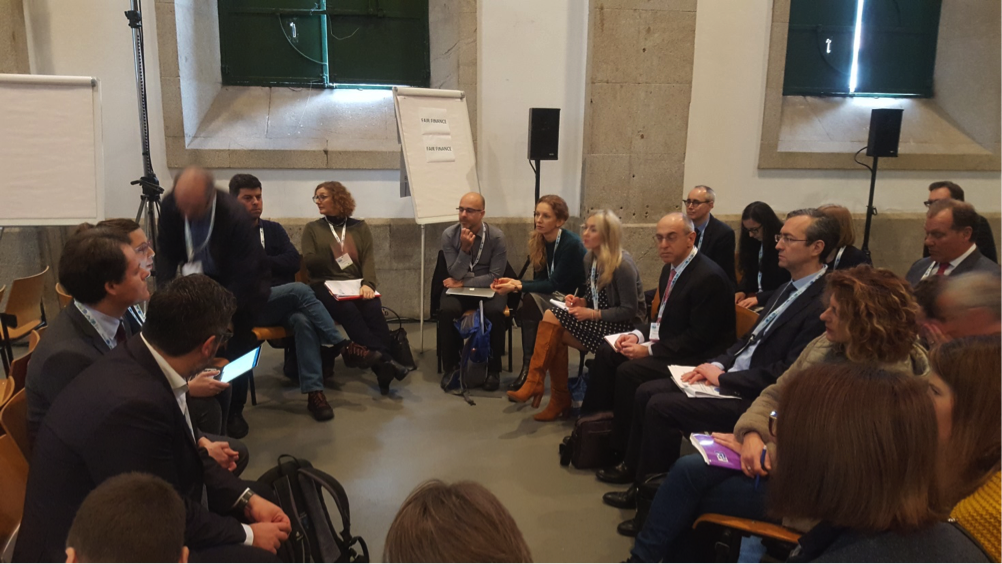 However, it is also clear that cities cannot be expected to deal with these challenges by themselves. Housing exclusion is a systemic issue that requires not only local solutions, but also a national enabling environment. Cross-sectoral and multi-level solutions will be essential, since there are clear links with land-use, welfare and other policies designed and implemented at different levels.

At European level, participants called for effective implementation of the Urban Agenda for the EU’s Housing Partnership Action Plan as well as specific additional investment into the EU Pillar on Social Rights. They also highlighted the emerging European Green Deal as a potential opportunity for moving forward with an effective cross-sectoral response to the topic of housing across the EU. It was clearly argued that we need commitment, strong wording and adequate funding from the top.

This kicks off a one year learning activity. Want to get involved? Click here to find out more on UIA and URBACT’s action.

Submitted by Laura Colini on 25 February 2020