Home » Integrated Urban Development » Can Europe be sustainable by 2030? Only if cities lead the way

Can Europe be sustainable by 2030? Only if cities lead the way

Juncker Commission’s recent report on sustainability fell short in addressing the climate emergency. Cities must co-ordinate to create a better future for its citizens.

This January the European Commission published a long-awaited reflection paper, outlining the EU’s strategy for tackling two of the greatest threats of our time: poverty and climate change. Three years in the making, this document confirms the union’s commitment to building a sustainable economy by 2030. Appealing to the UN’s 17 sustainable development goals (SDGs), the report identifies several areas in which to invest. Circular economy, digitalisation and green mobility, are all singled out as particular priorities that should be integrated into a broader ‘global crisis plan.’ As the paper makes clear, such a plan is not only about preventing catastrophe, but improving quality of life for all living beings.

The adherence to such a framework is certainly a positive development. As the urgency of tackling environmental devastation becomes ever more apparent, though, with new studies revealing the scale of destruction to biodiversity, many have criticised the commission for not going far enough. From school strikes, to the extinction rebellion protests, to proposals for a green new deal, citizens across the world are demanding a roadmap for change based on concrete measures. Sadly, the report offers few of these. As Patrizia Heidegger, Director of Global Policies and Sustainability at the European Environmental Bureau (EEB), recently put it:

“The time for reflection was in 2015, when the EU and its Member States signed up to the SDGs. Now is the time for ambitious commitments […] the EU has one of the world’s worst environmental footprint per capita, with our unsustainable lifestyles based on resource and labour exploitation in other parts of the world. The economy of the future needs to take into account the environmental and social impact beyond our borders rather than living in the illusion of a low-carbon, resource efficient Europe that exports resource-intensive production to other parts of the world.”

There are other concerns closer to home. While the paper reiterates that SDGs will serve as a compass for future strategy, a more detailed inspection reveals that it will in fact be largely at the discretion of member states as to how to implement them. There will be “no enforcing” of national governments, says the report, adding that, on the contrary, the latter will have “more freedom” to decide “whether and how they adjust their work” based on the plan. Given the tendency of governments to bypass EU laws – let alone non-binding targets – there is little to suggest the measures outlined here will be sufficient to face challenge ahead.

What does this mean for urban practitioners?

As national and transnational institutions jostle over their respective responsibilities, cities will play a vital role in the eventual success or failure of the paper’s target. By 2050, 80% of Europeans will be living in urban areas. This fact alone demonstrates how significantly the capacity of cities to adapt and innovate will determine global trends. Arguably the multi-stakeholder platform response to the reflection paper emphasises this more than the commission’s own document. While transnational institutions have a vital role in shaping strategy, it states, cities alone have the appropriate democratic structures to enable change is implemented in an effective manner. By “carefully building ownership among inhabitants” and “taking into account territorial specificities, cultural patterns and expectations,” urban actors can, they conclude, serve as vanguards for change.

The overall picture, though, is far from rosy. In fact, one of the most worrying takeaways from the reflection paper is the relative unpreparedness of cities to face the challenges to come. The numbers are stark. As the associated research makes clear, only 26% of EU cities and 40% of large cities (those of over 150 000 inhabitants) have adaption plans for the future based on sustainable models. Without a huge change here, any attempt to implement larger targets at a transnational level seem doomed to fail. One might reasonably have expected a robust set of guidelines from the commission here, outlining how to avoid such a disaster. Once again, though, the advice is rather muted. While the reflection paper does direct urban practitioners to existing initiatives, like the Covenant of Mayors: for climate and energy, the European Sustainability Award and Urban Agenda for the EU, it falls short of providing more structured policy recommendations. Given the scale of the emergency we face, the absence of any systemic protocol is, without doubt, a disappointment.

What is to be done?

Over the past few months, Greta Thunberg has dominated headlines with her frank and uncompromising call for action over the climate emergency. Her message, “our house is burning” is a reminder that none of us can stand still. As she put it in a recent speech, “We must change almost everything in our current societies […] the bigger your carbon footprint is, the bigger your moral duty. The bigger your platform, the bigger your responsibility”.

This was not just a media soundbite. It was an imperative targeted directly at policy makers, including urban practitioners. Just as individual citizens must alter their behaviours, so cities must take the initiative. This cannot mean simply mean respecting SDGs and the programmes highlighted by the commission. It will also require the spontaneous adoption of innovative sustainable policies.

URBACT is filled with examples of cities that have gone above and beyond the criteria identified in the reflection paper. The BioCanteens transfer network is one such example. By implementing new sorting line processes and encouraging locally sourced, organic food, the network has enabled schools to find alternatives to industrial food production. For some participants this has resulted in a reduction in food waste by 80%, with no additional cost to municipalities. Another case is BeePathNet, a network designed to tackle damage to biodiversity by encouraging bee keeping. As numbers dwindle across the world, Ljubljana (SI) is now home to 180 million bees thanks to this initiative. 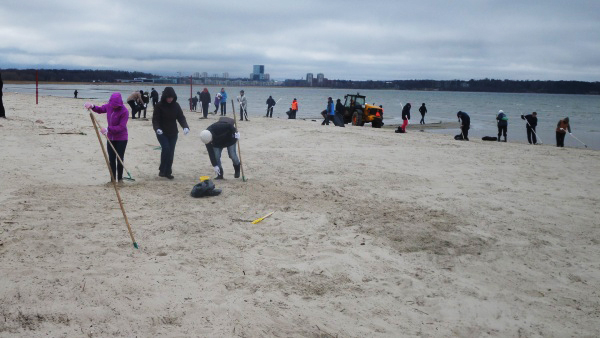 The Commission correctly emphasises the role technology can play in facilitating sustainable policy. Digital tools, though, are never just a quick fix and cannot be used as a substitute for community organisation. Cities like Tallinn (EE) provide good models of what the balance should look like. Since 1991 the municipality has been organising a highly successful annual Spring Clean Up Campaign. Using a combination of TV, posters, social media, they have been able to synchronise a mass ‘tidy-up’ across districts, tackling the accumulation of waste across the urban area as a whole. A more tech-savvy initiative of a similar vein is the multimedia platform Tropa Verde Santiago. By rewarding ecologically conscious citizen behaviour with vouchers that can be exchanged for real-life rewards, the city has successfully galvanised a new culture of recycling.

These are simple changes which can be easily implemented. EU strategy continues to evolve, but the institutions need pushing, including by cities. In the immediate term, there’s still time to give feedback to the commission regarding the reflection paper, using the Europe Direct platform. This a good start to ensuring gaps are communicated as well as ideas on policy priorities and practical tips. More profoundly, though, the reflection paper reveals the ongoing need for an organic spread of knowledge. This does not mean re-inventing the wheel. As the URBACT networks show, there are already blueprints out there that are just waiting to be redeployed in other cities. Adapting and spreading these examples would surely be a useful start in promoting sustainable practices at a pan-European level.

For more information on how URBACT networks are working to pioneer sustainable development see the publication ‘Cities in Action: Stories of Change’. 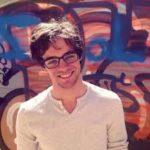