“URBACT and France, a story of mutual inspiration”: Meet the head of URBACT’s Managing Authority 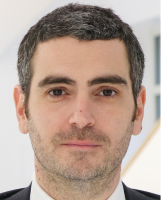 France has hosted URBACT for the programme’s entire twenty-year lifetime. Now, the relationship is set to continue, with the French National Agency for Territorial Cohesion (ANCT) retaining its role as URBACT Managing Authority for the 2021-2027 period. Four months into France’s Presidency of the EU Council, ANCT’s François-Antoine Mariani, who also leads French national urban policy targeting deprived areas, talks to Amy Labarrière. A true believer in the power of integrated urban development, he reveals how URBACT has inspired citizen participation in local policymaking across the country. And he shares his hopes for the urban dimension of the French presidency – and for the new URBACT IV programme…

AL: Your first direct experience of URBACT, the EU exchange and learning programme for better cities, was when you started at ANCT, the URBACT Managing Authority. What were your first impressions?

FAM: At the time I was encouraged, surprised even, to discover just how strongly URBACT’s objectives and methodology coincided with the aims of our recently created National Agency for Territorial Cohesion. URBACT is for urban practitioners, it helps local authorities with capacity building and policymaking support, with networking… and it’s about integrated approaches, and knowledge coming from the ground. It’s precisely these goals that the French parliament had given to the new ANCT!

Another big moment was meeting my peers at the Informal Meeting of EU Ministers Responsible for Urban Matters in Bucharest in 2019 – building on the Pact of Amsterdam and preparing for the revision of the Leipzig Charter and the Territorial Agenda of the EU. I saw that local authorities throughout the EU faced similar challenges: sustainable development, social segregation, mass tourism… and I realised the importance of towns and cities – and Member States – working together across Europe.

I’m convinced that we still have a lot to learn from URBACT, and from the good practices the programme has identified for tackling urban challenges: we should keep up our constant inspiration and exchange of lessons learnt between URBACT and ANCT.

AL: Links between France and URBACT go back a long way…

FAM: Yes, France has remained strongly committed to URBACT through each generation of the programme, seeing it as an extremely important programme for French cities – and for cities throughout Europe. This continues with URBACT IV, as France has again gained the support of our European partners from all Member States and associated countries to be Managing Authority for the new programme, up to 2027.

FAM: URBACT has inspired the development and implementation of French urban policy for two decades, and particularly the ‘Politique de la Ville’ since 2014. Citizen participation, for example, is something URBACT has promoted consistently – you might even say it was a pioneer here in France. As a result, involving residents in the development and implementation of urban policy was introduced as an objective of France’s 2014 ‘Framework Act on Town Planning and Urban Cohesion’ in deprived neighbourhoods – our 1500 or so ‘quartiers prioritaires’. And today, local participation is central to our actions for social cohesion, economic development and employment – and physical urban development too, as we want people to get involved in co-designing urban renewal programmes.

Another strong dimension of URBACT is ‘integrated, sustainable urban development’. This inspired France’s local pacts, known as ‘contrats de ville’, encouraging a cross-cutting, global approach that takes into account all aspects of daily life in an area. France had been trying to encourage such integrated actions with the Politique de la Ville for 40 years. And finally, the 2014 Act included local pacts as a solution to turn this notion of ‘integrated urban development’ into real improvements on the ground. An integrated approach also means including ‘human’ considerations along with physical aspects of new building developments: social cohesion, access to jobs, attractiveness of the area, potential for economic development… These ideas embodied in our work since 2014 stem directly from URBACT’s approach.

And then there’s the big issue of equal rights for women and men in the city. URBACT has been at the forefront of encouraging gender equality in urban policy, planning and services: here too, France has been inspired by URBACT’s methodology and good practices. The emphasis on gender equality that we introduced into our national ‘politique de la ville’, particularly from 2019 on, draws largely on URBACT’s work with cities such as Villiers le Bel, Rennes... As a result, gender equality must now be considered in all ‘Politique de la Ville’ budgets, and local investments – in sports facilities, for example.

AL: Can you tell me a little more about the ‘local pacts’?

FAM: Local pacts are the EU equivalent to France’s ‘contrats de ville’ proposal, designed principally to fight urban poverty. We worked on local pacts in the framework of the Urban Agenda for the EU – the Pact of Amsterdam – with expert support from the URBACT team. It was an URBACT ‘capitalisation’ action to help European towns and cities of all sizes access EU funds. It’s interesting as URBACT is helping us encourage other countries to learn from our ‘contrats de ville’ in France. And originally these ‘contrats de ville’ were themselves inspired by URBACT’s notion of integrated urban development. It’s a story of mutual inspiration!

We’re also cooperating with URBACT – particularly the ActiveCitizens network – to advance France’s work on citizen and stakeholder participation in co-developing urban projects. This includes an event at the European Parliament in June with EU-level roundtables and workshops to exchange experiences in local participation.

AL: France is well into its presidency of the Council of the EU. In terms of supporting towns and cities, you’re continuing work started for the new Leipzig Charter – with a particular focus on ‘Just City-Making’. What key moments can we look forward to?

There’s a whole programme of activities – with a strong social dimension that we believe has been insufficiently addressed by the Urban Agenda for the EU so far.

With URBACT, ICLEI and the OECD, and support from the European Urban Knowledge Network, we’re organising a series of policy labs on “The Art of Just City-Making” – on 20 and 26 April, and 16 May.

The 26 April event, on digital aspects of the ‘Just City’, will showcase good practice from the URBACT network ActiveCitizens and the town of Agen (FR). Digitalisation is a big question for all local administrations. Everything is online now – and fractures are appearing in society, especially deprived neighbourhoods and rural areas. It’s all very well having an all digital approach, but we urgently need to work out how to include certain people, for example those who don’t have internet access or the skills needed. URBACT networks and cities have so far made enormous progress on digital challenges, working closely with local actors to find inclusive solutions.

Our open discussions in these webinars will contribute to ‘Just City’ recommendations for policymakers to fight growing inequalities, including the digital divide, and make sure EU funds help the people who need them most, so that no one is left behind. We’ll give Member States practical steps to put the Leipzig Charter into practice.

FAM: Yes, it’s great to be hosting the Festival during France’s presidency – I’m looking forward to it! National and city representatives will finally be able to meet their peers, in person. It’s also important as it marks the official launch of the new URBACT IV programme, again strengthening France’s links with URBACT. And it’s our chance to show more French towns and cities just how life-changing URBACT is, and hopefully incite them to join new networks.

AL: The number of French towns and cities joining URBACT networks has increased already in the past few years. Do you know why?

FAM: I think in towns and cities across France there’s a growing understanding that URBACT brings real added value. Word is spreading that URBACT provides useful tools, methods and support for better local policies, strategies, local services, and it motivates urban practitioners and local groups to work together and make improvements. It’s also a way to focus on certain aspects of local policies that deserve to be explored. For example, Agen took time to build up a network and define its specific focus on digital tools in local governance. Mayors and other local politicians are starting to see that URBACT will boost their city’s visibility and act as a gateway to more EU funds.

AL:  What are your main hopes for the new URBACT IV programme, due to be launched later this year?

FAM: I believe there’s a real value in continuing cooperation between EU towns and cities. The programme will keep on strengthening capacities for European cities to tackle new urban challenges, giving them the tools they need to develop sound strategies, work in an integrated way, and encourage participation with local actors, stakeholders, residents… All, while trying to cut our carbon footprint, by holding more meetings online, for example.

We’re also counting on URBACT IV to feed recommendations into improving national urban policies. URBACT provides a really valuable, practical connection between national administrations and the reality for people living, working and defining policies in our towns and cities.

Already URBACT III broadened its scope for networks to tackle a range of themes, and this flexible, responsive approach should continue in URBACT IV. New problems are emerging all the time – the pandemic, urban health pressures… The new programme runs until 2027 – it’s a long way off! We want to make sure URBACT continues to adapt, help cities become resilient, and find realistic solutions to deal with future challenges.

Events to look out for!