L. O. Story - Not yet the Chemnitz Transfer Story

The ALT/BAU transfer does not only take place on a European level and not only in big cities. Parallel to the Housing Agency receiving the URBACT Good Practice Award 2017 and the start of the ALT/BAU Transfer Network's work since 2018, the Housing Agency's methods were adapted in the neighbouring city of Chemnitz, Limbach-Oberfrohna. (For marketing reasons often called L.O.)

Where did it happen?

Limbach-Oberfrohna is a large district town in the southwest of the Free State of Saxony, formed on 1 July 1950 by the union of the towns of Limbach and Oberfrohna. Though this city of 24,000 inhabitants has rather profited demographically from the proximity to the ten times larger Chemnitz, the profound structural and economic change in the past decades has left its mark in the city-scape too. Limbach-Oberfrohna has a unique settlement pattern from its history of one of Europe’s centres of stocking and glove manufacturing. Besides some large-scale textile factories, the manufacturing took place in more than 100 small to medium-sized factory buildings attached in the backyard of streetside dwelling houses, usually stand-alone units of modest building quality. Many of these units have fallen into disrepair and have lost all or parts of their functions. Some have already been lost to demolition. 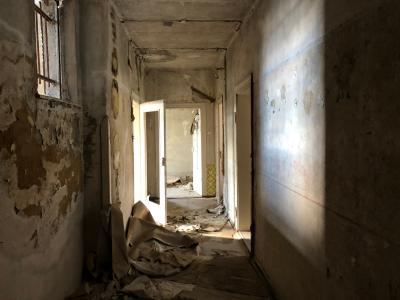 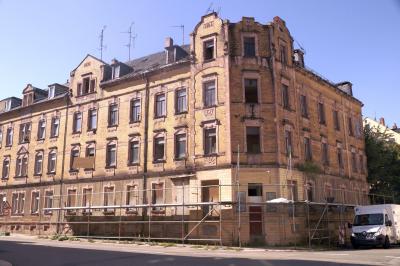 This is where “Altbaumangement Limbach-Oberfrohna” started out from in 2017. As in Chemnitz, the project is managed by WGS (private limited company), a long-standing private partner in the field of urban development. Through the scaling down of Chemnitz’s Good Practice approach, the city commissioned a tool and the capacities for a task that promises to make a tangible change to its cityscape and fill in a gap in what the city administration alone is able to achieve.

How did it happen?

The core methodology applied in Chemnitz could be transferred without profound adjustments: A team of two people from the fields of urban planning and facility development actively approach owners of problematic buildings and act as a coordination hub or matchmakers between them and the city administration, potential investors and users, and other stakeholders.
The expected benefits are clear:

What were the differences?

Still, the challenges that the Altbaumangement faces in Limbach-Oberfrohna differ from those encountered in Chemnitz: The buildings are much more heterogenous – from single family houses and mixed compounds to a few large-scale industrial estates – and these structures offer opportunities beyond mere residential use. 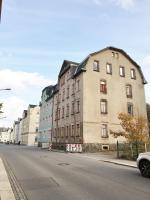 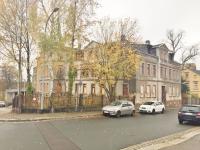 Thus, the Altbaumanagement learns to be more flexible also towards the approach of potential investors. While in Chemnitz, the 6-15 flats tenement buildings are usually sought by professional investors and developers, the investors in Limbach-Oberfrohna encompass a much wider spectrum of self-users, local craftspeople and professional developers. The city of Limbach-Oberfrohna is actively pursuing the goal of having the buildings renovated and used by residents of the town. Chemnitz could not have been so selective in the early years of its “Housing Agency”. This is why the City of Chemnitz has now – as a result of the evaluation of the agency – decided to foster local investment: “Chemnitz invests in Chemnitz”.

To the team’s surprise in Limbach-Oberfrohna, one challenge seems to be even more prominent than in Chemnitz: The very individual problems in the ownership situations of the buildings demands even more individual and often cumbersome approaches. Still, as it is in Chemnitz, this is where the ALT/BAU approach plays out its strengths and leads to surprising results in hopeless cases. Just like extraordinary Waldenburger Straße 3, the listed but endangered Oststraße 16, or the almost forgotten Albert-Einstein-Straße 38. Furthermore, the dynamics within the much smaller city administra-tion of Limbach-Oberfrohna and in the cooperation with the team of the Altbaumanagement is different from that in Chemnitz.

Given the fact that the revitalisation processes in buildings usually take a few years to materialise in renovation and reuse, the project in Limbach-Oberfrohna has just grown out of its “teething phase” and the original needs have just begun to be mitigated. Time will tell if the good start will be sustained by the results and if – in a few years – the Altbaumangement will have done its job right to make itself redundant for the city of Limbach-Oberfrohna.