URBACT has just launched 5 National Practice Transfer initiatives to test the transfer of good practices in cities of the same country.

What is a National Practice Transfer Initiative?

A National Practice Transfer Initiative aims to transfer a good practice adapted by a city involved in an URBACT transfer network to 5 -7 non-URBACT III cities, at national level and in national languages.

The 5 initiatives, as seen below, are managed by National URBACT Points from Czech Republic and Slovakia, Estonia, Ireland, Italy and Slovenia, who have identified 5 URBACT cities (Brno, Tallinn, Cork, Mantova, Idrija) willing to transfer their good practices to other cities of their country. 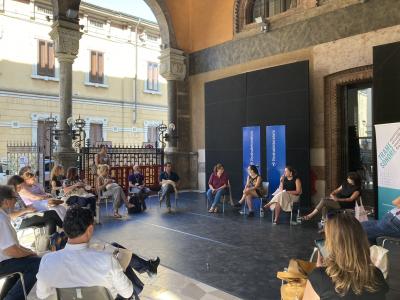 From June 2021 to December 2022, all participating cities with the help of the National URBACT Points and URBACT experts will meet online and in-person to examine how they can transfer the practice, will create a local group of stakeholders (URBACT Local Group) to co-produce a transfer plan, and implement actions related to the practice. Each initiative is accompanied by at least one URBACT expert in terms of methodological and thematic approach. While the initiatives end in December 2022, actions at local level are expected to continue beyond 2022.

With an envelope of EUR 111 000 per initiative managed by National URBACT Points, participating cities are not burdened by any administrative or financial costs  when it comes to meetings, support, trainings and guidance by URBACT experts and the URBACT Secretariat.

These initiatives try to respond to different stakes:

Looking to the future, if these five national initiatives prove successful, the URBACT IV programme can consider the transfer of more/other good practices to more countries.